Can both the overlapping genes (in opposite strands) produce proteins?

I have recognized that both the forward and reverse transcripts from a genomic location code for protein products. Both do occur/express in the tissue of interest. In order to eliminate by chance probability, I have screened my entire list of genes and there are 6 different examples. I would appreciate if anyone having the knowledge about such exceptions could guide me further.

Is this phenomena of protein being coded from both directions (of a given genomic location) possible? Are there any known examples?

While overlapping antisense RNAs are quite well known, there are very few examples in which both the RNAs from the pair can code for proteins. However, it is not impossible. I can cite one validated example: RU2S (DCDC2) and RU2AS (KAAG1) pair.

While RU2S is constitutively and ubiquitously expressed, RU2AS is specifically expressed in kidney, bladder, liver, and testis. It is also expressed in certain tumours (Peltz and Dougherty, 1999). 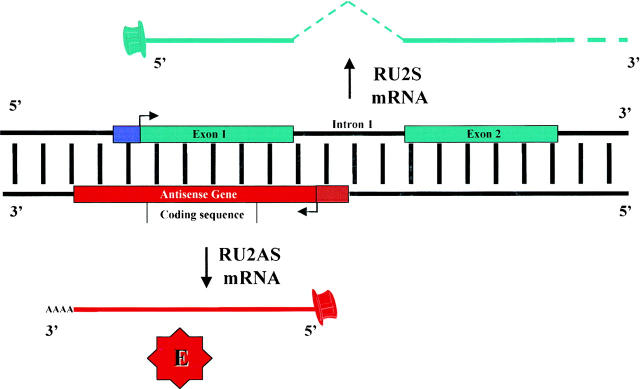 Not the answer you're looking for? Browse other questions tagged molecular-genetics genomics or ask your own question.

1
How can both strands of DNA code for proteins with similar functions?

5
What are some examples of genes that code for multiple proteins?
4
Can genes be expressed sequentially?
1
Trouble understanding overlapping genes.
4
Is there selection against long proteins and long genes?
1
Can it be said that proteins determine phenotypic traits?
4
Are the human genes' promoters all known?
1
How can both strands of DNA code for proteins with similar functions?
10
Why did scientists think humans had 100,000 genes (before the Human Genome Project)?
0
Are all fusion genes somatic in origin or can fusion genes be germline?
2
Is it possible to distinguish between coding and template strands from the sequence?