What species of fox is this?

I found this picture of a fox in a news article about arctic foxes in Sweden (source), but I'm not sure whether it is actually an arctic fox. 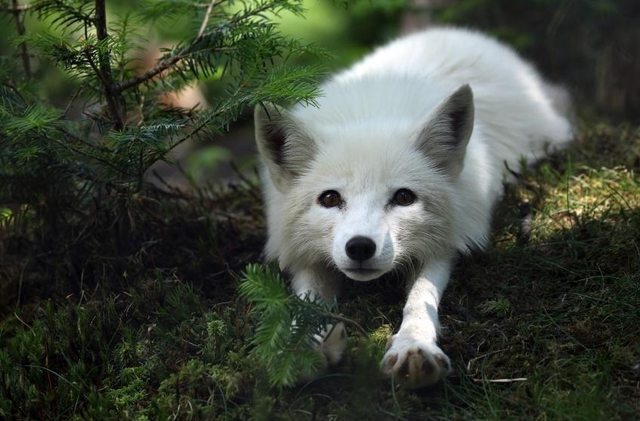 On the one hand, it has white fur, which is the correct winter coat for an arctic fox. On the other hand, the fox's ears do not have the distinctive shape of arctic fox ears, but ears that look more like red fox ears.

The image credit given by the article is just "iStock", so I searched iStock to see if I could find more information about the photo. I found another photo of the same fox here, also labeled as an arctic fox, but not really any further information. 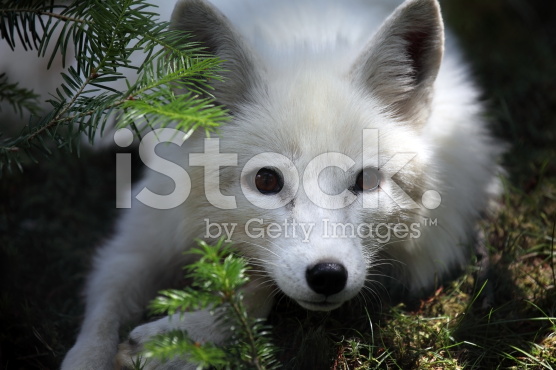 What species is this fox?

This is a white morph red fox, not an arctic fox.

As noted in the question, this fox has larger, more pointy ears than an arctic fox, and the second picture shows it to have a longer muzzle as well.

Another clue is that these pictures were taken in the springtime or early summer (which you can tell from the new growth on the plants in the picture), and that arctic foxes are only completely white during the winter. During the spring, an arctic fox should look like this: 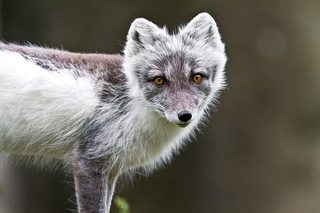 You can also easily tell that the fox in the picture is not an albino, because of the dark pigment in the nose and eyes.

The red fox has quite a few different color morphs, and this fox looks to be a white color morph. 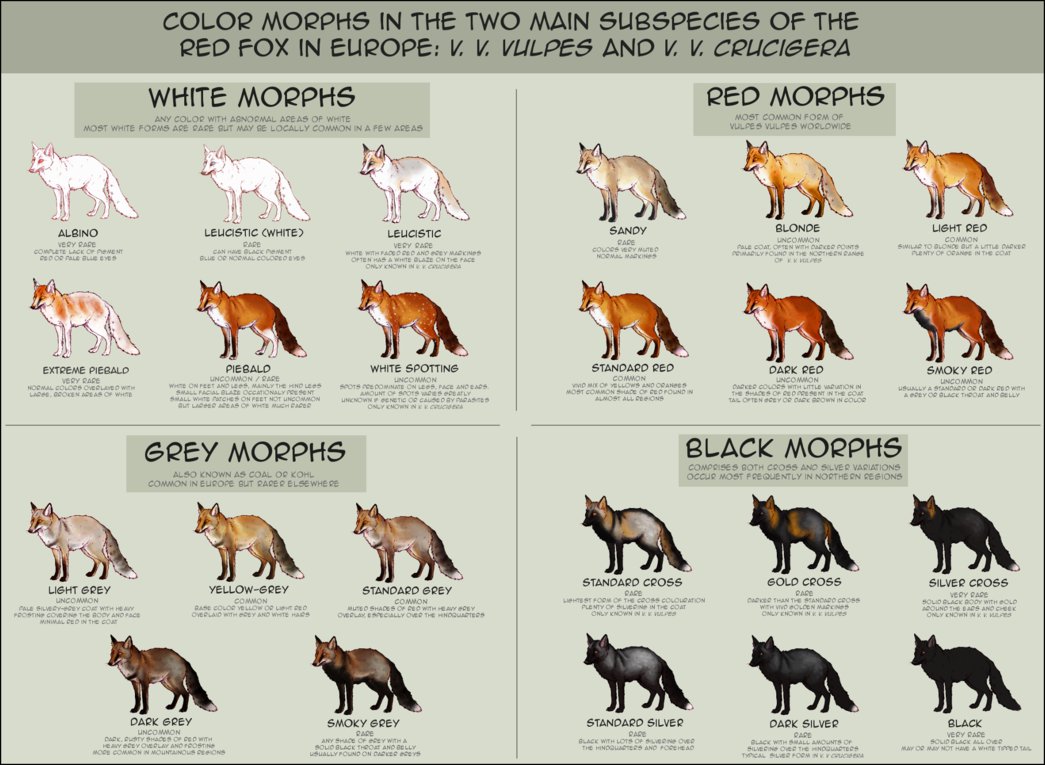 In that diagram, this fox would be labelled as leucistic (white).

Here are some other white morph red foxes: 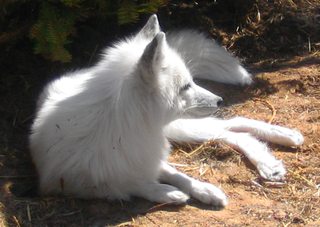 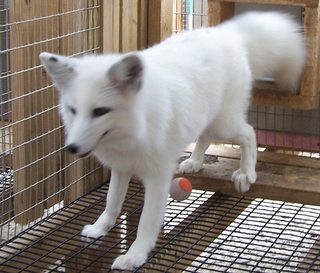 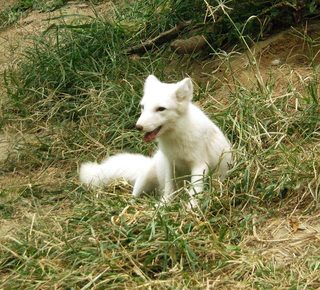 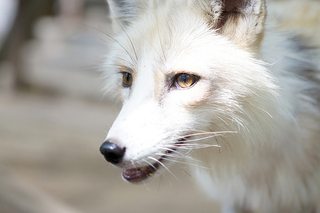 3
Identify this waterfowl species?
3
How can fennec foxes eat scorpions?
13
Plant identification — Phuket, Thailand
6
What is this white/translucent with brown back, larva/worm creature I found, in the UK, on my lettuce?
0
Are there any animals that maintain white fur year round?
1
Identify an animal (Japan, urban area)
3
What is this bug found in a garden in Utah?