Moth with silver marking on wings

This is a moth that we found on a curtain inside the house a couple of days ago. Unfortunately, these pictures did not come out as well as I thought before I realized it outside. But I was struck my the silver-white eyeglass-shaped spots on the wings. It also had an interestingly shaped head, but that didn't come out well. The closest I have come to identifying it is that it looks similar to a Dot Moth, but those don't seem to be native to Southern California (Los Angeles).

It was about an inch long, maybe less. It vibrated its wings after I disturbed it. 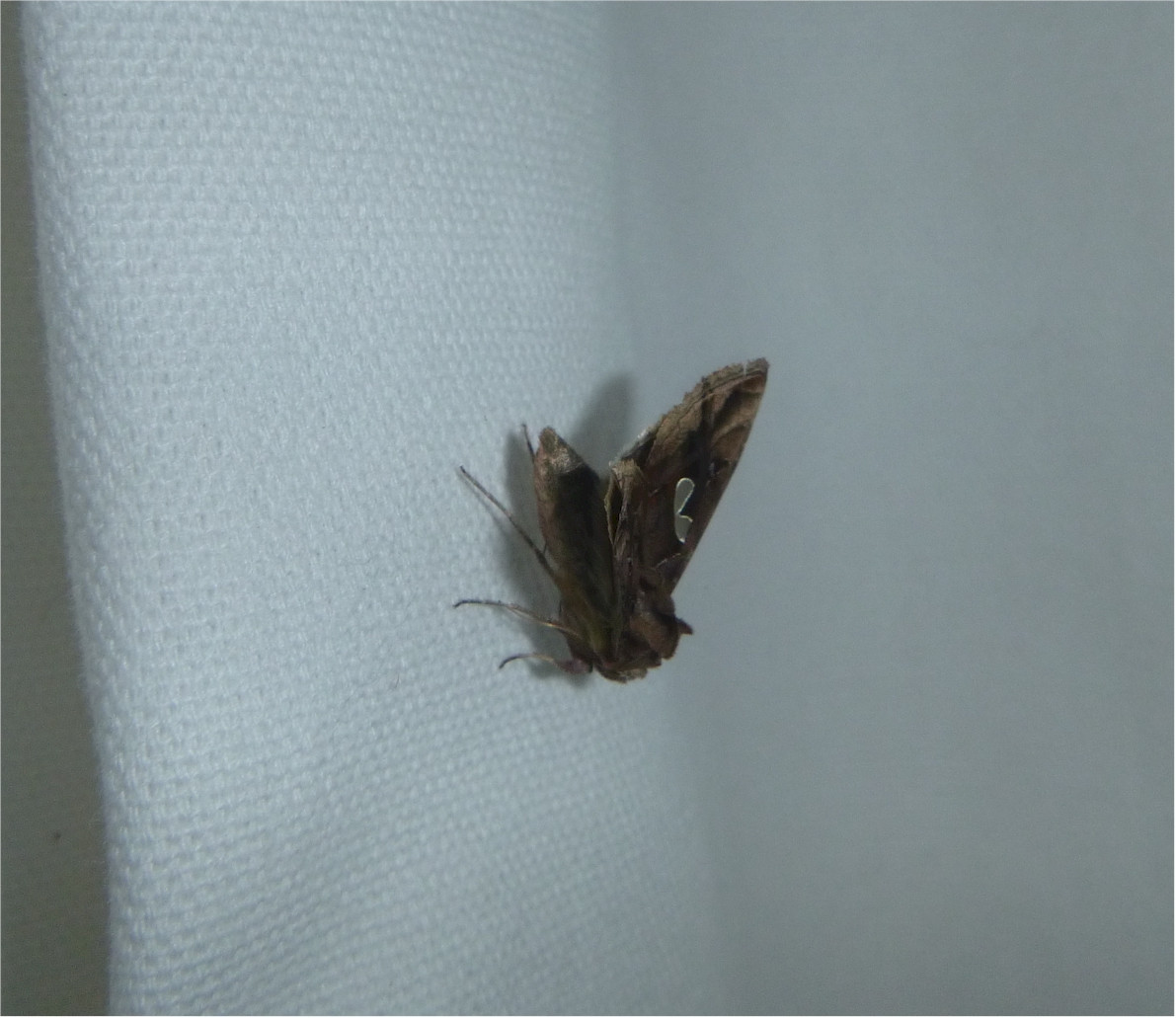 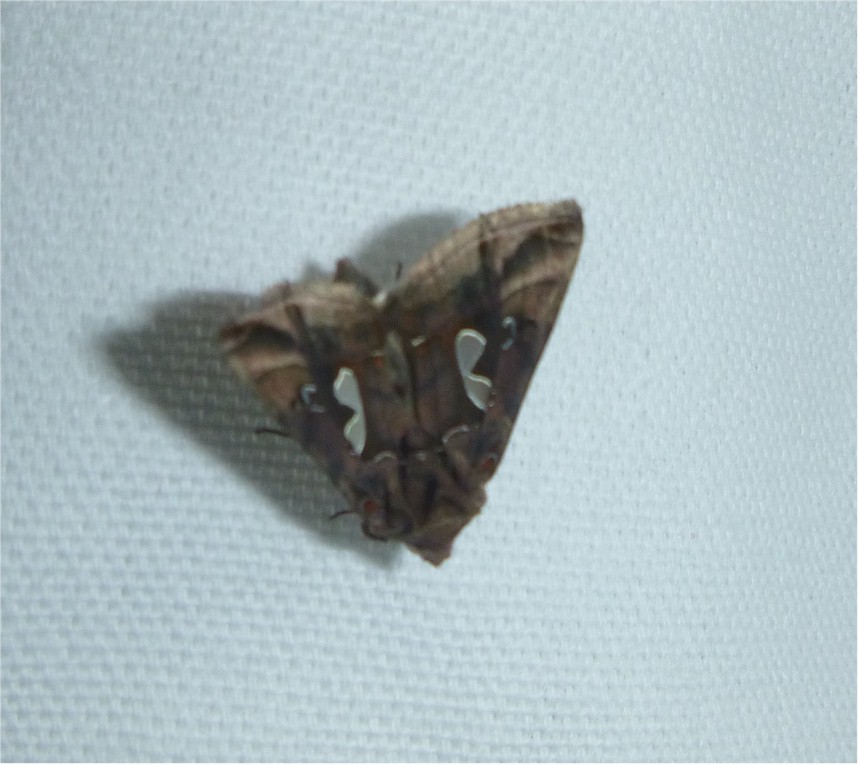 species-identification entomology lepidoptera
Share
Improve this question
edited May 4 '16 at 23:38

Based on the overall apparence and the distinctive metallic patches on the wings it looks like a moth from the subfamily Plusiinae (Looper moths). I'm not familiar with North American moths, but after a quick check at species found there Megalographa biloba (Bilobed looper moth) seems likely, and this species is also found in California. 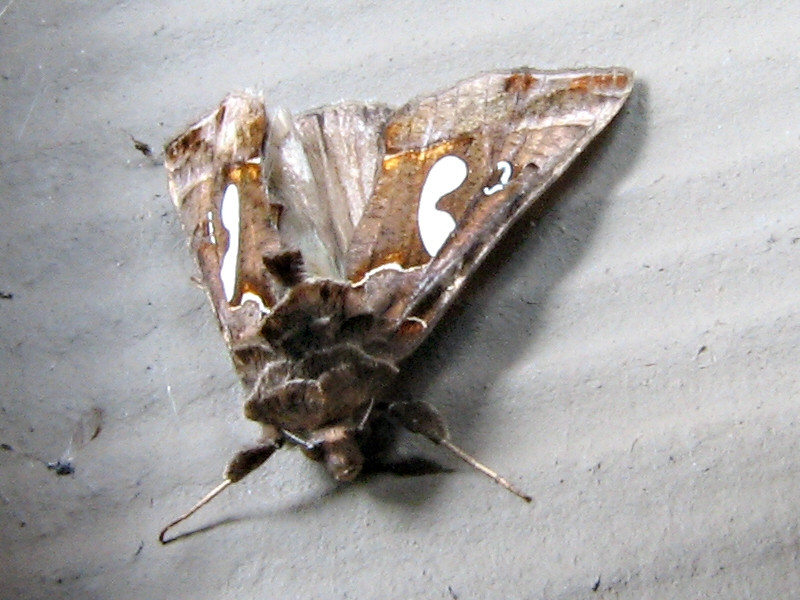 Also see the pictures at Bugguide.net.