What is this crawling next to my house?

I just found this outside my house while walking the dog. I was thinking it's some kind of slug? It's been raining a lot lately and today, so maybe that has something to do with it being on the pavement. I live in South Central Indiana, US. When it wasn't stretched out, I'd say it was 2-3 inches long. 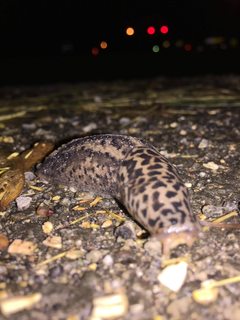 It looks as though it has a keel along it's back (the area behind the mantle shield.)

If so (and I think it is), it would be a keelback slug, the coloration strongly suggesting a leopard slug (Limax maximus): 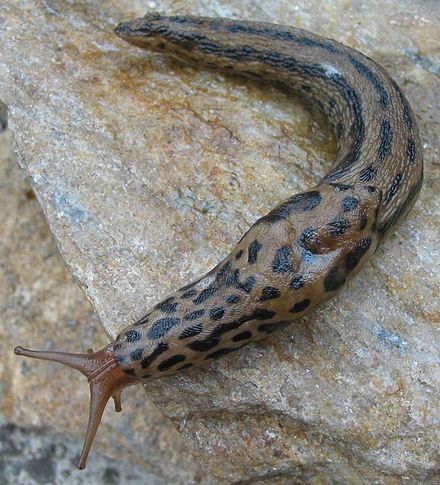 Coloration varies but the general pattern is a spotted spotted mantle sheild about a third of its length in size, with a striped tail.

The major doubt I have is the size. It looks smallish in the photo. Leopard slugs are very large. Perhaps it's a juvenile.

2
Help identifying an insect (I think it was an insect)
3
Help identifying spider found in central Indiana US
6
What are these tiny creatures swimming around my aquarium?
1
Identify an animal (Japan, urban area)
4
Have I identified this species correctly? Weird ocean blob
3
How is Elysia chlorotica classified as an animal capable of photosynthesis?