How do I tell if the mosquitos in my New York City apartment can carry Zika?

The species that carries Zika, A. aegypti, is unlikely to be found in New York. However, the related species A. albopictus is prevalent and quite concerning. So this question is focusing on A. albopictus (if I may editorialize I would suggest leaving the title closer to the real question of interest, and disambiguating the species as the first step in resolving it).

According to the CDC

Zika virus is transmitted to people primarily through the bite of an infected Aedes species mosquito (A. aegypti and A. albopictus).

I understand New York has IIRC the aegypti species and Zika has appeared.

My apartment gets mosquitos rather randomly every couple months. Understandably I want to figure out how much effort I should put into preventing or getting rid of them. I can describe their behavior here and maybe that's enough information. If not, do I need to get out a magnifying glass or sequence DNA? (Which I did once in college but I wasn't very good at it).

If you're curious my preferred life hack is keeping my living room slightly warmer than my bedroom. And also, you know, killing all of them.

So, are these behavior traits useful? Can I identify them as opposed to other New York inhabiting mosquitos? Is a DNA test necessary?

This is a reasonable question, and I was surprised to find that official information on whether Aedes aegypti is present in NYC isn't very clear. I personally would have thought that NYC was quite far beyond the range of Aedes aegypti (the 'yellow fever mosquito', believed to be the main vector of Zika virus in the ongoing emergence event in South America), and the New York City Department of Health apparently agrees with me:

Aedes aegypti has not been found in New York City.

...(emphasis theirs) which seems pretty clear cut. However, the CDC recently published a map claiming that NYC is within the potential range of Aedes aegypti.

It's not really clear exactly what they mean by this. From the webpage:

A related species, Aedes albopictus, is sometimes found in NYC during the summer and is probably capable of transmitting the strain of zika virus currently circulating in the Americas (see for example this recently-published experimental infection study). Aedes albopictus has been the major vector in some previous zika outbreaks in other parts of the world.

(Edit (14th June): A group of mostly-CDC entomologists just published a map of locations where Aedes aegypti and Aedes albopictus have actually been collected between 1995 and 2016 here, and there's an NPR article explaining why the maps are different here).

Whether the density of this species or the temperatures are sufficient to sustain transmission for any length of time in a climate like that of NYC is a more complicated story. The CDC even adds:

But you've asked whether the mosquitoes in question can carry zika, not whether they're likely to be good at it, so I'll leave it there. The short answer is that if they're Aedes mosquitoes, then they might be able to.

So how do you know if they're Aedes mosquitoes? Aedes are visually quite distinctive; they have black bodies with white stripy abdomen and legs: 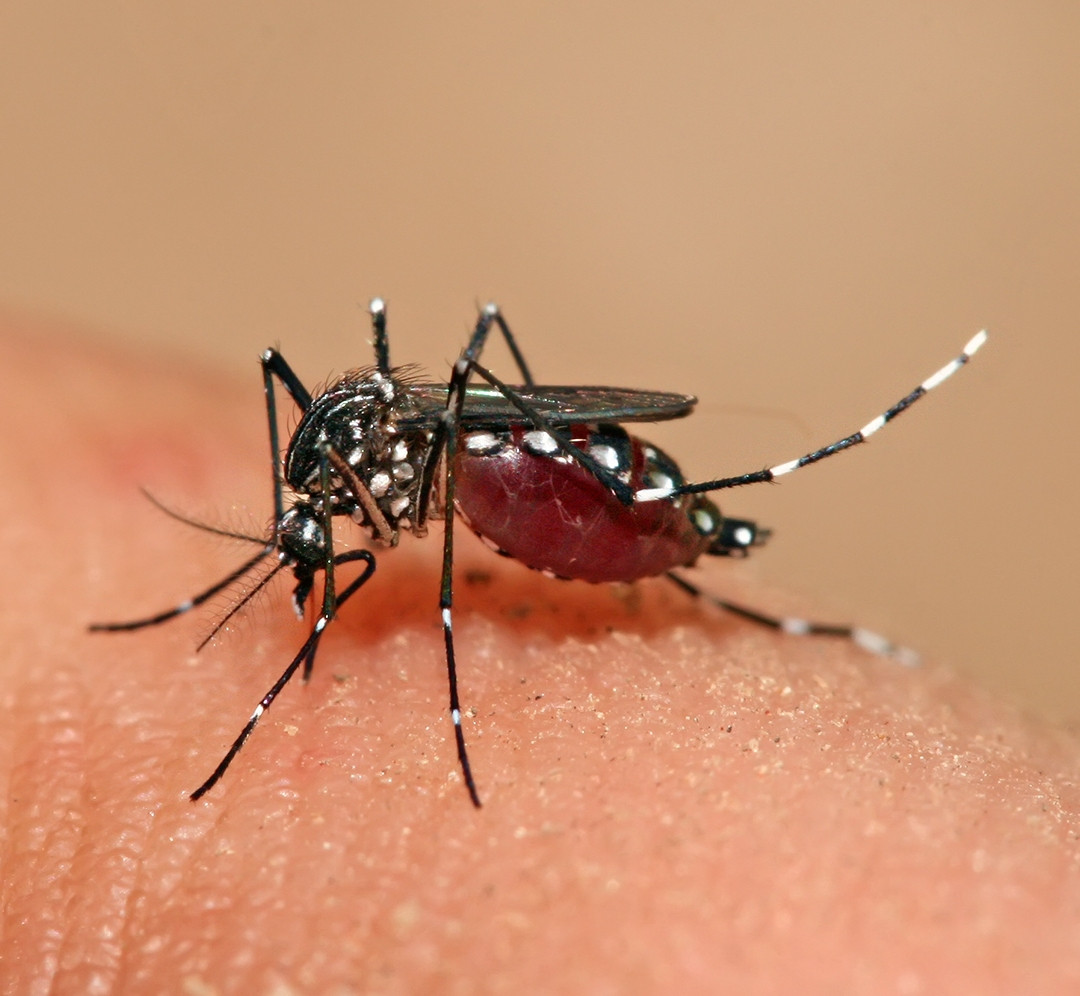 Aedes are also generally day-biters, so if you're getting bitten at night that makes me suspect you've got something like Culex mosquitoes instead (which might be able to spread West Nile virus, although that's a different story). These are dull brown.

If you do find you have Aedes and you'd like to try to identify them to species level, you could collect some dead ones and look at their thorax. If you take some photos and post them here as a species-id question you'll probably get an answer pretty quickly, but this figure illustrates the difference between aegypti and albopictus:

(Image from WHO (1995) Guidelines for Dengue Surveillance and Mosquito Control, Second Edition)

There are better images here but I think these are under copyright.

You're very much out of range of Aedes Aegypti, which is the primary carrier of Zika. Albocitus is a much more theoretical carrier, whose potential for spreading disease is much less. There have been no locally acquired cases in the mainland US this year. The odds of a New Yorker being the first to catch it are ridiculously long.

Not the answer you're looking for? Browse other questions tagged human-biology virus epidemiology or ask your own question.

12
What can the timing of human urination tell about the human's physical condition and circadian rhythms?
2
How to detect Zika in mosquitos
4
How long do viruses, such as Zika, stay in the body?
4
Olympic's epidemiological impact on Zika?
2
If the body continuously produces new sperm, how is there room for it?
1
How can the recurrence risk ratio be calculated?