What is this little white creature?

Please identify this little and soft white creature. Since childhood I am seeing this things flying in my surroundings and nowadays they are seen occasionally. 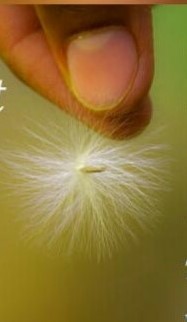 It is, as stated by @rg255 a seed (or actually a fruit, see below). The seed itself is the small brownish thing. The white hairs are attached to make the seed fly with the wind. Looking at the seed and the hairs, I think the seed belongs to the daisy and dandelion familie asteracae/compositae. Altough there are other possibilities, see comments.

EDIT: @AlwaysConfused is right if he states that in case of daisy family, it should be called a fruit, that containes one single seed. To be more precise, it is an Achene/Cypsula. In many species, what is often referred to as the "seed" is actually a fruit containing the seed. The seed-like appearance is owed to the hardening of the wall of the seed-vessel, which encloses the solitary seed so closely as to seem like an outer coat. Info derived from here on fruits and seeds and more specifically on Achenes/Cypsela here

Almost certainly a fruit or seed, having wind-dispersal mechanism.

But it could be 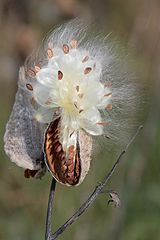 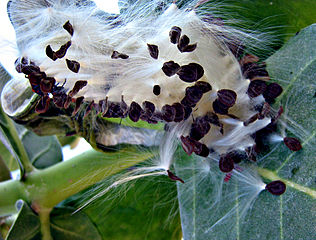 Or may be a

Pappus looks same as coma; but from viewpoint of development it is different from coma. Most of the asteraceae member's fruits (these grain like structures are not seeds but fruits ('Cypsela', as user @RHA mentioned), containing 1 seed), contains persistent calyx; which is known as pappus, and commonly adapted for dispersal with air.

A flower of Tridax procumbens showing epigynous calyx, which will later be persisted with fruit (from inferior-ovary) as pappus. Image Source 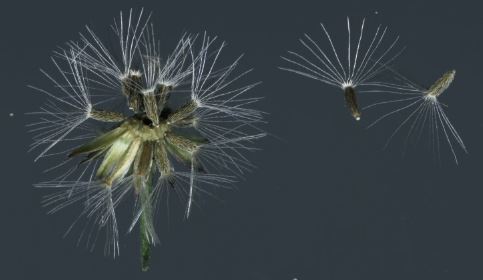 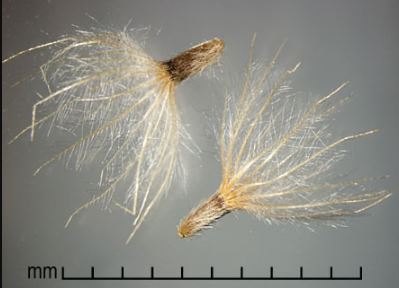 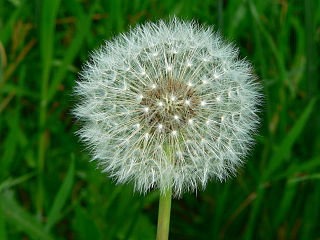 This is a Taraxacum inflorescence (matured), showing fruits with pappus, attached with the receptacle, and a single fruit is like this: 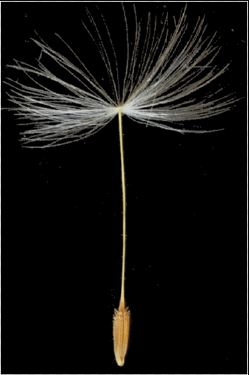 15
Identify ~6-7mm long green creature
13
What tree is this?
6
What is this strange horned, slug-like coral reef dwelling creature?
3
What is this tree and fruits?
17
What is this little owl-like bird?