The snake is about one and a half inches in diameter at its widest, a half inch at the head, and about two feet long. I found it in central New Mexico. It's hard to see the head in the pics, but it wasn't triangular or any bigger than the body/neck 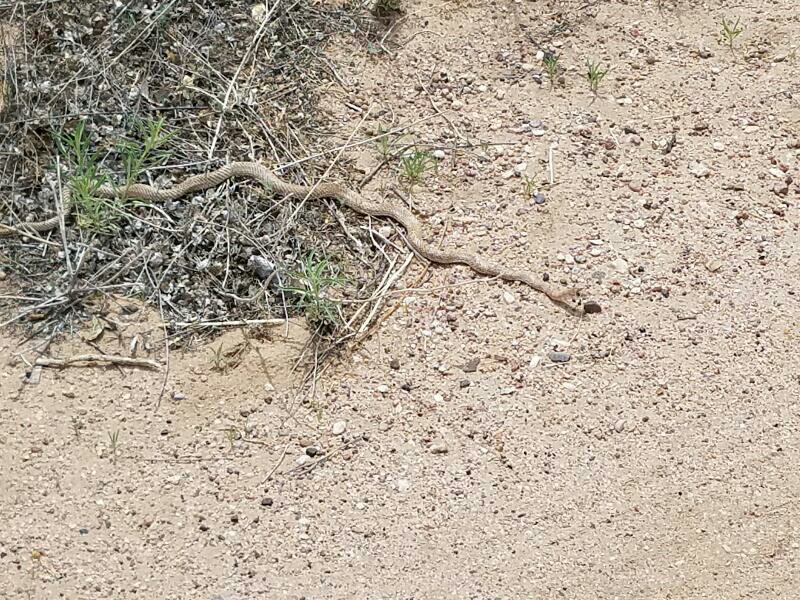 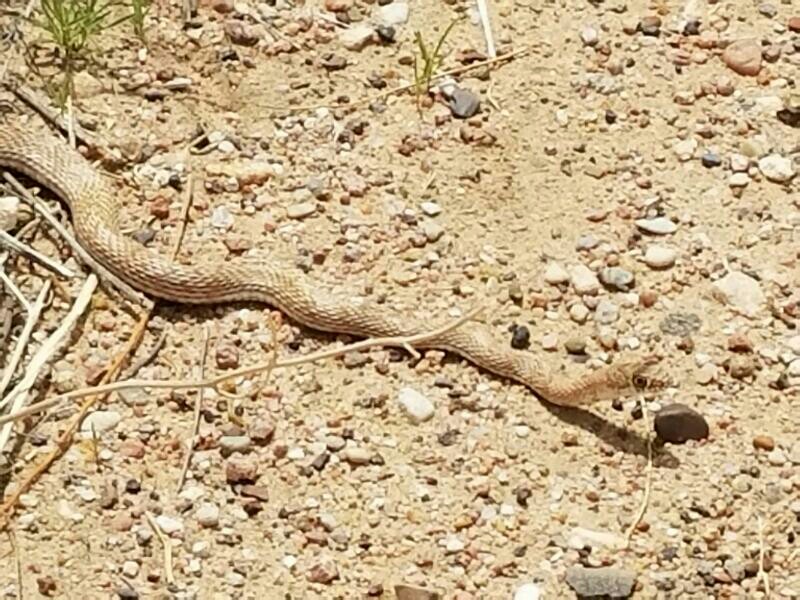 It's difficult because the image quality is low, but there are some key features that can be made out which suggest it to be a Western Coachwhip, or "Whip snake", Masticophis flagellum testaceus.

There is not a huge number of species in New Mexico, and most have quite clearly different patterns and coloration, which brings it down to just a couple of species. With respect to colour and pattern, the main candidates are Western Coachwhip, New-Mexico Ridge-Nosed Rattlesnake, Mojave Rattlesnake, and Prairie Rattlesnake.

We can rule out the rattlesnakes because of the shape of the pupil; like most poisonous snakes, the rattlesnakes all have a "cats-eye" pupil, while in the second picture of yours it's fairly clearly a round pupil, which is a feature of the Western Coachwhip.

The slender head is a very telling feature that suggests Coachwhip.

The length is also about right (I'm going to suggest though that the one in your photo is perhaps more than 2 feet/60 cm - it looks bigger to me using the surroundings as relative measures); Coachwhips are in the region of 1-2 metres (3-6 feet) when fully grown.

The range is also perfect for the Western Coachwhip, though Sonoran Coachwhips are also found in southern areas of New Mexico. However, you list this as central New Mexico, so that virtually rules them out.

It seems, given that your picture is in the daytime, that it is diurnal (unlike many species in New Mexico which are nocturnal).

9
Spider identification
16
Identifying a thin, black, worm-like creature with a hammer-shaped head
7
What species of snake found in central Alabama, US?
3
is this an insect?
3
Species I.D. hardwood tree
1
10 inch spider near Mexico City
1
Water snake with a yellow criss-cross on a black background?