In Southern California, I was pulling out some roots and grasses and weeds in our backyard, and I noticed something weird. It appeared like there was a grape-sized bulb of something connected to one of the roots below the top layer of dirt. I didn't puncture it or anything, but do you have any idea what this could be?

It reminded me of two things: an air sack on kelp and a potato.

Edit: I took some more photos, and I tried to break it apart. I was able to break it in half with one hand, easier than a potato but harder than a grape. It was a little juicy inside. I took more photos too.

Edit number two: We have dandelions. Does this seem like it could be a potato dandelion? 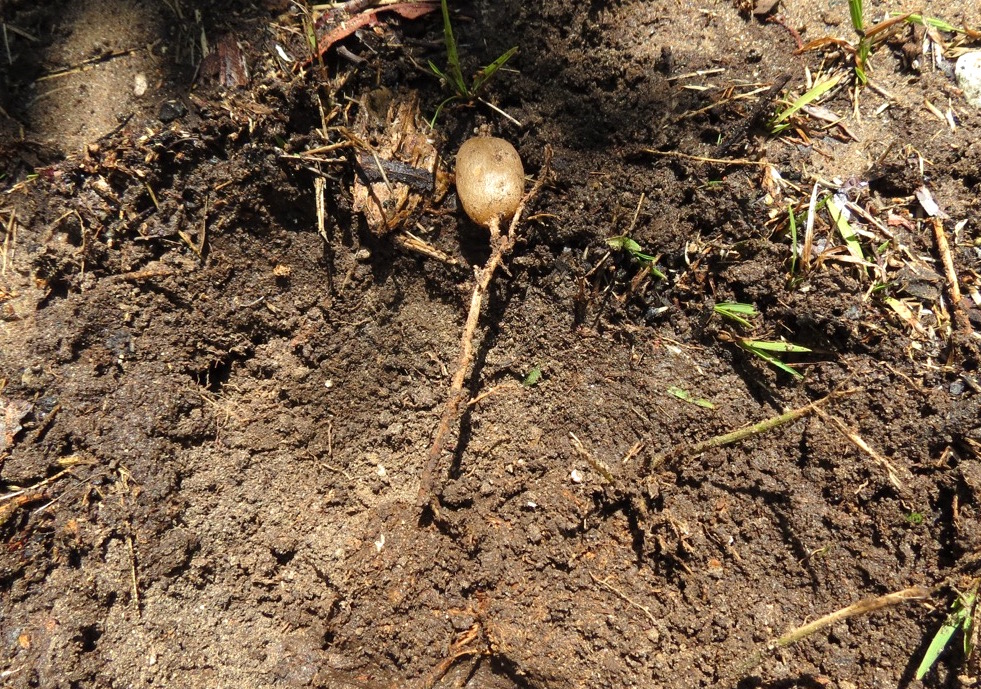 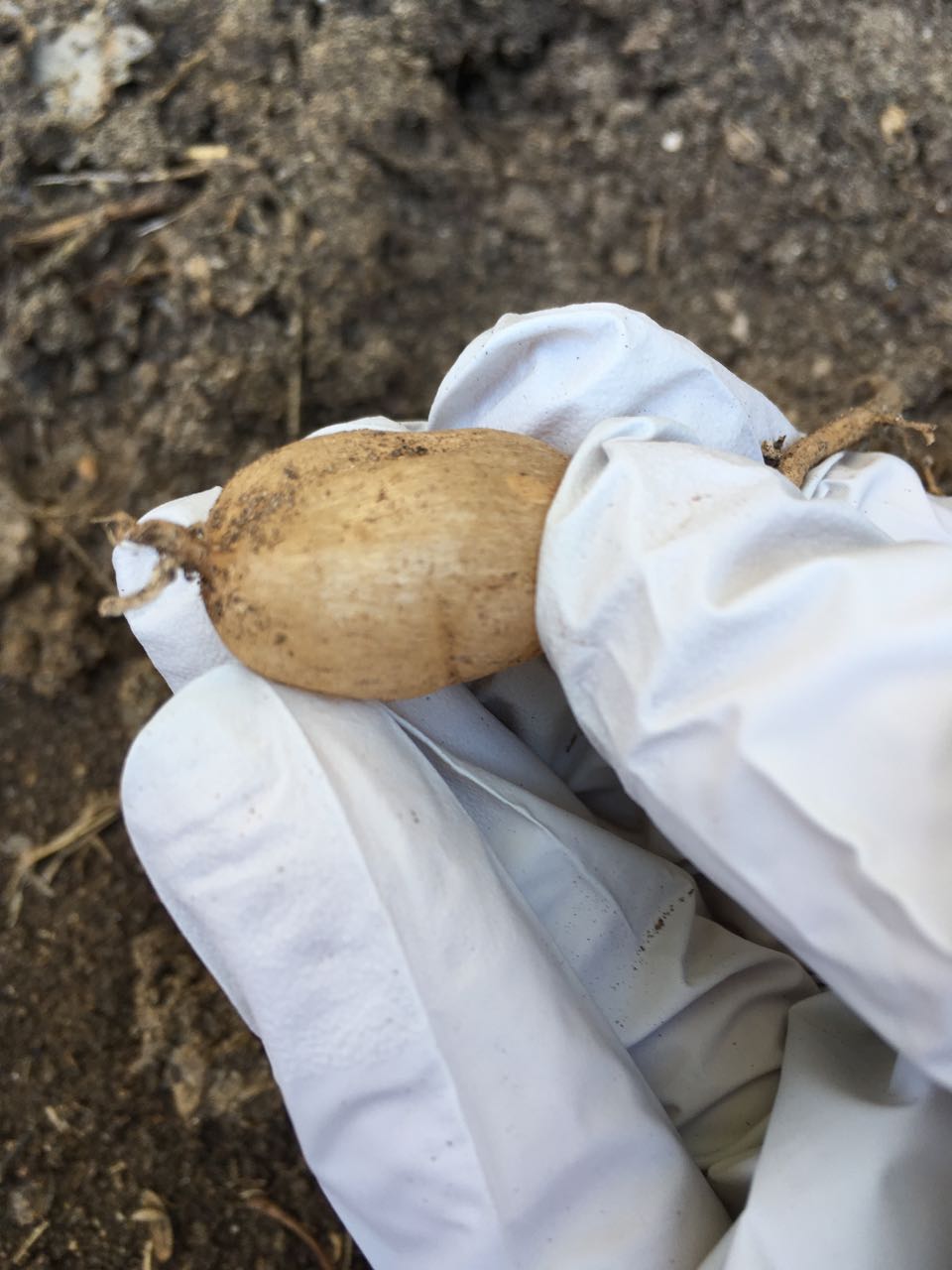 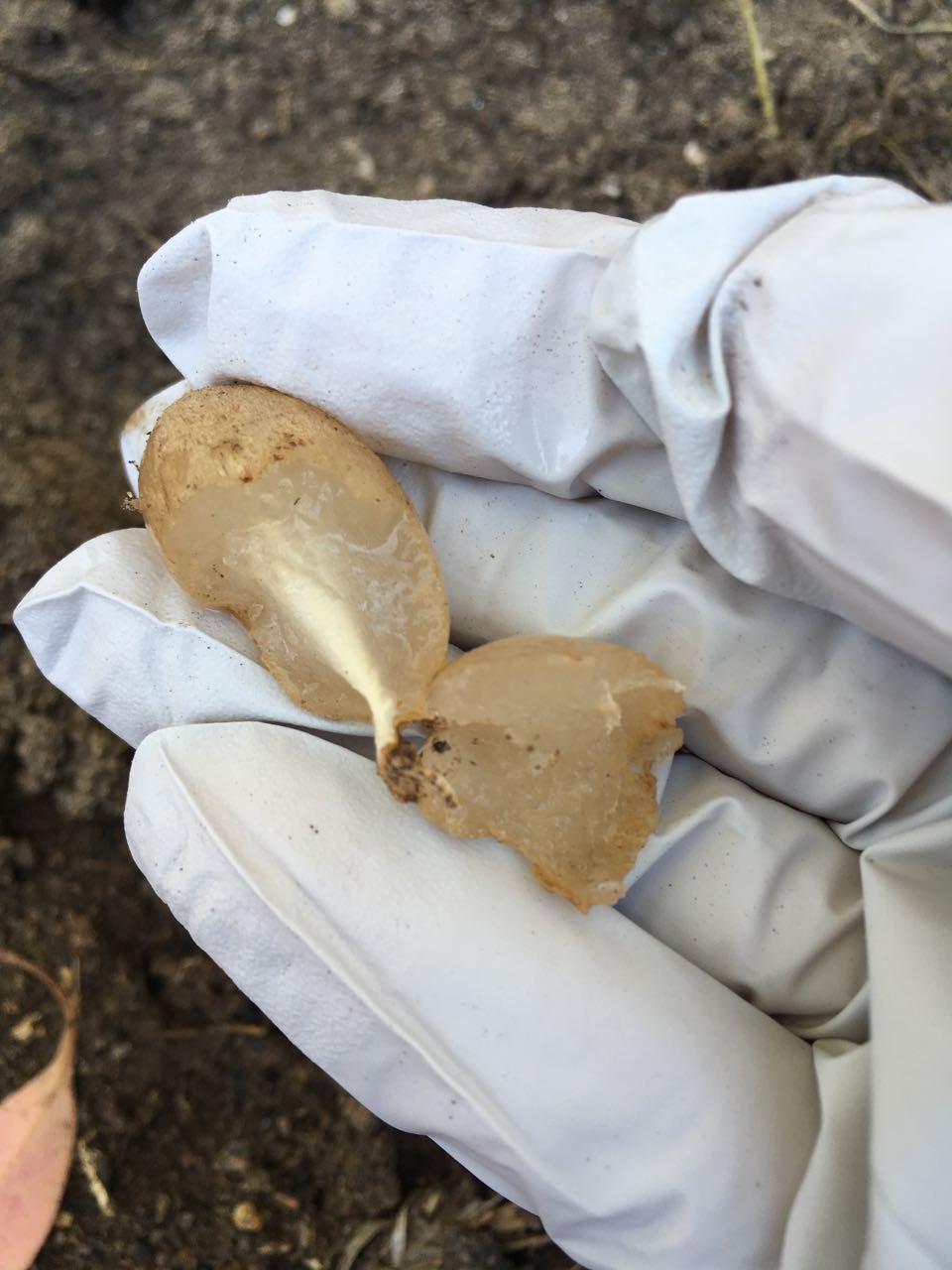 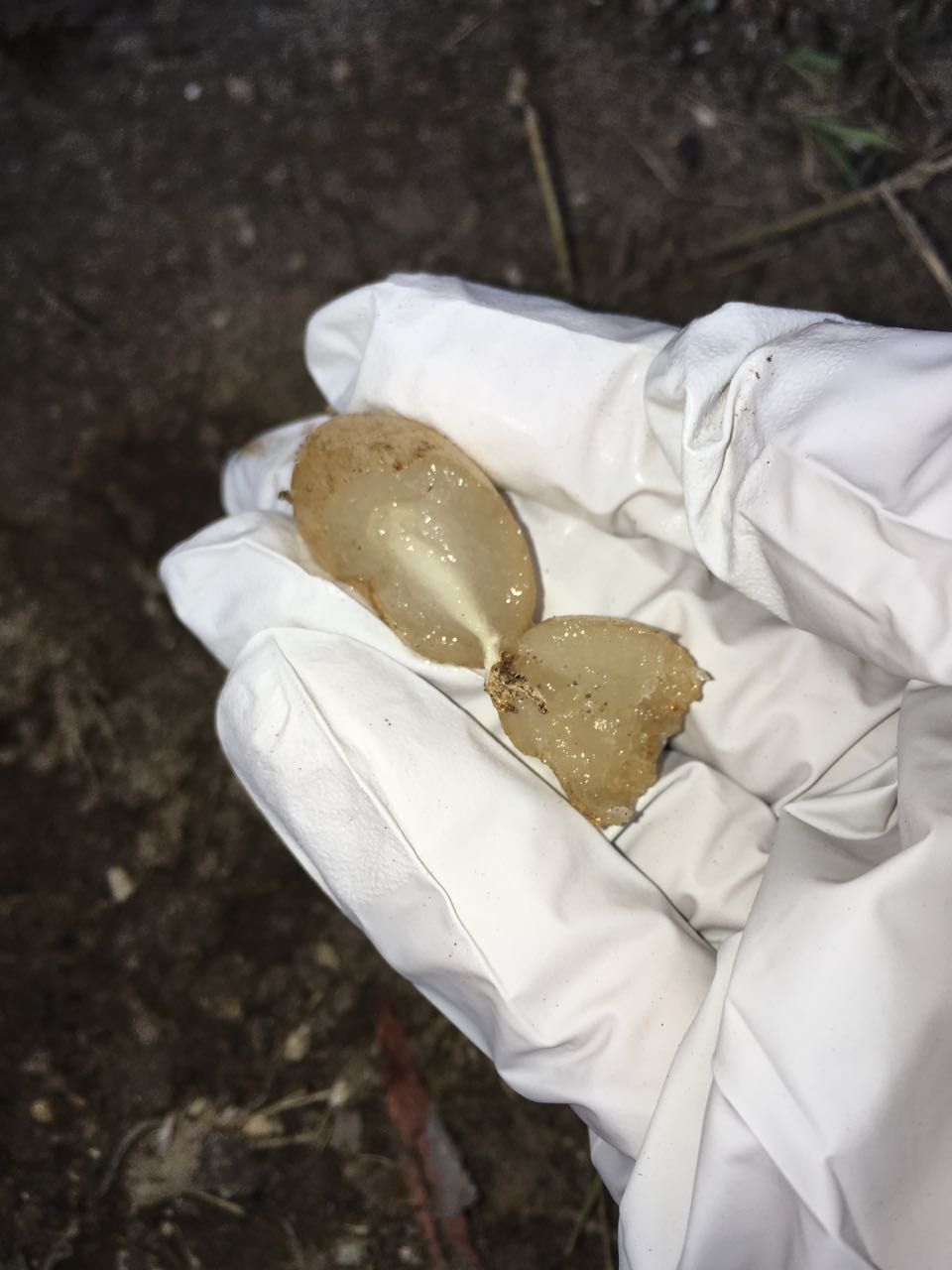 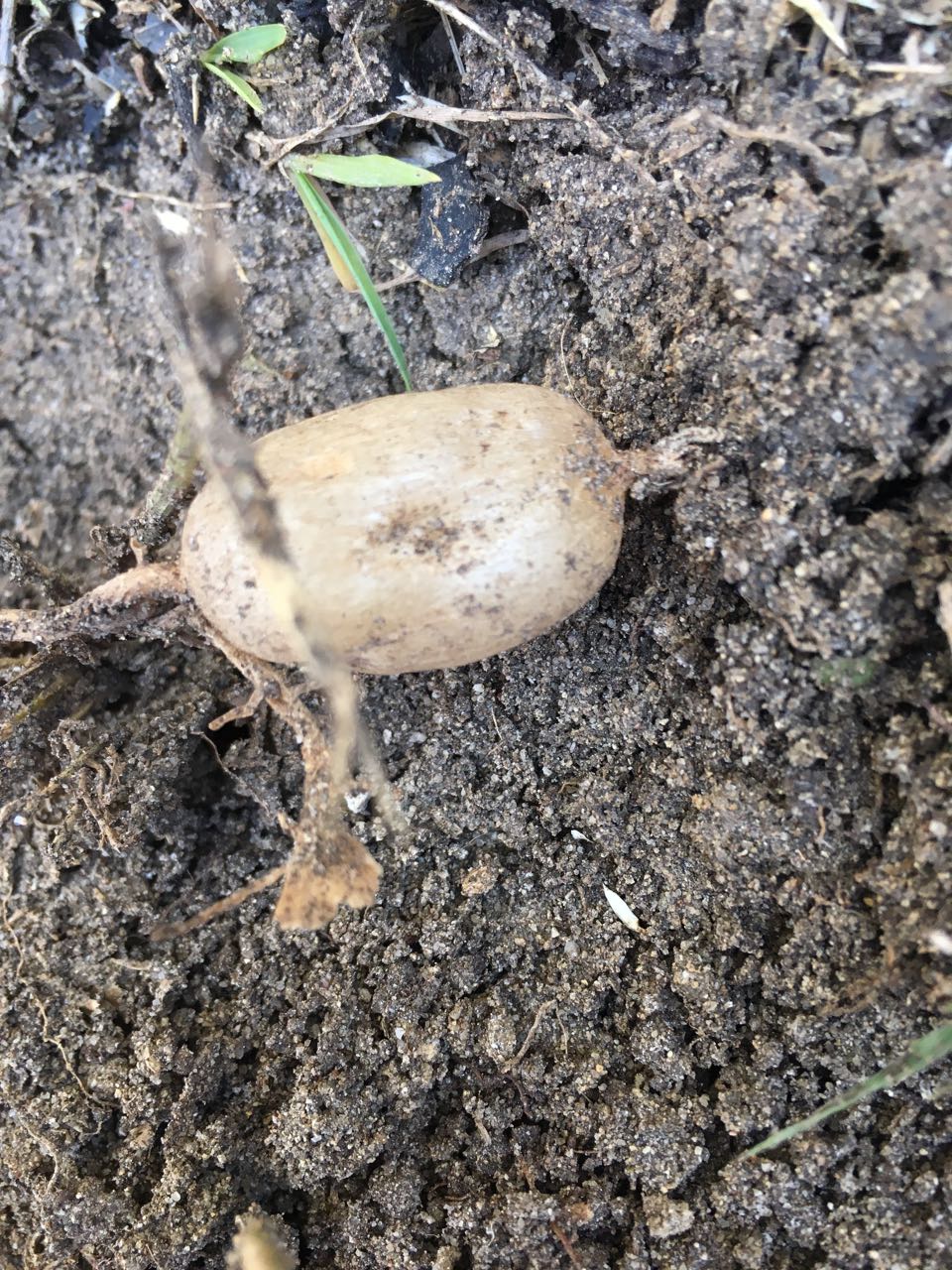 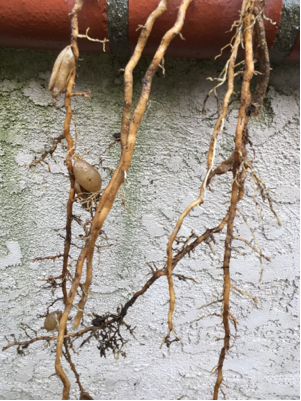 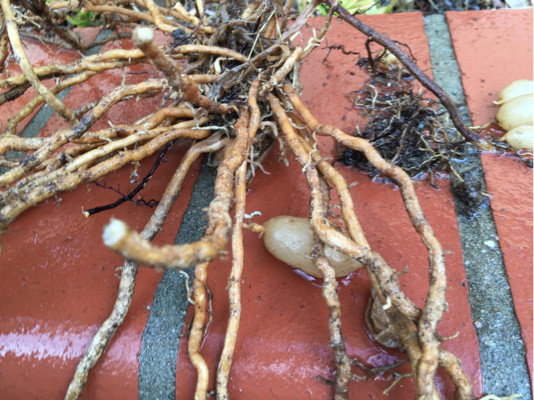 Edit #3: So we have a lot of Dandelions and I thought these roots appeared to be connected to dandelion plants, so at first I thought they were potato dandelions. However, we I pulled out a different plant nearby, and it had very similar looking tubers connected to the roots. It was a small plant, but here's the picture, and a picture of a larger plant that I think is the same species as this one, but mixed with a bush. Can anyone positively identify it? 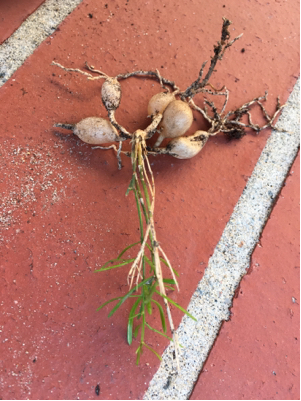 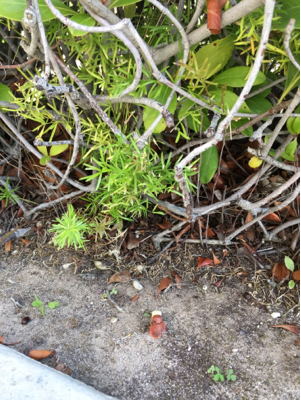 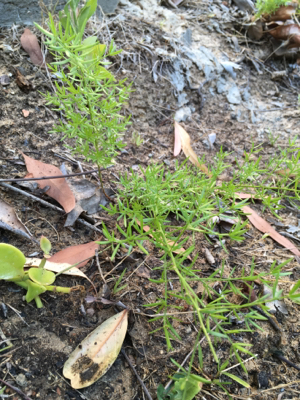 Edit #4: Here's more pictures of the plant I'm seeking to identify, which appears to be a more developed individual on a neighbor's property, and it even has berries: 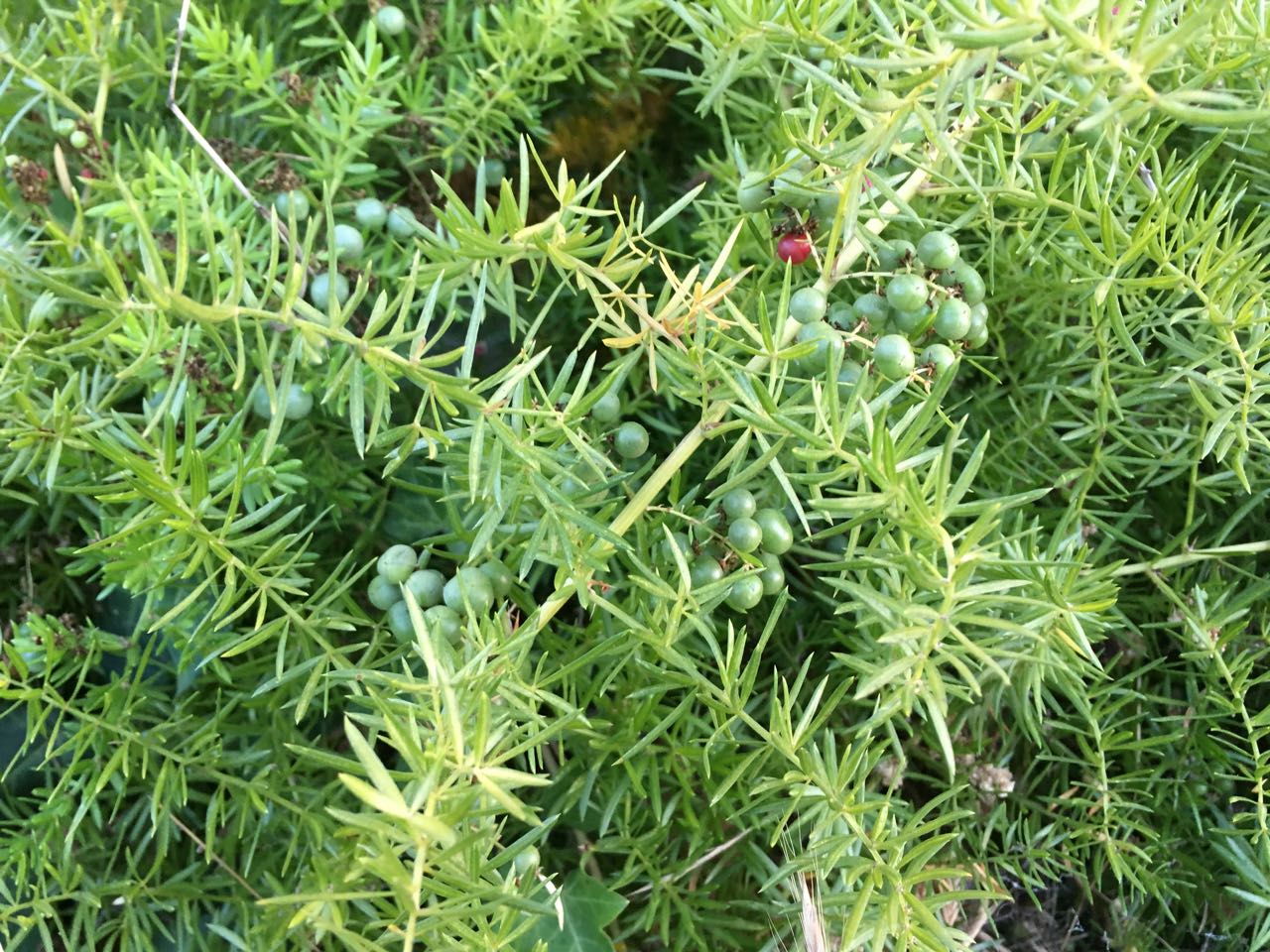 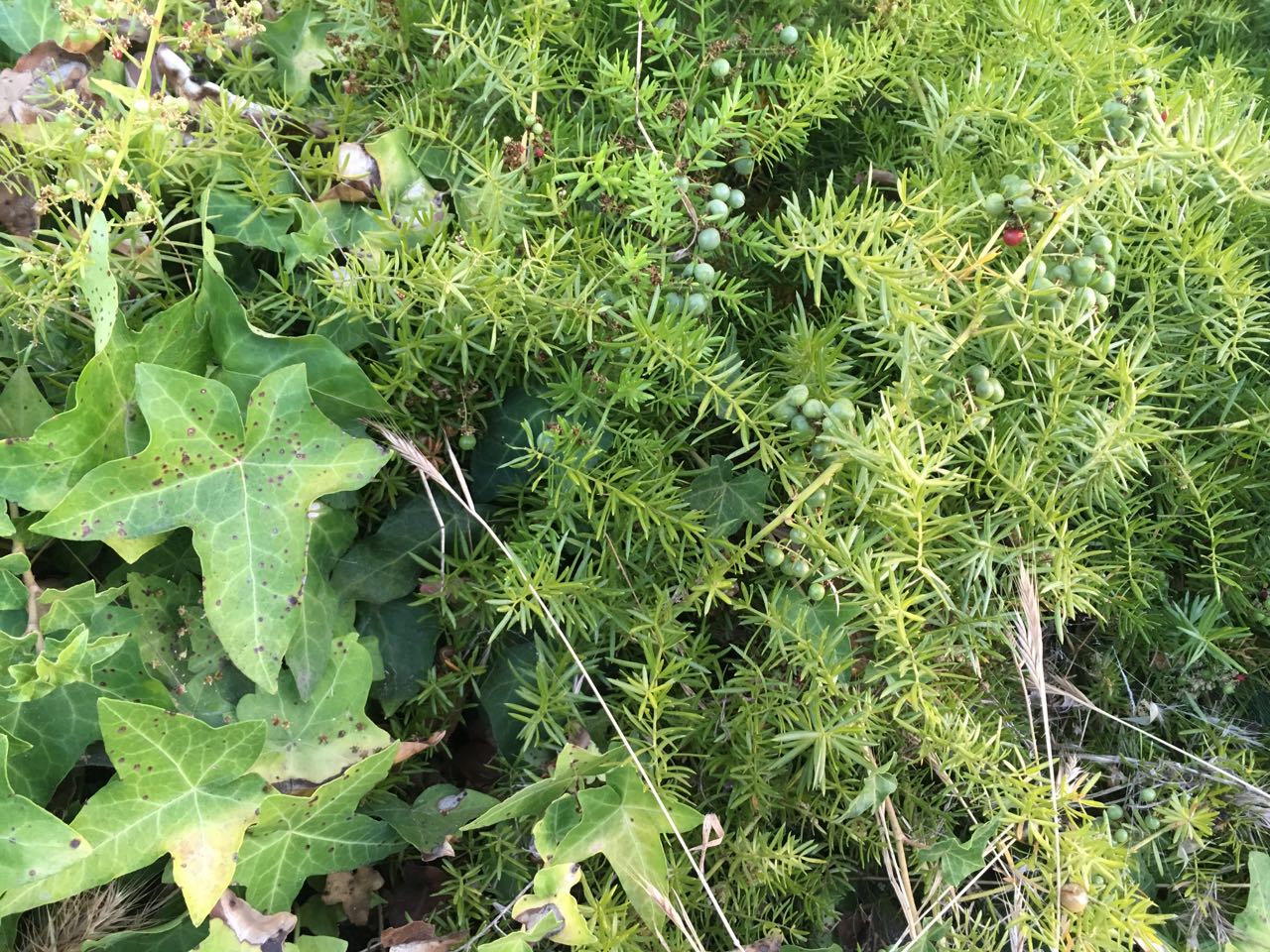 This is an Asparagus species, and the root bulbs are storage organs. Unfortunately, I can't identify the species. There are 219 accepted species currently in TPL. I presume this is an ornamental plant. As far as I can see, the species is not recorded as naturalized in California.

Those are root nodules. They grow on root of plants (primarily Fabaceae) . They aren't harmful (but I'm not recommending to eat them). They are natural adaptation that ensures the plant's survival. They are important because they store water too for the plant during periods of drought.

Root Nodule this is an asparagus fern. a very invasive plant.

About the plant's specie, well, I can't determine. I'm not good at determining plant specie by roots.

Not the answer you're looking for? Browse other questions tagged botany species-identification plant-anatomy or ask your own question.