How likely is it that a person's progeny has an inheritable disorder based on this pedigree?

A person (let's just call him "John") had 3 aunts that died back in the 1950's in early childhood due to an unknown form of neuromuscular disorder. One died at birth, one at 2 years and one at 3 years. John's father was the only surviving descendent of John's grandparents. John and his brother do not show any symptoms. John's brother has a daughter who shows no symptoms. John has two sons, one does not show any symptoms and his other son is a 4 month old who is exhibiting signs of some sort of neuromuscular problem.

John has provided me with a pedigree that he believes is correct (note, the ones with the blue square are the ones that exhibit the symptoms): 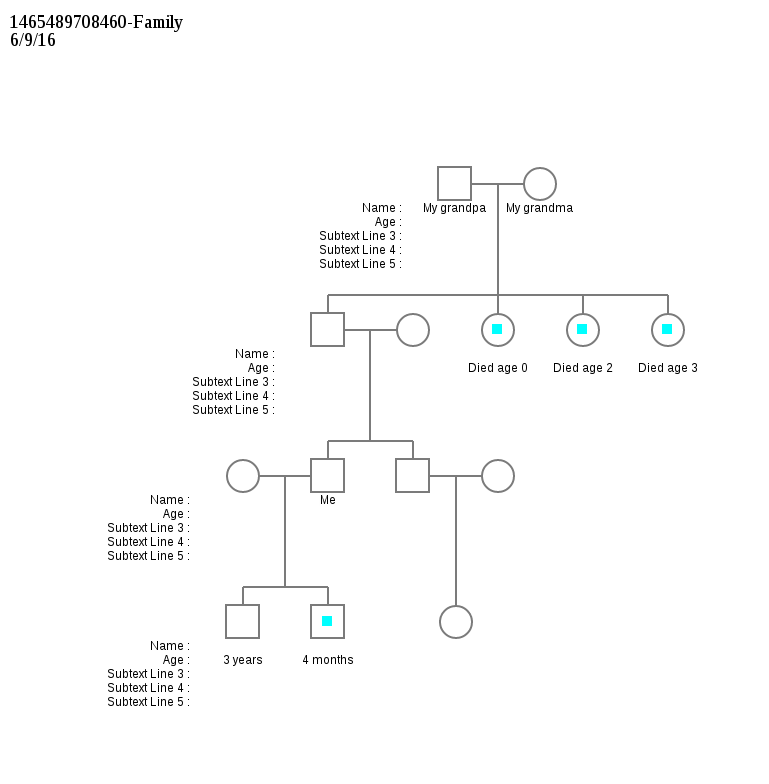 I took a bit of genetics in university, but basically I am just trying to understand the genetics here. These are my assumptions. Please correct me if any are wrong:

However I really feel like I'm wrong about these assumptions since the math really doesn't add up. The likelihood that so many carriers for a relatively rare disorder all coming together and the fact that 3 of the 4 offspring of the grandparents died with only a 25% chance all seems improbable.

It could be that John's son doesn't have the disorder and what he has is something completely different. What do the geneticists say?

This is a very rough draft about the case, not verified, and should not be used for any medical conditions. Ask your own doctor. It is just for demonstrating some Mathematics and genetic passing generally.

Muscular atrophy as a condition jumps over a generation. The environment/living of your greatgreatgrandfathers determine your grandfathers future, as a rough estimate. The disease's common feature is recessive autosomality. Assumptions

Proposed probabilities where the random variables $X = disease$ and $Y = carrier$ such that the subscript 0, -1, -2 and -3 is about new children's, John's, parents' and grandparents' status, respectively. Both of John's grandparents must have been carriers \begin{equation} P(Y_{-3}) = 100\% \end{equation}

The probability of being a carrier is for dad, aunts and uncles (TODO think this gain with the appropriate genetic passing) \begin{equation} P(Y_{-1}) = 50\% \end{equation}

Disease as a process

To understand this better, we should know how the generation $-5$ lived. Can you get it?

Test if the two independent statistics $X_{-3}$ and $X_{-1}$ are from the same population. If you assume it, put it to assumptions.

You propose 25% probability for generations series $-3, -1, 1, ...$. You can test this. Select the statistical significance $\alpha = 0.05\%$. Select the appropriate probability density function or teach neural network to it.

5
Genetic carrier Pedigree of Recessive Traits
3
Assessing probability from a pedigree
4
Bayes theorem for mutations
3
Can DNA test of my grandparent's brother reveal my heritage from that branch of the family?
1
Solving a Pedigree Between Heterozygous Half-Cousins
8
If a mother had a child with her own son, could a paternity test yield positive result for the son's father?
1
Subtracting shared DNA with half-sibling
2
Question about manifestation of an X linked disease (homework help)
2
Really having problem comprehending this Hardy-Weinberg example from biology textbook