What I mean: does the human cell have 46 of these: 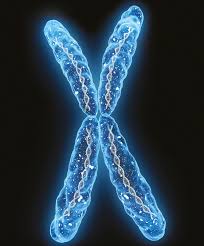 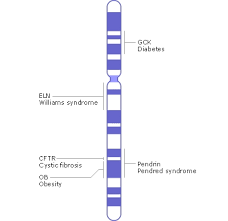 Your first picture shows a chromosome that has been (1) condensed and (2) undergone DNA replication. During G1 interphase (normal cell activity; not dividing), your chromosomes actually do not look like either of the pictures. They look more like a mass of noodles (called chromatin; look at the image provided below); it is only during prophase (step 1 of mitosis, where the cell undergoes division) that the chromosomes condense into the form you have depicted in picture 1. Now, in G1 interphase, you only have single chromosomes. You have 46 of these, which can be grouped into 23 pairs—23 from your father, and 23 from your mother. Remember they aren’t condensed during this stage.

I have also included a diagram of the cell cycle: 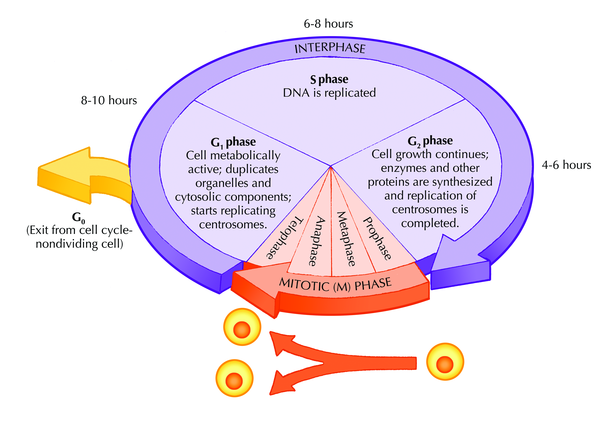 If during interphase the DNA is not yet condensed and looks like a mass of noodles, then how can we know that there are 46 chromosomes (single ones in this case)?

During interphase, it is indeed difficult to tell how many chromosomes there are. It is only when they condense that they become visible to the eye and can be observed through a microscope. Chromatin, in its noncondensed form, is considered as euchromatin—that is, true (noodly) chromatin. When it is condensed, it can be referred to as heterochromatin. We can only count the number of chromosomes when they are in heterochromatin form; euchromatin is invisible to us. If we align all the chromosomes present, we will get something called a karyotype. Look below. 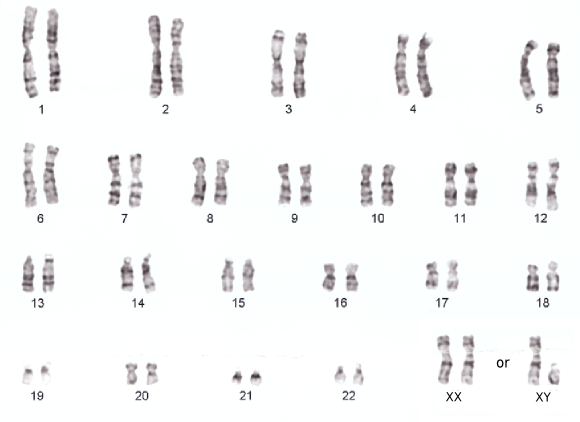 (You can see each chromosome in each of the 23 pairs are “double chromosomes.” These chromosomes were likely documented during prophase. Some karyotypes show "single chromosomes," most likely taken during anaphase or early telophase.)

A chromatid refers to a single DNA molecule.

When the human cell is not dividing we have Interphase, during which chromosomes inside the nucleus look like a network of threads, called chromatin. 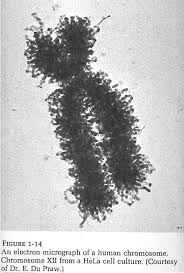 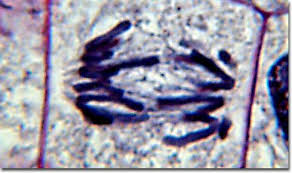 1
What is the relationship between DNA molecules and the chromosomes?

3
What is the structure and function of chromosomes during interphase?
4
What is the most genetically simple organism except viruses?
0
DNA adaptation in human life
3
How are 23 chromosomes in human sperm chosen?
2
What does it mean: carrying the stably integrated gene
2
From 46 human chromosomes, is each one from a single parent?
0
Human genome, chromosomes
4
Chromosome naming convention: Why are there chromosomes named “1” and “1A”?