Is this a firefly? 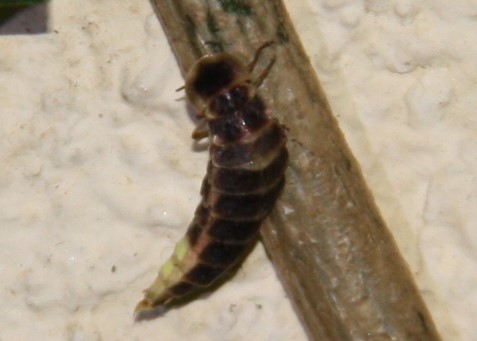 It glows without interruption. This photo was taken near Barcelona, Spain.

I think @user137's answer is close, but I believe that Lampyris noctiluca is the wrong species.

This looks like Lampyris iberica (the Iberian Glow Worm). The Lampyris are a genus of european firefly beetles whose larvae and larviform females are among those organisms commonly called "glowworms". 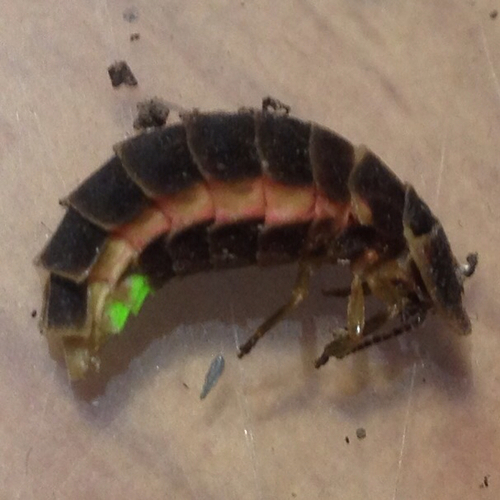 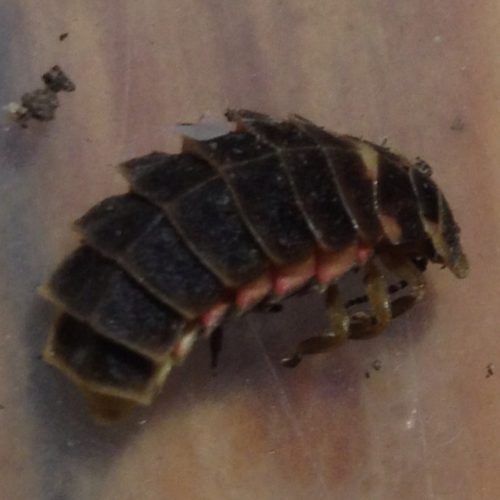 These two species are very similar. According to De Cock et al. (2014),

Identification of Lampyris larvae stays difficult [due to a] lack of clear discriminating characteristics.

L. noctiluca shows an extreme Northern distribution, only present scattered over provinces in the North Atlantic region and Provinces in the Pyrenees, whereas L. iberica also occurs in central Northern provinces and the Southern extreme of Spain in Cádiz and the province of Málaga. 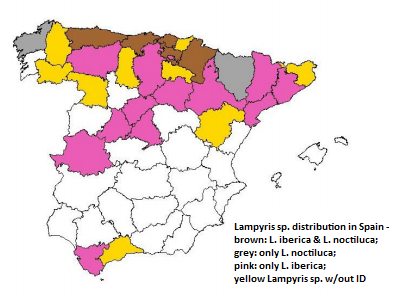 Both species present a conspicuous sexual dimorphism, with males being smaller and winged and females being larviforme, without wings and noticeably larger than the males.

I'm going to guess this is a Lampyris noctiluca, a species of firefly commonly found in Europe. The females are flightless, glow continuously for up to 2 hours, and are commonly referred to as glowworms, per anongoodnurse's comment. 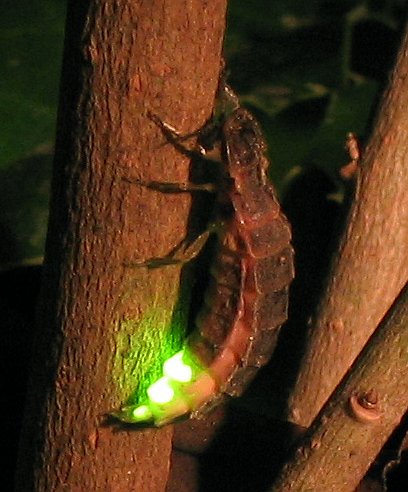 Not the answer you're looking for? Browse other questions tagged species-identification zoology entomology bioluminescence or ask your own question.

5
What in the world is this critter?
8
Can anyone identify this chrysalis? (Identified)
15
What is this sand covered insect?
3
What snake is this one?
5
What kind of insect is it?
0
Is this a soldier beetle? Bug identification
0
Please give information about this insects
2
What kind of snakes are in this photo?
0
From what kind of insect might these eggs be