Are these spider eggs?

I was pulling weeds in my backyard in Southern California, when I saw a spider over a white area on the underside of one of the leaves. It's staying right near the white spot. Are those spider eggs? Also, what kind of spider is this? 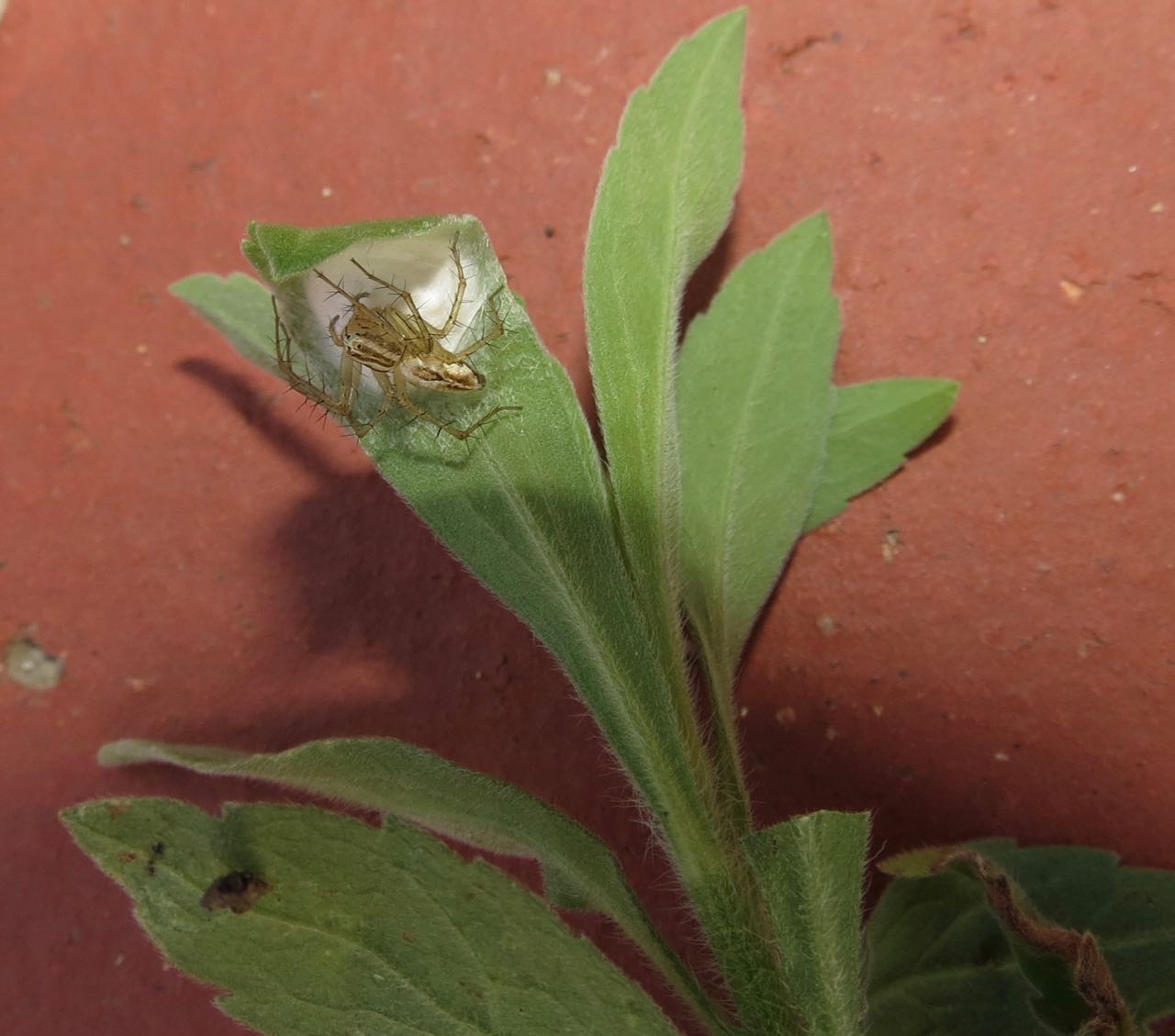 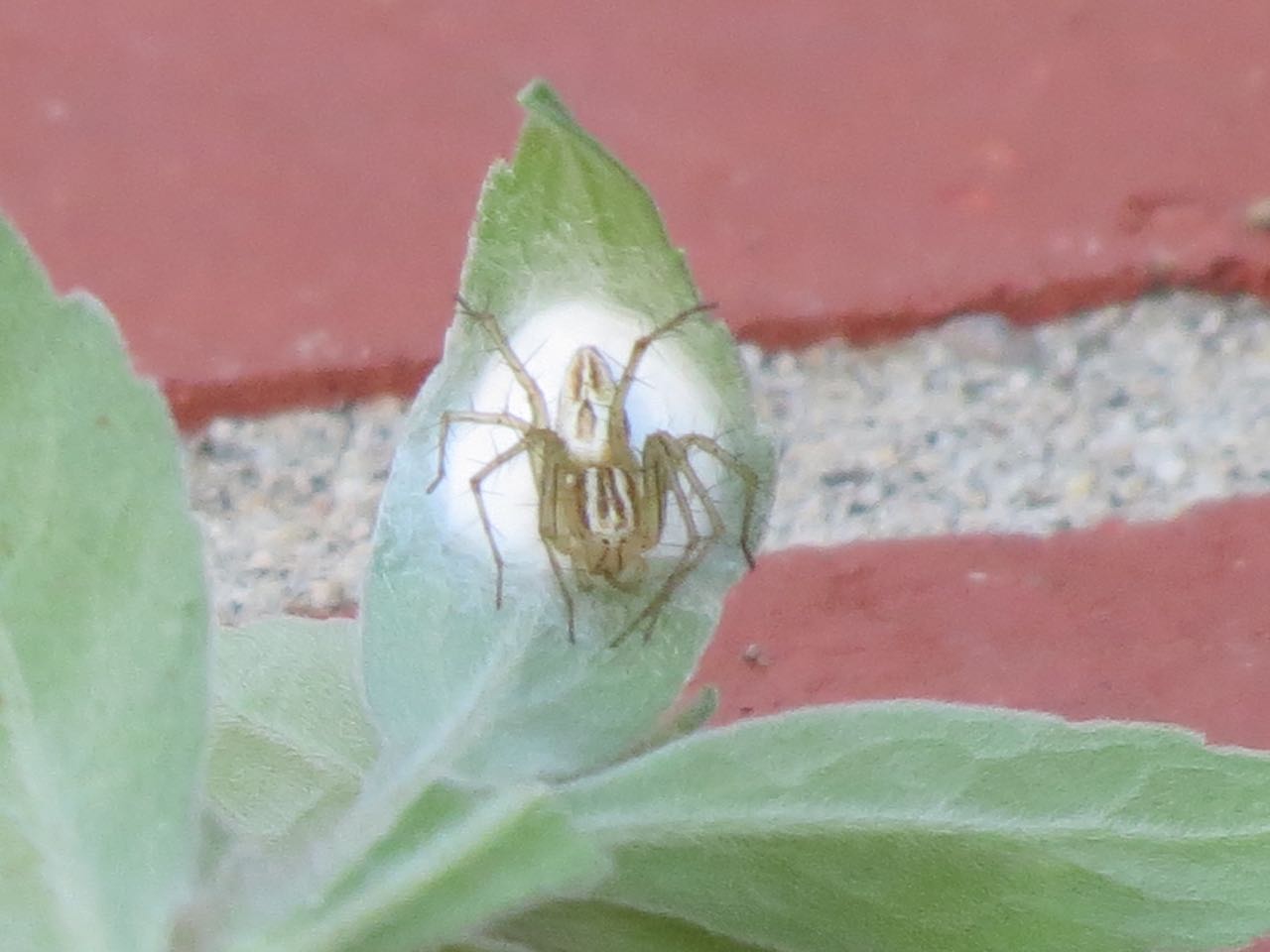 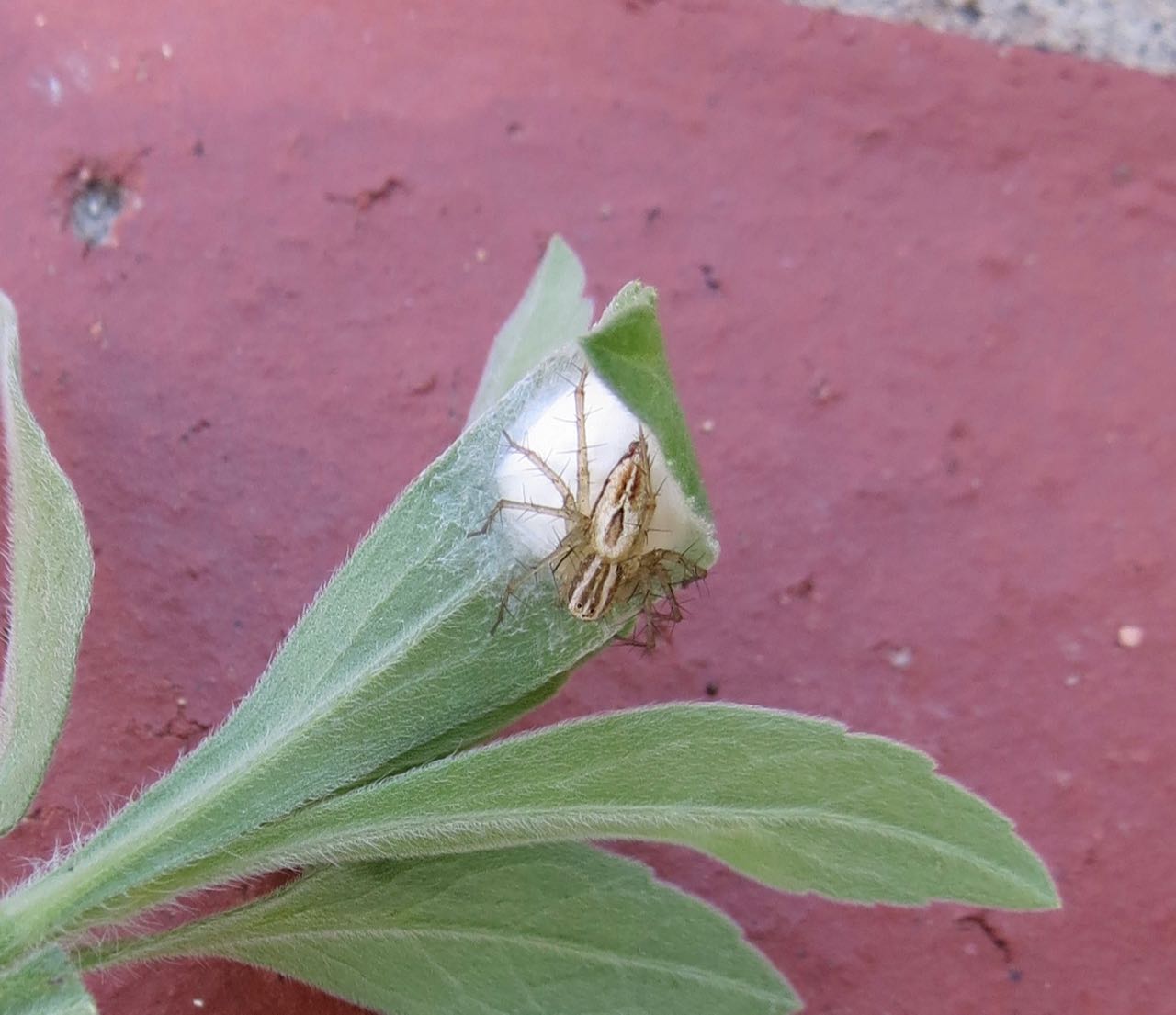 Yes, those are definitely eggs. And I believe that is a female grass spider (Genus: Agelenopsis).

Eggs are typically laid in late summer or fall and spiderlings emerge the following spring....A female that has mated with a male can produce more than one egg sac. For some species, it’s common to see two sacs at a time, side by side, attached to a surface (such as the underside of a rock, piece of wood in a wood pile, or in a rolled up leaf, for example). Each different species of Agelenopsis may create a slightly different egg sac, but typically each one contains anywhere from 50 to 200 individual eggs. The mother spider will remain near her eggs, dutifully guarding them, until she dies around the onset of winter.

This seems to fit the picture to a T. I'm not 100% about the species, but I believe it is either A. aperta or A. oregonensis.

As user Xan pointed out, this could likely be a lynx spider (Genus: Oxyopes; likely species: Oxyopes salticus - female). This would explain the defined setae (bristles) on the legs. To really decide, you would need to check the following characteristics:

I originally thought those were spinnerets in picture 3, but upon closer inspection it looks like one of the hind legs folded underneath.

Not the answer you're looking for? Browse other questions tagged species-identification arachnology eggs or ask your own question.

1
Can a rotten egg actually hatches to a real life?
7
Species Identification: Bulbous root on plant, Southern California, USA
2
Can/Do any spiders "release" their own web in the presence of a threat?
3
What species of spider is this?
1
Identifying a spider very similar to a brown recluse
2
Found this spider in my garden
1
What large "package" is carried by this large spider underneath itself?
1
Indian Spider Identification