What wasp like insect breeds in clay pots with dead spiders?

I found several small clay pots of oval/cigar shape roughly 2cm long in a rarely used window in the house, because a wasp like insect was flying into a small cavity of the window.

I removed one and found dead spiders inside. 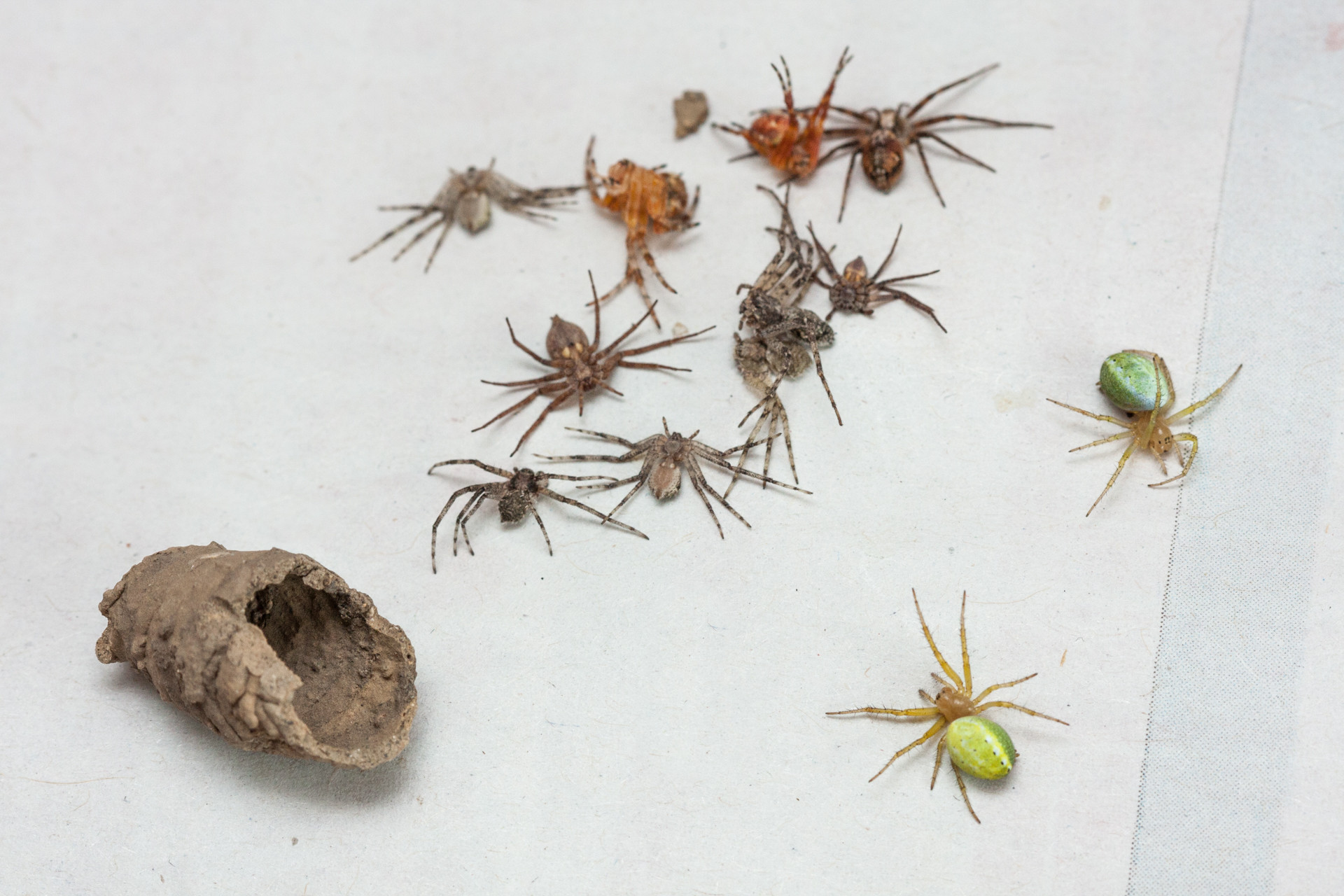 I let the rest of the nest alone and closed the window again. I guess I don't have to bother them if they aren't bothering me.

I'm wondering what type of insect is that building such nests? It looked like a cross between a wasp and a hornet. As far as I know, wasps and hornets build their nests from wood, which gives them a paper like material. This one however is made from soil/dirt.

I'm also not sure if spiders are the only food. But given the street lamps outside, I suspect that spiders are very available and easy to catch.

The region is central Europe.

It's some sort of potter wasp/mason wasp (Eumeninae). The spiders are paralyzed and brought there as food for its larvae. Here is an example of an opened nest I found on Bugguide.net that looks similar to yours: 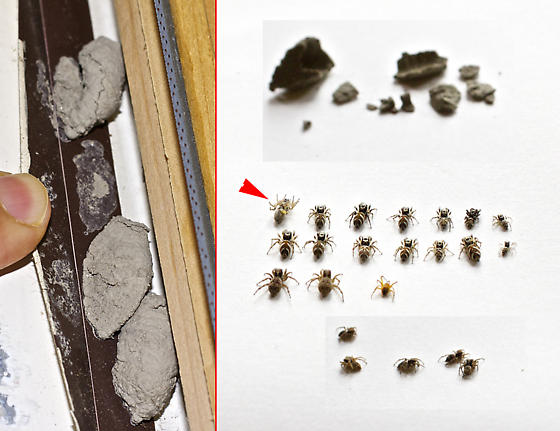 I don't know if it's possible to say what species it is from the nest.

Not the answer you're looking for? Browse other questions tagged species-identification entomology reproduction wasps or ask your own question.