Is this some sort of fungus?

There is something strange growing straight out of the glass windows at work. They look like hairs, about half an inch long, and each have a white spot on the tip of them, slightly weighing them down. I first saw a few of them a week ago, and now there's about twice as many. They don't move, except when blown in the wind, etc.

Here's just a few of them, the first ones I discovered: 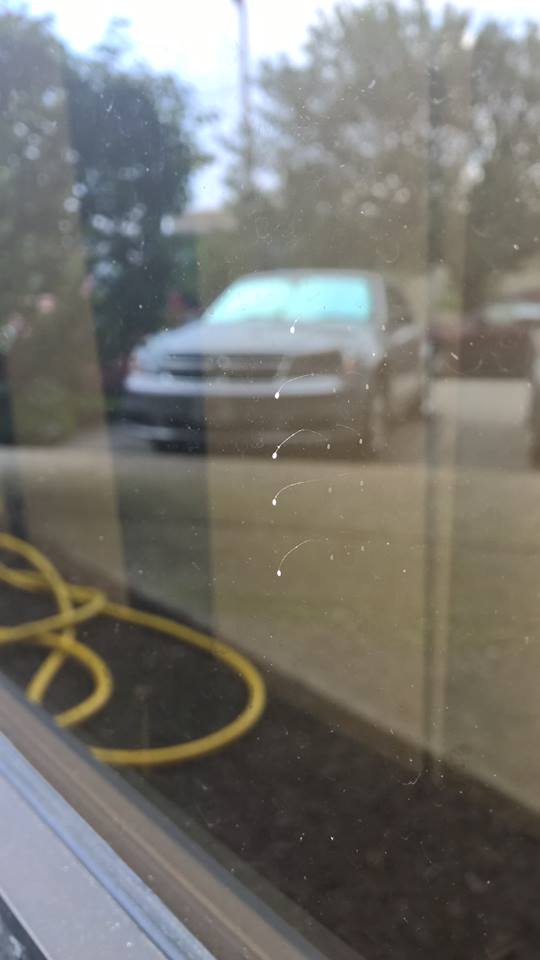 They haven't budged from this spot since I first discovered them, but more have appeared surrounding them. This is located in Louisville, KY, USA, and there has been some hot humid weather lately. This particular area where they're growing is in the shade and a partial roof, so these windows rarely ever get rained on.

A friend hinted that they might even be insect eggs.

What are these things? Fungus? If so, what kind?

These are lacewing eggs. Lacewings lay their eggs on stalks. 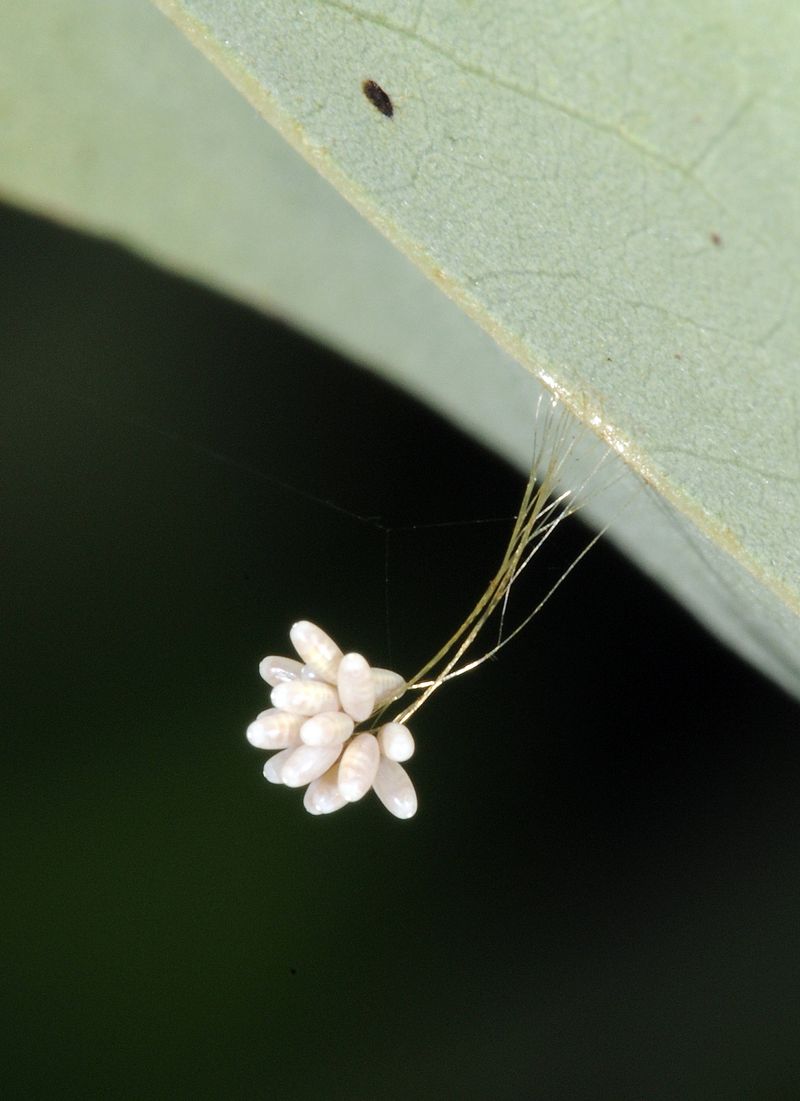 Not the answer you're looking for? Browse other questions tagged species-identification mycology growth or ask your own question.