What is this wasp killing insect?

I spotted these two in my garden. What is this insect? He had firm control over the wasp and was just hanging on by one leg. He appeared to hold on until the wasp stopped moving and then flew away with it.

I live in Ohio (USA). The wasp was a bit less than 2cm long while the other insect was about 2.5cm long. 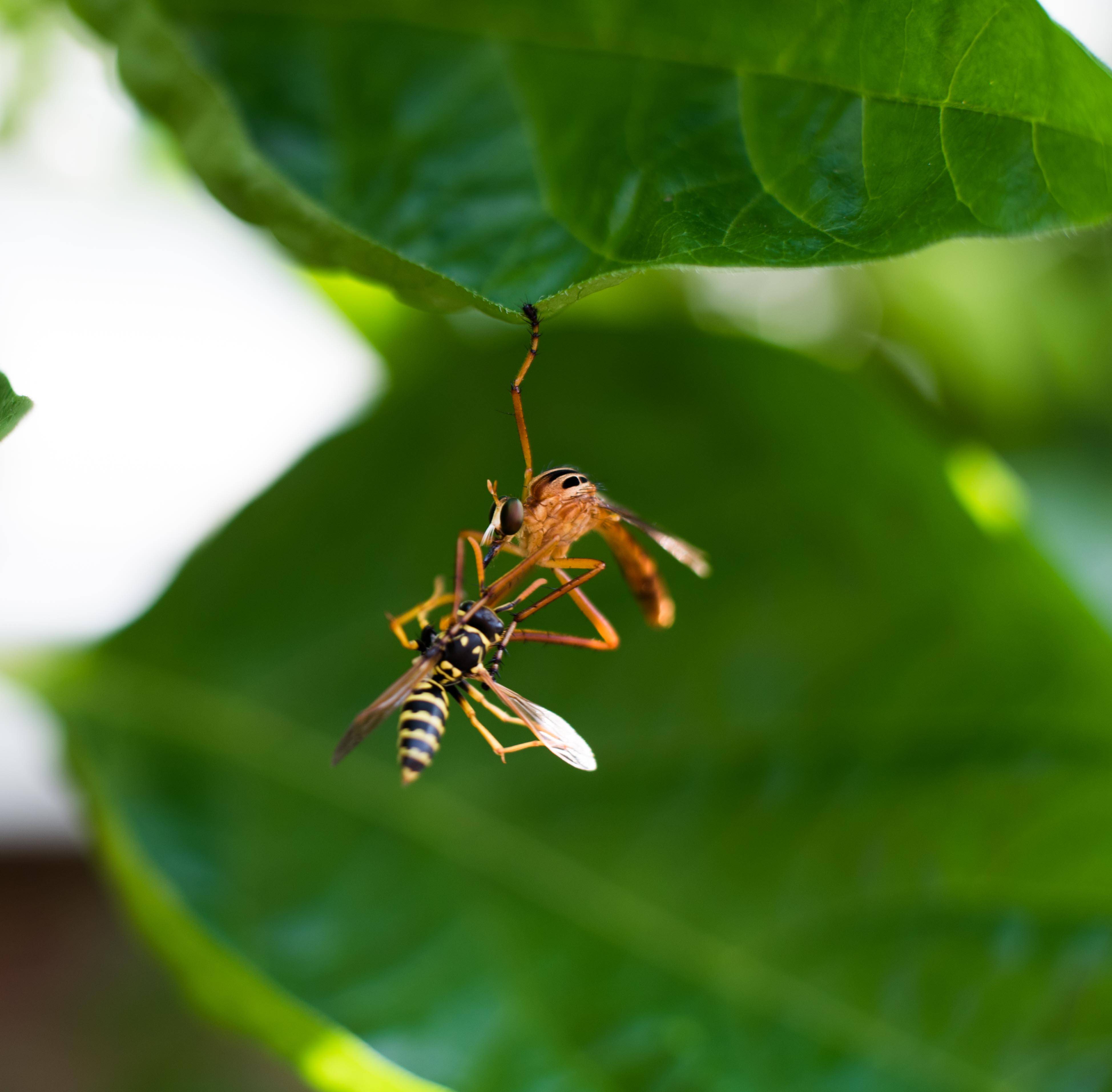 Given the large eyes, the almost non-existent antennae, the humped back, elongated abdomen and the wings, I'd say it is a robber fly. 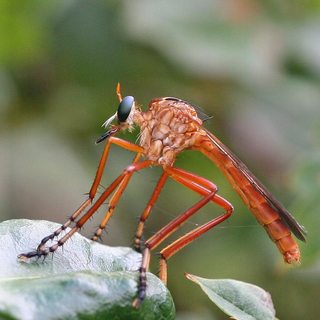 It is one of many insects known to prey on wasps.

Note the description on the linked page:

This spindly piece of nastiness is a Robber Fly in the genus Diogmites. It seems that it's members of this particular genus that are adorned with the name Hanging Thief. You may remember that this was to denote their habit of dangling from a leg or two while the other limbs held onto prey, stabbed it to death with venom and then sucked out the insides. [Emphasis mine.]

7
Constantly wiggling moth pupa - will it emerge soon?
5
Can you do better than "Sock-Wasp"?
3
Camouflage grasshopper identification
3
Identifying flying insect from southern Poland / Upper Silesia area
5
What species of wasp is this? And how to get rid of them?
1
Indian Spider Identification