The major effect of drugs or antibiotics on bacterium is on its cell wall. Gram positive bacteria have a thick outer layer of a polymer called peptidoglycan (formed by repeated units of a disaccharide: NAG-NAM) which has many cross-linkages. Beta-lactam antibiotics such as penicillin, cephalosporin etc. competitively inhibit an enzyme called transpeptidase (also penicillin binding protein); which forms the cross-linkages in peptidoglycan; and thus weakening the cell wall. As a result of which osmotic pressure now becomes enough to cause lysis of cell wall and hence the bacterium dies. Also drugs such as Vancomycin inhibit the formation of peptidoglycan polymer. 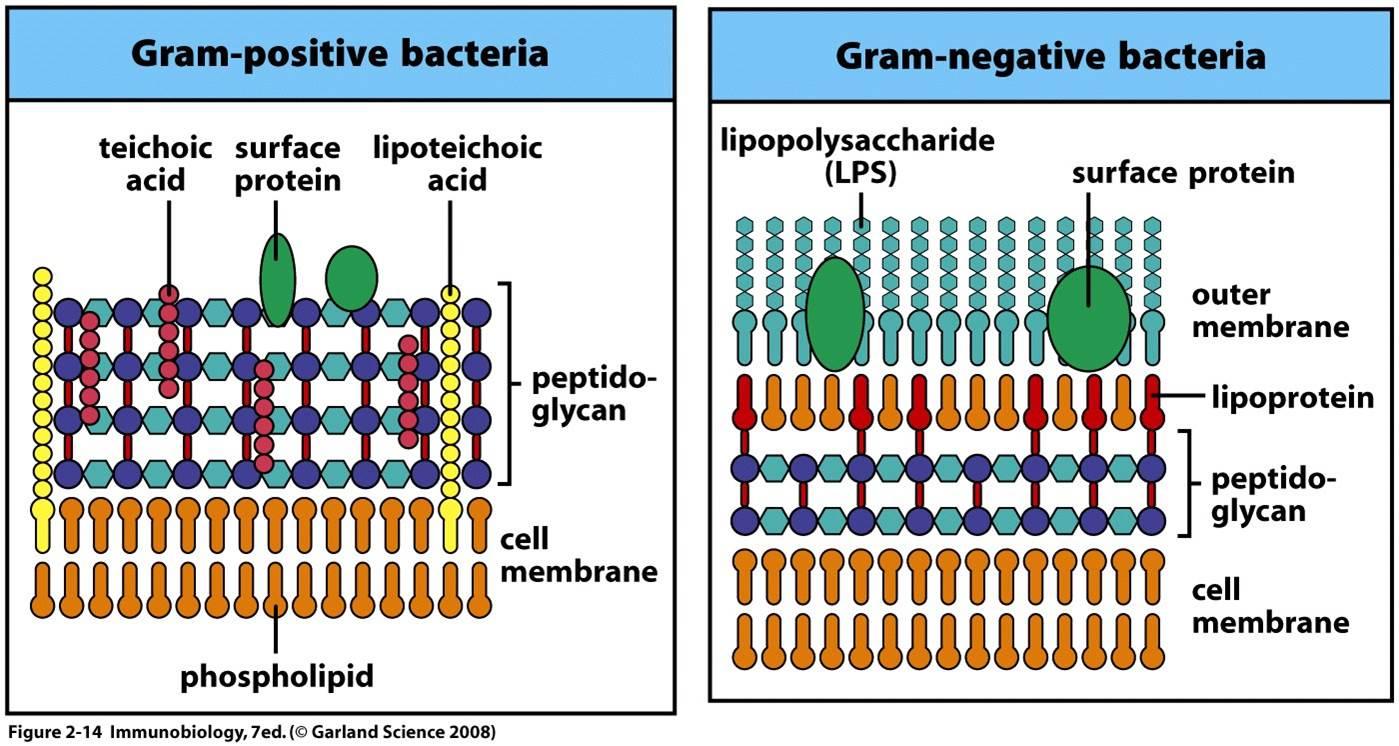 Hope this is helpful.

Not the answer you're looking for? Browse other questions tagged bacteriology antibiotics antibiotic-resistance or ask your own question.