Are there genes in humans from the common ancestor of all organisms?

How long ago can human genes be traced? Are there any genes that go back unchanged to the beginning of life on Earth? And if so, how many?

I very much agree with bitwise's answer. I just want to point out that even in terms of nucleotide sequence there are some extremely conserved genes.

The most highly conserved are ribosomal RNA genes. The image below shows the conservation of 16S rRNAs from archaea, bacteria, and eukaryotes (eukaryotes do not have 16S in their cellular genome but the gene is present in the DNA of mitochondria and chloroplasts). Residues in red are conserved across all domains of life (image source): 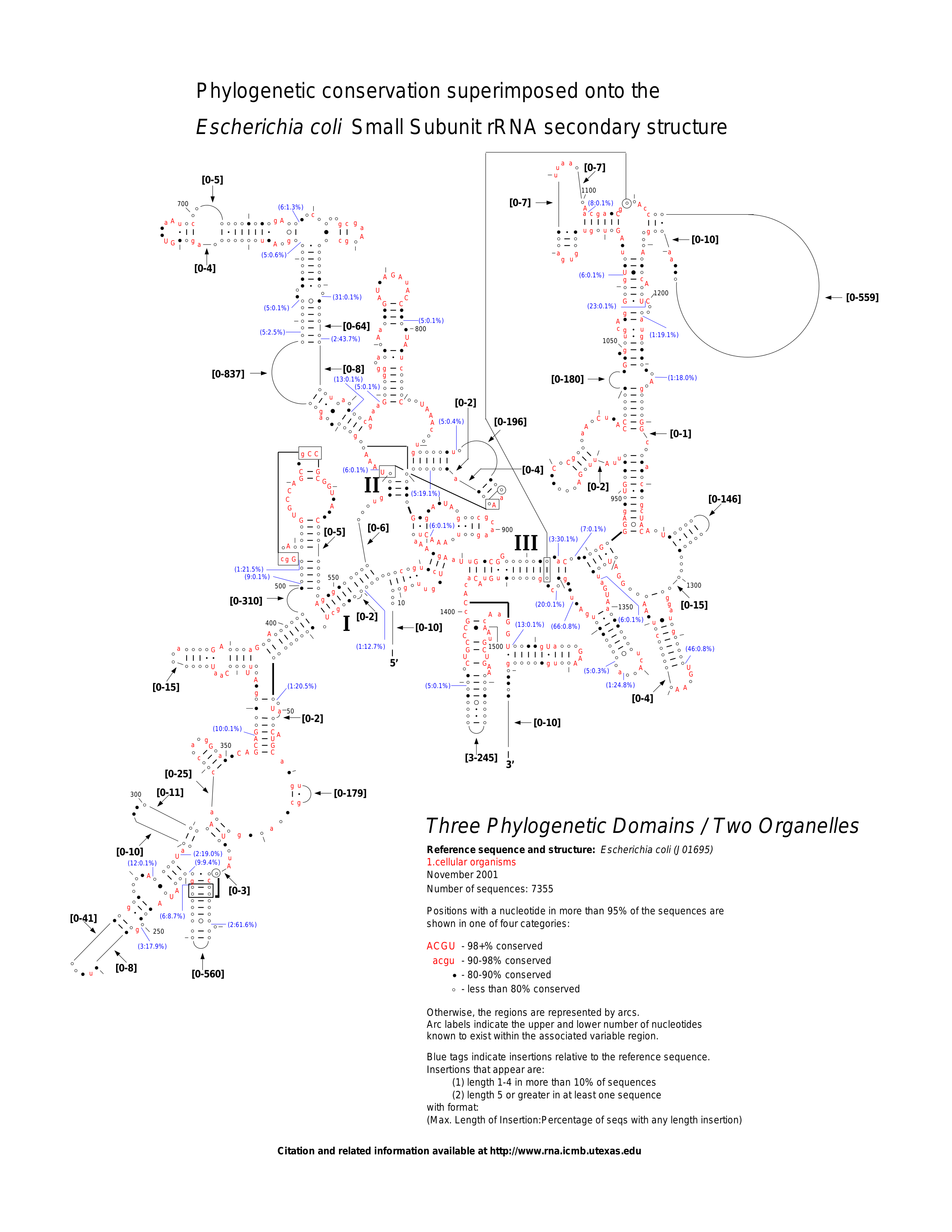 A very nice study from 2008 [1] identified tRNA genes as the next most conserved and ABC transporter nucleotide binding domains (NBDs) after that. The alignment below (taken from the paper) shows the conservation of NBDs from various species. Note that they include eukaryotes, archaea and bacteria: [2] 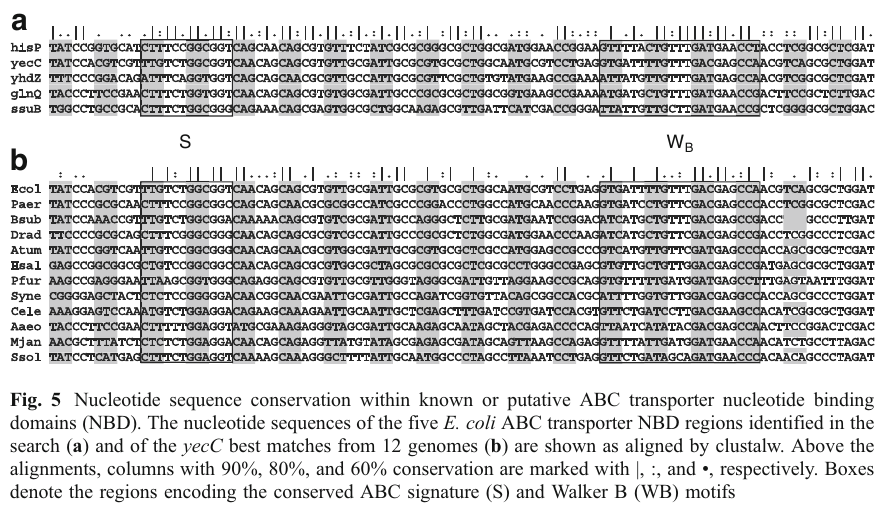 If you look at orthologous genes in general, without specifying a specific level of sequence identity, then you can find various genes (notably those coding for the enzymes of the glycolysis pathway as mentioned in the comments) that are conserved across most, if not all, cellular life.

So, to answer your question probably yes. At least, there are genes in humans today that can be found in all or almost all other life forms. Whether there were present in LUCA we cannot know for sure, it does seem likely however given how widespread they are today.

Depends on what you mean by unchanged. If you mean a gene that maintained the same nucleotide sequence, then the answer is no.

If you meant a gene that descends from a very ancient gene, i.e. one can find orthologs in very distant species, then the answer is yes. Many of the basic molecular systems are relatively conserved, including several metabolic paths and information processing machinery. This homology is one of the strongest molecular supports for evolution and also one of the reasons that genetic engineering works so nicely.

One thing still missing from the other answers: How many genes? One answer: about 6400, i.e. ~30% of all human genes can be traced back to LUCA.

To come up with this number, I used the eggNOG database of orthologous groups. This database contains clusters of proteins that are probably homologous. So I checked how many human genes are in clusters that also contain bacterial genes. These are 6416 human genes, belonging to 1320 clusters.

Caveats: In some cases, the genes are too diverged and so their homology is missed. It is also possible that a protein evolved in bacteria after LUCA and then got transferred to eukaryotes, and vice versa.

Not the answer you're looking for? Browse other questions tagged evolution human-genetics or ask your own question.

25
Why is glucose our primary source of energy?
4
Were there lifeforms before LUCA?
1
How likely is it that Earth has millions of different species?

15
Are there differences in DNA between humans of today and humans from 2000 years ago?
0
From which ancestor species did humans inherit orgasm?
4
The oldest common ancesstor of all human beings
1
What are the evidence that all life today descended from a common ancestor (LUCA), and which organisms (if any) challenge the concept?
4
Is it possible there were multiple origins of life? And, if so, why did the one which became the common ancestor between all organisms prevail?
4
Are the human genes' promoters all known?
16
Do all living humans literally descend from one ape?
2
How to find out the when we had a common ancestor with a particular animal
10
Why did scientists think humans had 100,000 genes (before the Human Genome Project)?