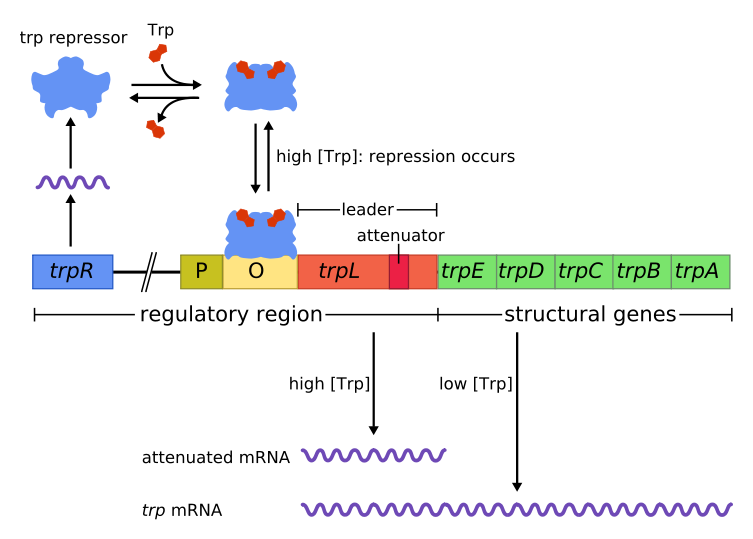 Unlike P and O sequences which are literally joined at their ends, the sequences trpR and P are rather distant. The DNA between them is so long, that the limited space of the page prevents a decent proportional representation. So instead of painting a long line of limited-importance strands, the graphic designer choose to omit the part between slashes.

Note that despite the apparent disconnect possibly suggested by the sign -//-, the intervening DNA is continuous. The sequences trpR and P are still on the same chromosome.

Not the answer you're looking for? Browse other questions tagged genetics molecular-genetics or ask your own question.

1
What is the difference between “gene delivery” and “gene therapy”?
1
Are the genes for transcriptional factors close to their targets in the genome?
1
What does the phrase 'background level' mean?
1
Is induction and derepression the same thing?
2
What sequences are between adjacent genes?
2
What are housekeeping and constitutive genes?
0
Is the lac operon repressed in the presence of both glucose and lactose?
1
General Enhancer Questions (Methylation Patterns, ect.)