What is this insect found in Western Arkansas?

I had my cup of water outside with me, went inside for a few minutes, came back outside and this insect almost found out what was unpleasant about being drunk.

It's 1-2cm long, mostly black, with some white spots on the back. The bottom of the abdomen was also white/gray & black striped.

What did I almost drink? 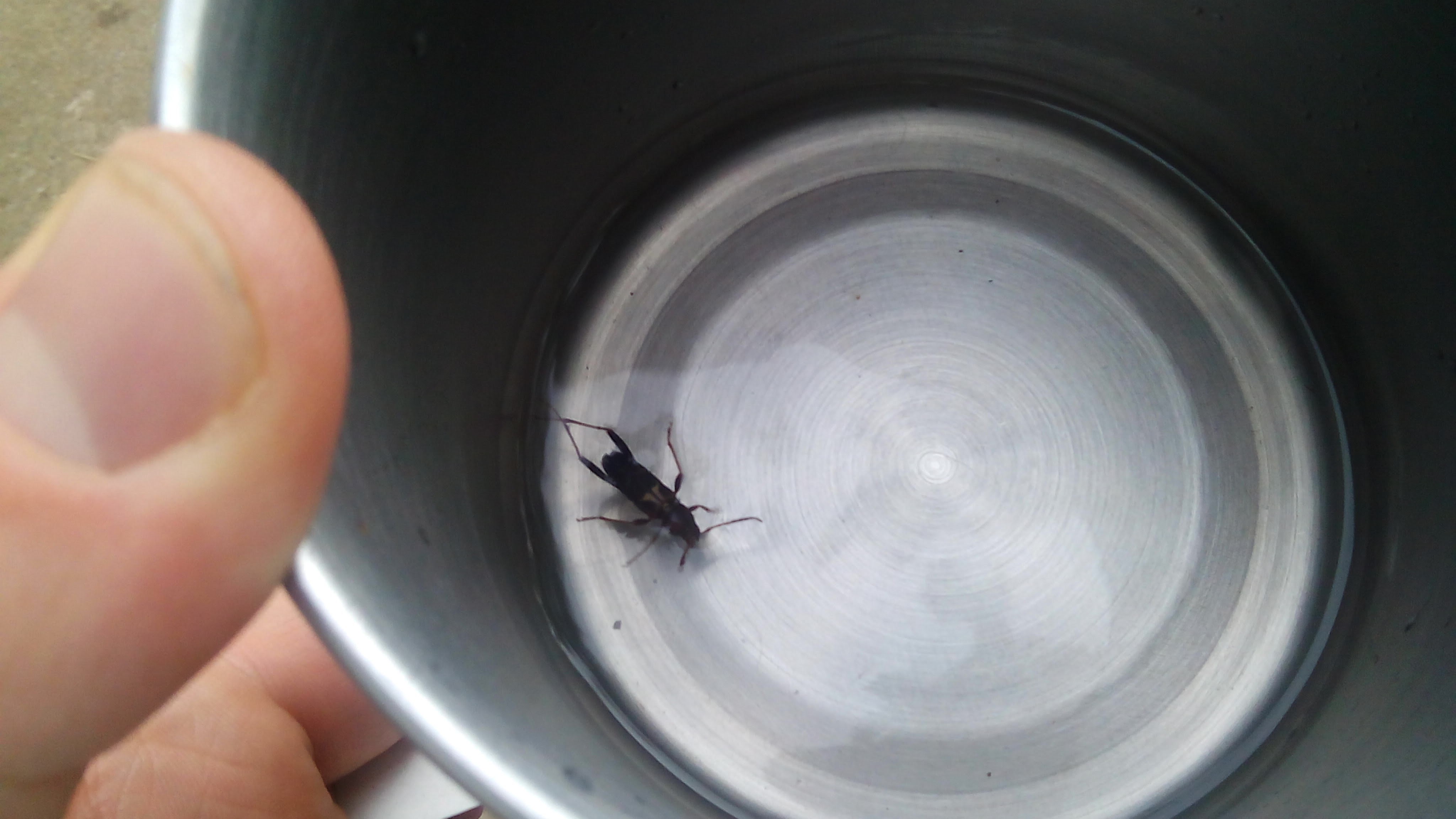 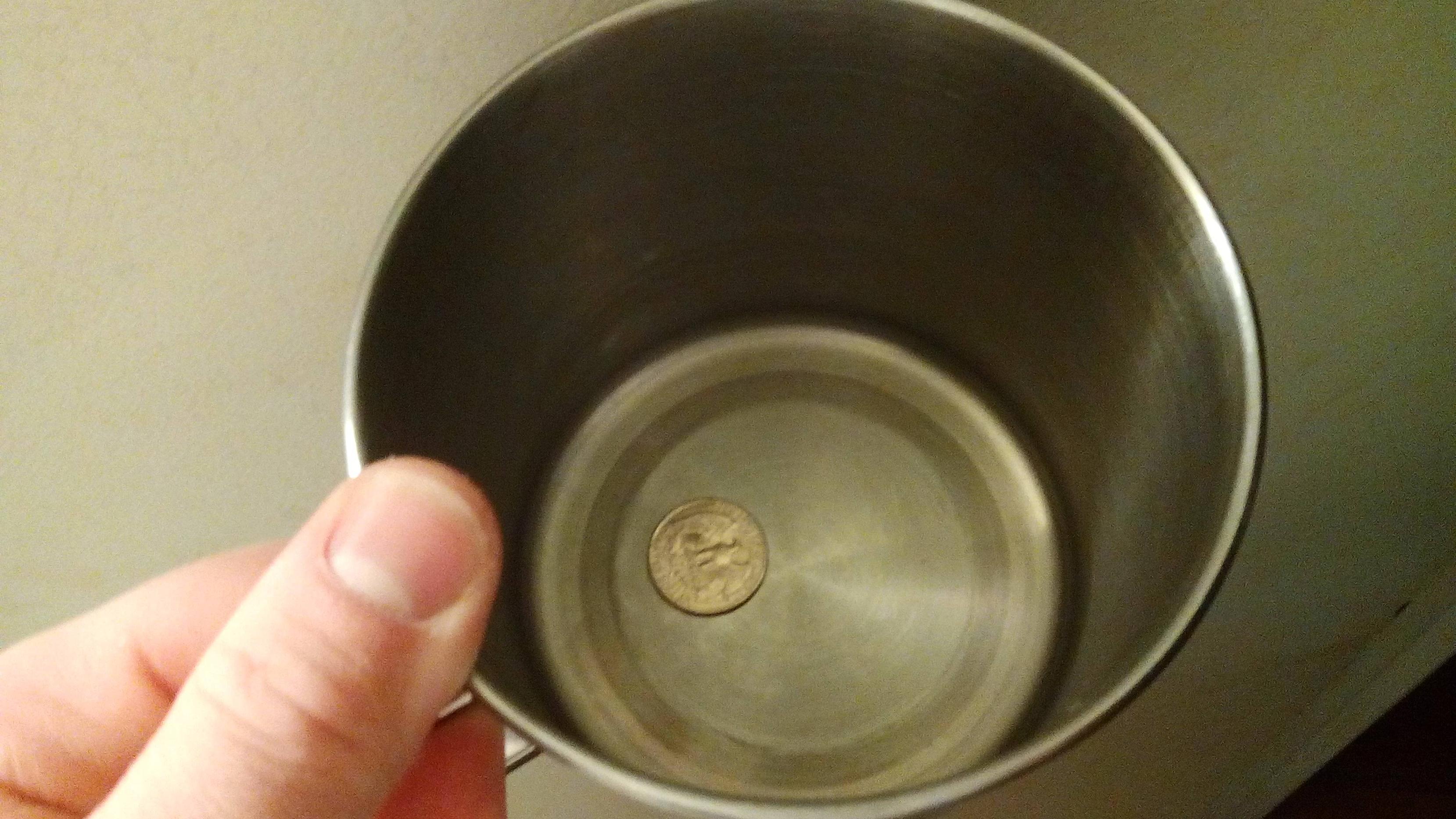 Update: I saw another one of these at the park - it's rear legs were positioned like a stink bug, and before I could take any pictures of it, it flew off. It had a sustained flight, like a wasp, rather than say a grasshopper.