Determine whether aromatics originate from polyketide or shikimate pathway

Is there a way to determine whether an aromatic compound originates from the polyketide or shikimate pathway by looking at its structure? If so, how? 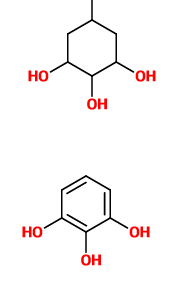 Whilst aromatics originating from the Polyketide Pathway have an alternativ structure in the distribution of the OH groups. 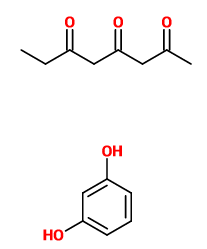 You could knock out some enzymes on either side and see which ones affect output. Or you could spike the cells with a radiolabeled precursor of only one pathway, and then see if the output is also labeled.

However, you say "by looking at its structure", so I'm assuming no additional experiment can be done - then no, except for the trivial case where only one of the pathways produces the molecule (in which case it obviously came from that one).

Not the answer you're looking for? Browse other questions tagged biochemistry biosynthesis or ask your own question.

3
Can compounds be predicted from Polyketide synthases gene clusters?
3
How to determine whether the energy of a stem-loop fold is significant or not?
4
which signalling pathway is involved in cancer?
3
How does one determine intracellular concentration?
0
A molecular marker for global protein synthesis
1
Which mammals cannot synthesize taurine?
1
It there any experimental approach to determine the electronic structure of a given aminoacid inside a protein?