Why is one phase of a plant dominant (Alternation of generation)?

In plants, there is the alternation of generation.

In nearly all land plants, one phase of the two possible phases is dominant--namely the sporophyte.

The "dominance" over the other phase can be seen in the following ways:

I want to know if there is an evolutionary reason why alternation of generation, one phase is dominant. Here are some guesses:

Many of the evolutionary developments in plants developed in the sporophyte life stage. Because increased fitness of these increasingly sporophyte-"dominant" plants would result in a greater survival and reproductive success, these plants became more dominant than the more-limited gametophyte-dominant early plants.

I would suspect this is due to the evolutionary advantages that are associated with the sporophyte life stage in land plants. Multiple advantages developed in the sporophyte stage of plants as they evolved from simple gametophyte-dominant bryophyte ancestors to the vast array of much more successful and dominant ferns, gymnosperms, and angiosperms. 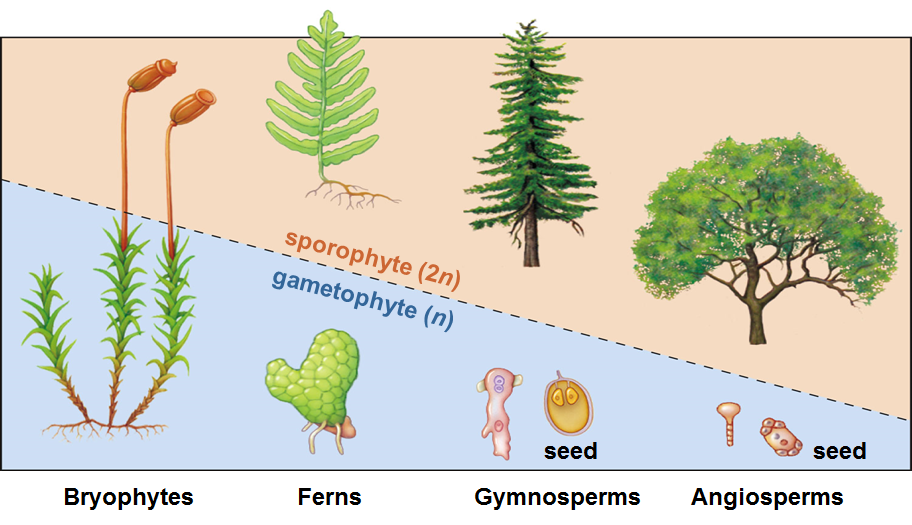 Evolutionary developments that have occurred across almost 500 million years in land plants include the development of stomata, true leaves, pollen and seeds, and flowers and fruits. Each of these developments occurred in the sporophyte life stage. 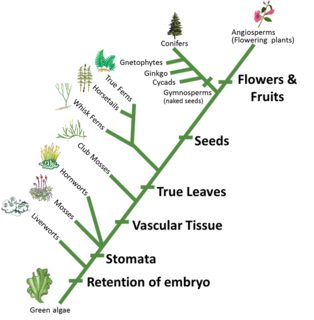 Each of these evolutionary traits had significant effect on the success of the various plant types that possess them, as can be inferred from the increasing success and dominance of increasingly more evolved plant Divisions.

Each of these sporophyte-focused evolutionary traits increased the reproductive success of plants (therefore swaying increasing advantage toward plants possessing increasingly sporophyte-dominant life cycles) due to their ability to increase plant size, growth, and success living in arid (i.e., terrestrial) environments.

Reducing the gametophyte stage to small cells within larger sporophyte plants allows this otherwise water-necessary process to occur in the dry conditions of living on land. As such, the pollen-bearing plants (i.e., gymnosperms and angiosperms) have been very successful in colonizing vast terrestrial ecosystems.

Another evolutionary advantage proposed, (e.g., see Bernstein et al. (1981)1 and Michod & Gayley (1992)3) is that the diploidy of the sporophyte stage allows masking of the expression of deleterious mutations through genetic complementation. From Wikipedia:

Thus if one of the parental genomes in the diploid cells contains mutations leading to defects in one or more gene products, these deficiencies could be compensated for by the other parental genome (which nevertheless may have its own defects in other genes). As the diploid phase was becoming predominant, the masking effect likely allowed genome size, and hence information content, to increase without the constraint of having to improve accuracy of replication. The opportunity to increase information content at low cost is advantageous because it permits new adaptations to be encoded.

Not the answer you're looking for? Browse other questions tagged evolution botany evolutionary-game-theory life-history or ask your own question.

1
What does dominant generation mean
10
Why aren't green eyes more prevalent?
10
What bacteria shed harvestable energy from root zone organic matter?
7
How does chromosome fusion get fixed in the population?
4
Is scalable growth the main reason why Darwinian systems select Fibonacci sequences?
0
Mechanism to limit the exponential growth of the number of ancestors that are n-generations away from an organism?
0
Are there organisms that “branch more” near the leaf?