Can/Do any spiders "release" their own web in the presence of a threat?

We live in the north eastern US and have a spider that has setup shop next to our front door. I've lived in this area my whole life and she's the largest spider I've seen.

We're too interested and afraid to do anything but let her be, so we've been watching her for the last couple of months.

My wife almost bumped into her web while we were looking for our cat tonight. (I mean she was really close). The spider was hanging around in the center of the web at the time. A short while later my wife saw the spider scurrying furiously and then she crawled back into her hiding spot behind the shutter. Next time I looked over, her web was completely gone - neither of us think we got close to it again during that short time.

I'd also like to point out that it was a bit gusty tonight, a rain storm was probably about an hour away.

We are wondering if something happened to her web, or if she took it down intentionally. If she did, is this behavior common in spiders? 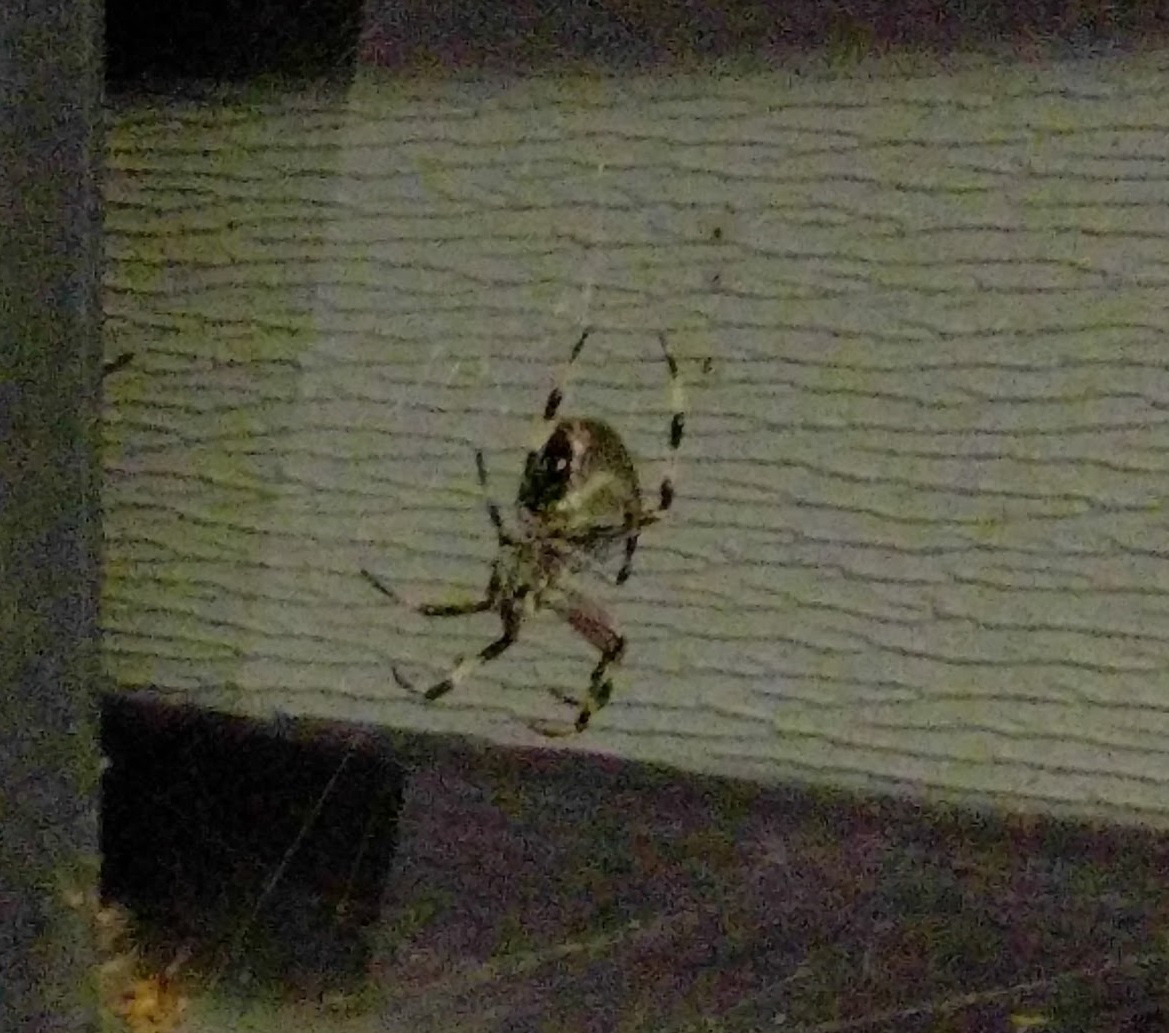 Building a web costs a lot of energy. From Wikipedia: "It is common for spiders to eat their own web daily to recoup some of the energy used in spinning. The silk proteins are thus recycled." https://en.m.wikipedia.org/wiki/Spider_web

This is an older question, but just for the information, here are a couple of points that might be helpful:

I include a link to one of the orbweavers which have that red tarsus - unfortunately, there are more than just one orbweaver with that feature, but if I was pressed to offer an ID, I'd go with this one provisionally: Neoscona crucifera. These Barn Spiders (and there are at least two spiders known by that name..) can get quite large, and make a reasonable fit with your photo. The reddish color on the tarsi is fairly dull, not a bright red, so I lean away from N. domiciliorum and other orbweavers that might turn up in your area, although of course I'm not a fanatic about it..

3
Identifying a spider from my childhood memory
2
Is the reason that flies can perceive things faster because their brains are smaller?
9
What is this black shelled insect found in Western Arkansas?
2
What is the name of this insect? Is it venomous or possess any threat to human life if someone gets stung?