What is the difference between xDNA and yDNA?

xDNA contains expanded bases, in which a benzene ring has been added, which may pair with canon bases, resulting in four possible base-pairs (8 bases:xA-T,xT-A,xC-G,xG-C, 16 bases if the unused arrangements are used). Another form of benzene added bases is yDNA, in which the base is widened by the benzene.

In this context, does widened and expanded refer to the same thing? If so, what would be the exact different between yDNA and xDNA.

NOTE: I am not referring to the X and Y chromosomes.

As seen in this Figure from the paper it is a DNA consisting of T and C substituted with yT and yC, widened analogues. 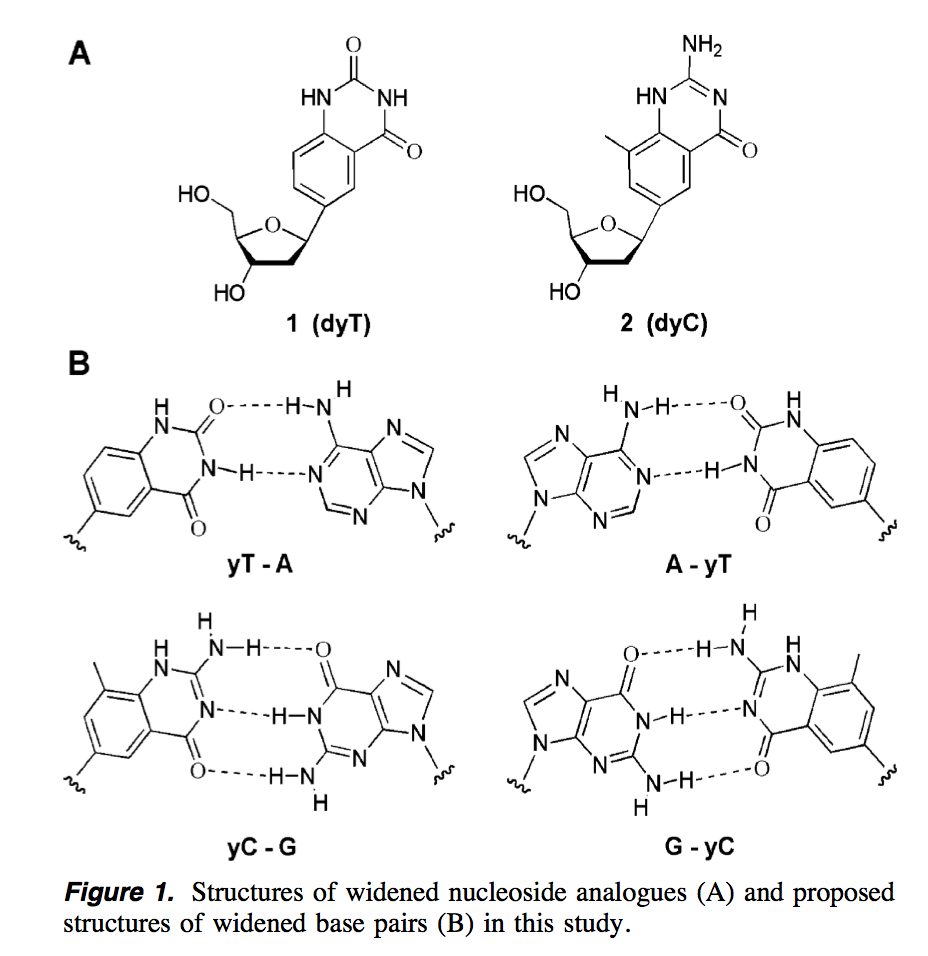 xDNA came next (also from the Kool lab.):

As seen in this Figure from the paper, xDNA consists of an 8 base system A,C,G,T,xA,xC,xG,xT. 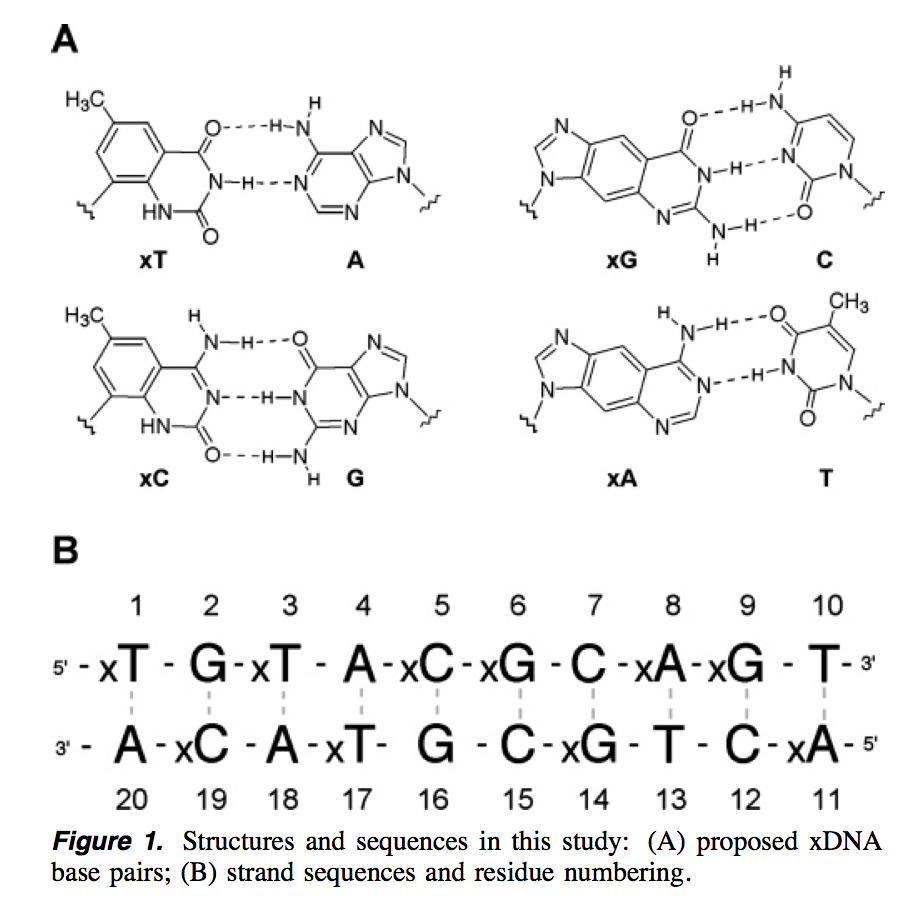 This field is reviewed in:

Not the answer you're looking for? Browse other questions tagged genetics synthetic-biology or ask your own question.