Time required to evolve advanced chromatophores in octopuses and squid?

(Coleoida is the subclass below Cephalopoda that includes all squid, cuttlefish and octopuses. Nautilus' are excluded.)

Here is a print screen from oneZoom.org. 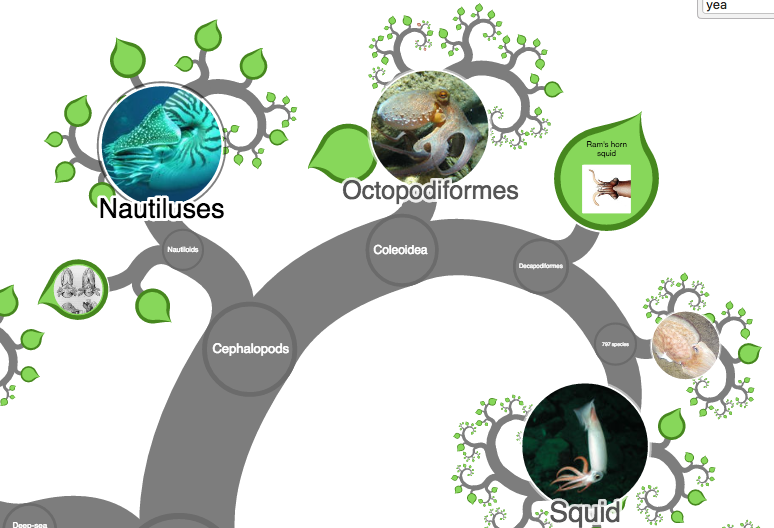 Coleoida include decapods and octopods, both of which have chromatphores, so their MRCA (which lived 330 millions years ago) probably did as well. Coleoida is a sister group to the nautiloids. They branched +400 millions years ago. Together they form the group of cephalopods. As nautiloids do not have chromatophores, the evolution of chromatophores probably occurred in between these two nodes (between MRCA of cephalopods and MRCA of coleoida). In other words, it occurred at some point during a period of about +70 millions years.

Not the answer you're looking for? Browse other questions tagged evolution taxonomy or ask your own question.

22
When did vision evolve for the first time?
11
Why, specifically, does each generation, on average, improve upon the design of the species rather than degrade it?
8
How and when did sex evolve?
2
Definition of Sexual Selection?
4
Why didn't humans evolve to reproduce identical twins all the time?
4
Is natural selection a tautology, and therefore not truly falsifiable?
0
Are Males the main evolutionary tool for production of genetic variation necessary for evolution?
0
Is there any checked case of "involution"?