Why is it cool near the trees?

I can understand that trees produce oxygen in daylight but why is the area with vegetation much cooler than the environment's temperature?

Why it can feel chilly close to trees in the evening:

An empirical study that estimates the cooling effect of trees from evapotranspiration can be found in Konarska et al (2016). Transpiration of urban trees and its cooling effect in a high latitude city.. In the study, they specifically find a cooling effect at evenings, but less so during nights and at daytime:

Why is it more noticeable during the summer?

If the temperature is warm, the atmosphere has a greater capacity to hold water in its vaporous state than if it was cold. 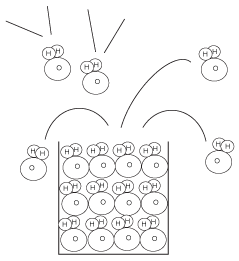 Not the answer you're looking for? Browse other questions tagged botany temperature or ask your own question.

3
Why do the sick and unhealthy trees leaf out first in spring?
17
Why do some trees have a life span, while some don't?
8
Why is it beneficial for trees to grow that tall?
7
Which will produce more oxygen? A few large trees or a greater number of smaller plants?
6
How does the brain cool itself?
1
Why all trees have cylindrical stems?
16
Why are these trees leaning, but no trees around them are?
5
Trick fruit trees into flowering later in the spring
33
If plants benefit from carbon dioxide, why is car traffic something bad?