Why is black and yellow such a nice camouflage?

Many people can`t differenciate between cheetahs, leopards and jaguars, but there are serveral other animals with a similar pigmentation (servals, ocelots...), why is it so effective? It gets exciting when you realize that cheetahs and leopards are evolutionaray relatively far away, and therefore that their resemblance exsists due to evolutionary convergence.

What makes a camouflage effective? It has to match the colors and color patterns of the habitat. 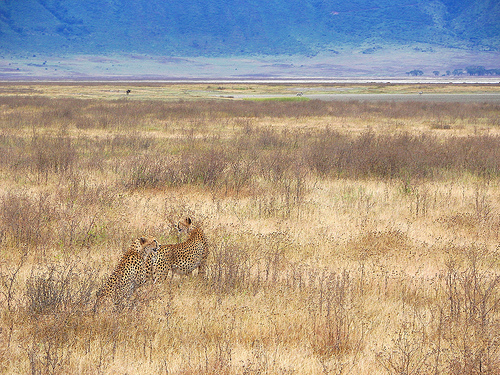 Here is another cheetah 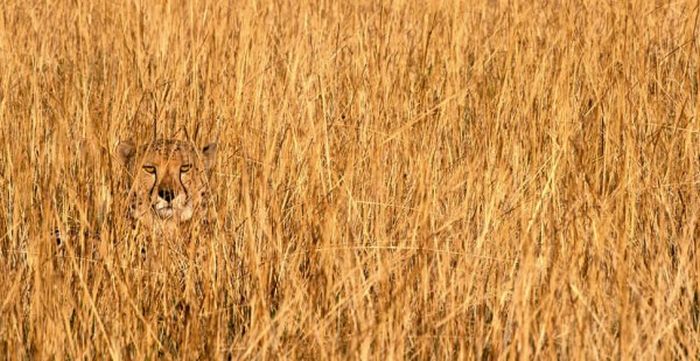 Here is a leopard

Here is a jaguar 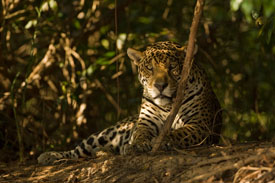 Overall, it looks like their yellow and black pattern is a pretty good camouflage.

The jaguar habitat is a mixture of open and forested habitats. One would think, the jaguar would gain by being a little greener but there is a good reason for the jaguar not being green (see Why is green fur not a thing?).

Note also that it would be a mistake to think that any species should be perfectly adapted to its environment. You might want to have a look at the paragraph Did you say Natural Selection? in this answer for a very short intro to why populations might sometimes be less adapted than a naive observer may expect. There might have an important phylogenetic signal among these felidae (you might to have a look at the paragraph Why 4 legs? in the same answer as indicated above).

71
Why are there no wheeled animals?
0
Genetically speaking, are dogs exactly similar to humans and chimps both?
7
Why does botulinum toxin seem to be more dangerous to humans than to other mammals?
2
Are domesticated animals really “more intelligent,” or is that a myth/misunderstanding?
5
History: Do evolutionary and ecological processes occur at the same timescales?
0
Among primates, is it true that homosexual behavior is extremely unnatural and uncommon?
6
Why aren't leaves black?