Why is coffee a stimulant?

The effects of coffee as a stimulant are quite well-known. What are the mechanisms by which coffee helps prevent sleepiness? I have heard of the presence of caffeine, but what does it actually do inside our body?

Drowsiness is caused by the chemical adenosine binding to a nerve cell's adenosine receptor. A compound that binds and elicits a response, in this case a slow down of nerve activity, is called an agonist.

Caffeine is also capable of binding to the adenosine receptor. However, it does not elicit a response and no drowsiness is experienced. This type of compound, binds with no response, is called an antagonist.

When caffeine is in your system it blocks the nerve cell from "seeing" any adenosine, causing the cell to increase activity. This increase of neural activity is interpreted by the brain as an emergency resulting in the release of adrenaline, the "fight of flight" hormone.

Caffeine stops you from being drowsy, speeds up your nerve activity, and gives you an adrenaline rush. All of these interfere with sleep.

Adenosine is a naturally produced hormone. It inhibits neurons and makes you tired. The longer you stay awake, more adenosine is produced.

Caffeine is a competitive inhibitor. It will bind to the adenosine receptors and prevent adenosine from binding. The adenosine is unable to bind and thus you don't get tired.

For (much) more detail take a took at the pharmacology of caffeine.

I think, caffeine is one, main, but not the only-cause behind stimulant effect of coffee.

It seemed to me, that coffee works as stimulant within moment; is due to its aroma. And after some google search I found following facts.

... so it is quite clear that the coffee aroma-components (where possibly is negligible role of caffeine) have some part in stimulation action. Maybe that includes the signaling through olfaction. 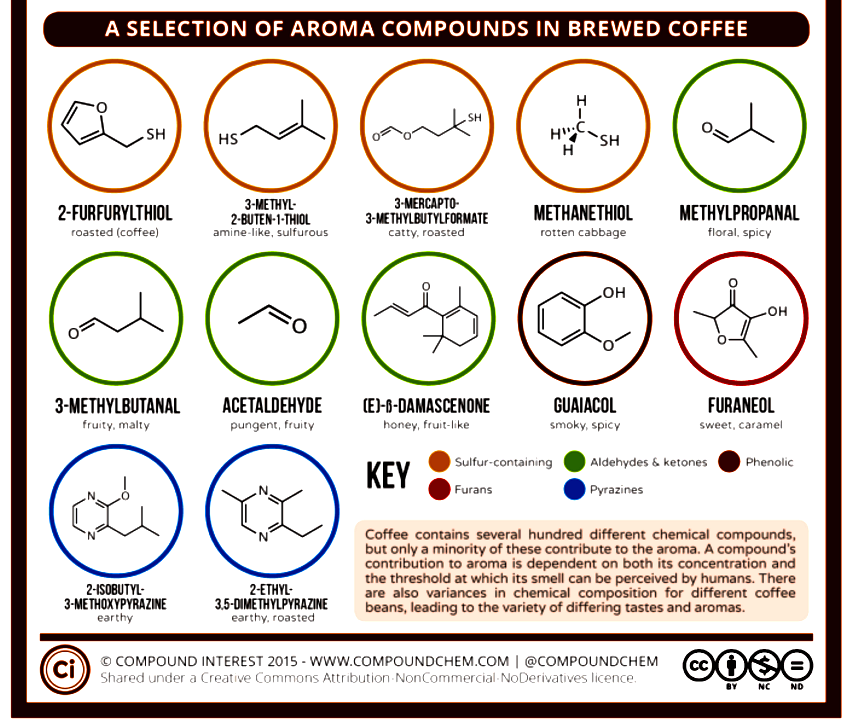 The website tells, coffee aroma can show change in certain gene expression in rat's brain, associated with some stress-. They hyperlinked to a paper: NCBI link , PDF

The paper presented their data in followed table. 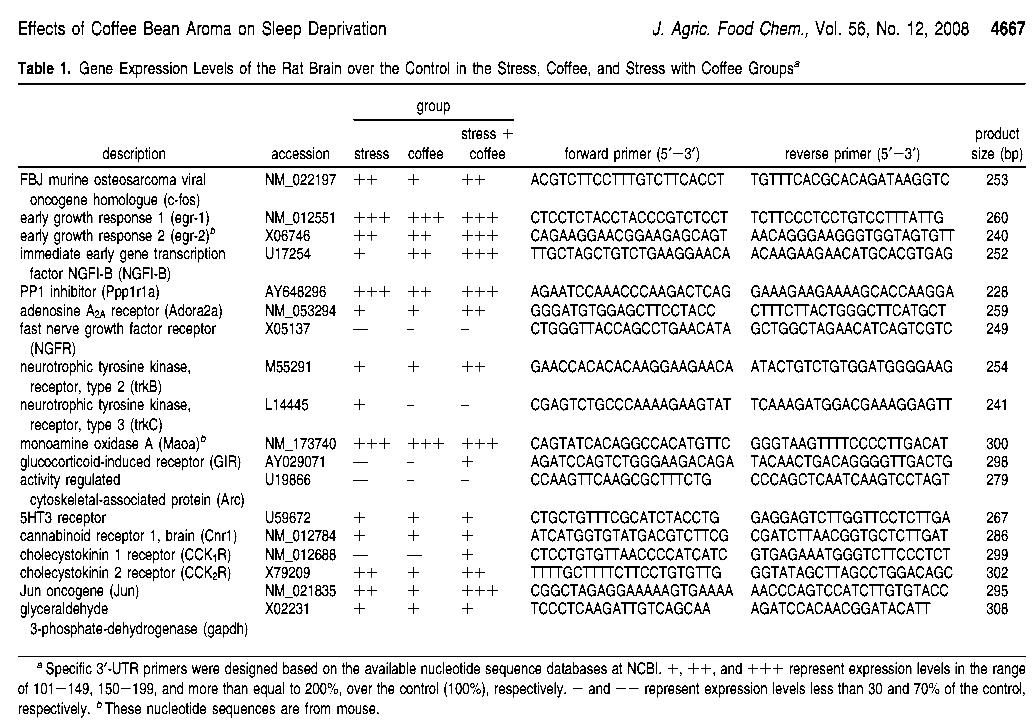 The similar information also mention on WebMD, and some other websites like this and this

9
Does drinking coffee have negative effects?
3
What are the physiological roles of Hydrogen sulfide?
16
Are the bacteria in the stomachs of unborn babies beneficial?
4
Why does capsaicin irritate mammals and also kill fungi? Are the two related?
8
How do bile salts affect lipase activity?
44
Why are bruises not lethal?