Why do these 2 dots frequently occur in dogs' eyebrows? Does it serve/served any advantage?

I have been wondering why, in spite of the variation in color-patterning in dogs, these 2 dots (1 on each eyebrow) seems to be frequently occurring. 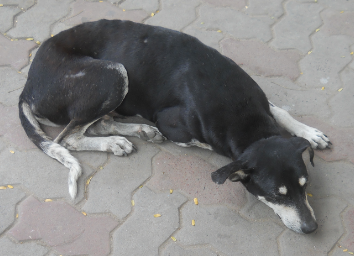 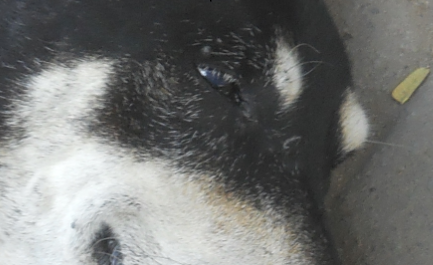 This one has a white dot. Photographed from Kolkata.

This one is from Uttarakhand, Western Himalayas. Also has white dots. I've seen brown dots too, which I have not photographed, so I cite an example from internet (wikimedia: 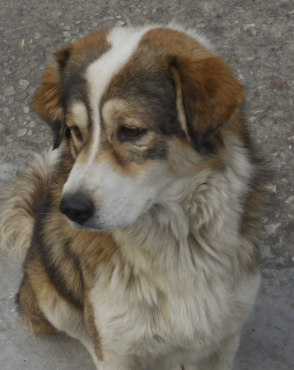 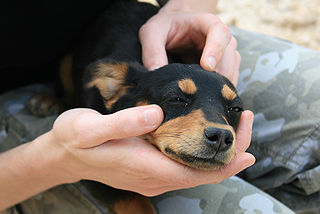 Why are these 2 dots are so conserved? Is it associated with some conserved region of a chromosome? Or maybe it has/had some purpose or provided an advantage (such as recognition or non-verbal communication or to mislead their prey since if the prey think of them as eyes, then they would miss the gazing direction of actual eye) so that it was selected by nature? Some wolves have similar paired-spots, so I could guess that once upon a time an ancestor of all dogs and wolves contained these paired dots?

PS. I've not found helpful discussion about that dots. From this webpage it seems to me, it is being called false-white black and tan atat genotype. I Don't know if have I understood correctly or not.

I suspect but can't prove that these markings are not adaptive, but are accidents or epiphenomena of the general genetic system that determines coat colour.

On the one hand, an Australian Broadcasting Corporation documentary claims that canid eyebrows are adapted for social interaction: they have specialized muscles (which are not present in other carnivorous mammals such as cats), and ...

One study showed foxes who hunt alone had about half the facial expressions of wolves who work in packs. In fact, in wolves and dingoes, the eyebrows are often even a different colour, exaggerating the movement.

(they don't give any primary references).

On the other hand (supporting my guess) a lot of the evolution of these colour patterns seems to have occurred after domestication. These markings (not the eyebrow spots in particular) seem to be called tan points:

(I don't know whether eyebrow contrast in animals that aren't strictly brown/black is caused by the same genes ...)

The black-and-tan phenotype, associated with the at allele, is a predominantly eumelanistic phenotype, with phaeomelanin restricted to distinct regions on the lower limbs, cheeks, eyebrows, chest, and around the anus. (p. 7)

Dogs are actually not prey animals and are pretty high up on the food chain, so the theory that the eye dots are "decoy eyes" doesn't make a whole lot of sense. Realistically speaking, dogs are pack animals, and use several parts of their body to interact and 'converse' with other dogs. One of these body parts are the eyes. Like humans, dogs can widen and narrow their eyes to show emotion. The eye dots simply accentuate these movements, aiding greatly in pack conversation while hunting. Besides that, they're just plain cute.

Not the answer you're looking for? Browse other questions tagged genetics evolution dogs or ask your own question.

11
Why does polyploidy give an evolutionary advantage?
6
Why does Citric Acid occur in Citrus fruits?