Many animals return to shapes similar to their ancestors like mammals and reptiles growing fins and fish tails or animals losing limbs they just grew and so on.

But I notice that once an animal loses a feature it doesn't actually grow back... they con only mimic it, no reptile or mammal has fins but only limbs that look like fins... and no aquatic mammal or reptile seems to regrow back their lost legs or arms.

No animal seems to regrew its ancestral gills even though they live 100% of their lives inside deep waters.

If some organs can be so useful to have back, with evolutionary pressure at maximum, why don't they ever return?

What blocks animals from re-evolving something they lost?

Evolution do not strictly keep a history of how they were before. There is no way for a population to specifically produce mutations to reverse previously fixed mutations in order to evolve back in time. This has sometimes been called Dollo's law but very few people actually use this term today.

Note however that a population may have kept pseudogenes or specific developmental pathway or case of atavism that make the evolution of some traits similar to previously existing trait "easier". A very nice example of such mechanism is the case of Membracidae (treehoper).

As you can see there is no pair of wings on the first segment of the thorax (called prothorax) as it has been lost through evolution. Note that the diptera (true flies) have lost a second pair of wings (the one on the metathorax which has been replaced by halters).

Membracidae (treehoper) is a family of wingless insects. They use previously existing developmental pathways and previously existing genes (Prud'homme et al. 2011) for developing wings on the protothorax but instead of making wings, they make all kind of funny shape for defense purpose. Here are a few examples 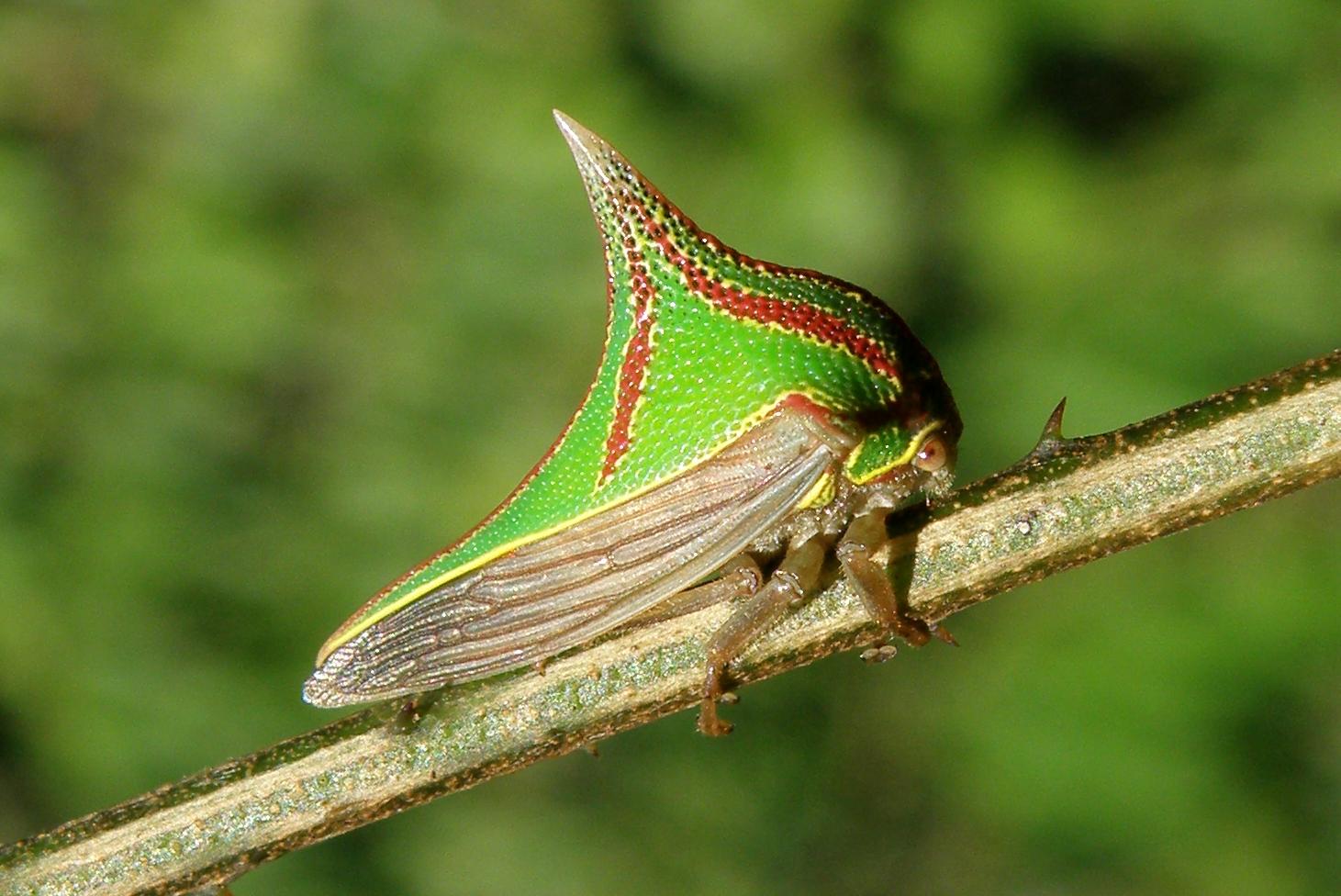 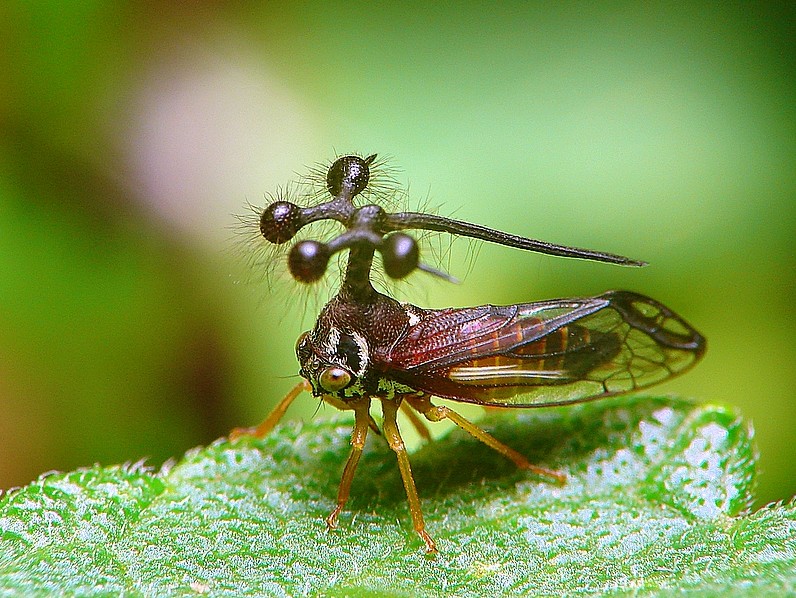 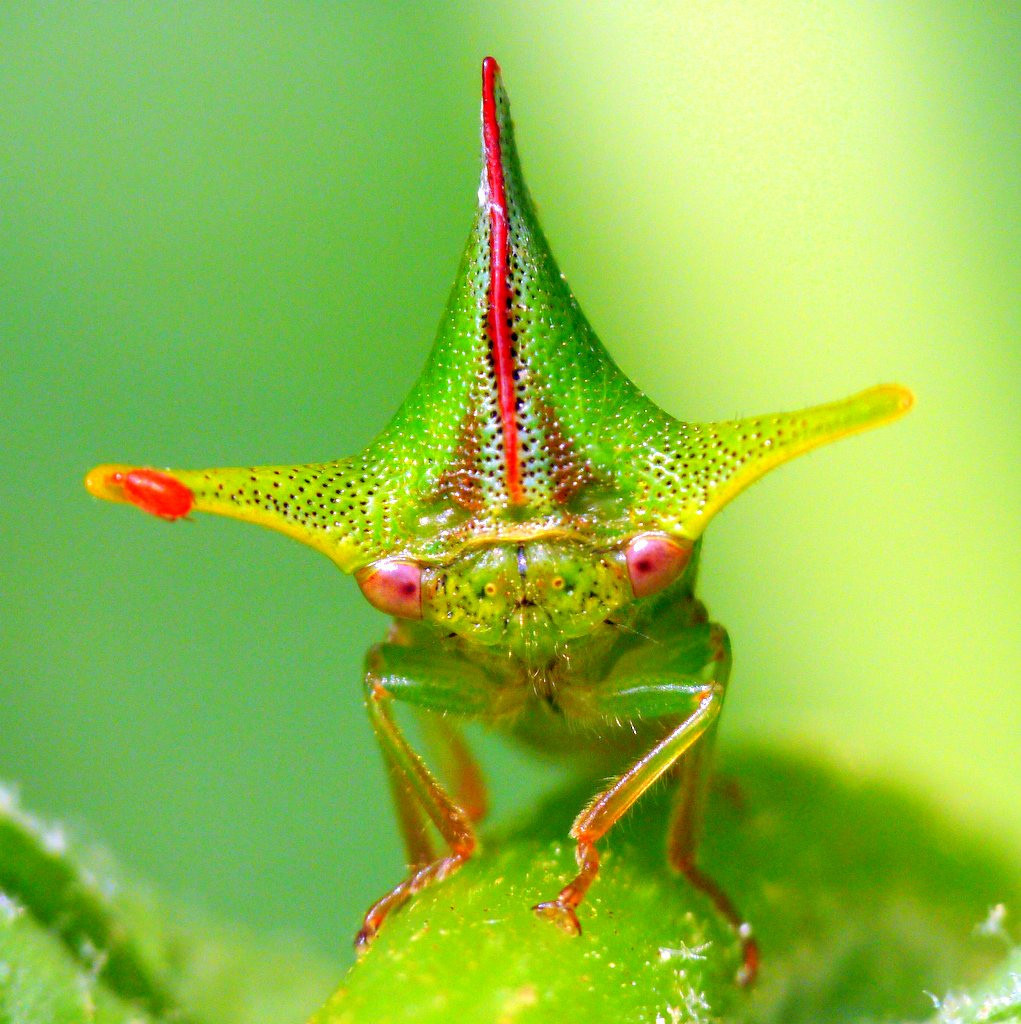 May I suggest 2 keywords that might help you get started. Atavism and Dollo's Law

Attempting to answer your question:

In fact there are examples of where animals "re-evolve" a previously lost trait. There is a hypothesis called Dollo's law which posits that the evolution of an organism is not reversible, but as you can see there are exceptions.

Speaking to the likelihood of rediscovering a trait previously lost, assuming it is favorable. From what I can gather, when a trait is deemed to be impossible to rediscover, it would be because the genetic information that expressed that trait has been subject to sufficient mutation and selection so that it has very little resemblance to its previous underlying genetic information. Put differently, it is because the genetic "distance" between what currently is and what used to be is sufficiently great to make rediscovery by mutation and selection very unlikely.

Full disclosure: I am not a biologist and I draw most of my knowledge from studying genetic algorithms in computer science. So let me know if there are any glaring errors that I need to correct.

13
Can species back-evolve?
5
Evolution: How could all useful traits evolve simultaneously?
6
Independent contrasts with non-homologous traits
4
Why does evolution only involve heritable traits?
2
What did cyanobacteria gain from photosynthesis?
5
How do traits with no negative effects get "weeded out" via evolution?
1
Does evolution only give rise to traits that confer fitness?
1
Do mutations that cause the loss of a complex trait occur more often than mutations causing gain of a complex traits?