How does a single-stranded RNA bind to a double-stranded DNA to form a “triplex structure”?

If you have a single-stranded RNA that is complementary to a double-stranded DNA, how do they interact to form what my prof. calls a "triplex structure"?

I don't understand how the DNA can form 2 bonds there?

DNA-RNA triplex formation is well-documented. It was originally analysed in simple model polynucleotides where the DNA has a polypurine strand and the RNA has a polypyrimidine, e.g.

but it is now known to occur in more complex sequences. One of the best studied examples is in the promoter of the human DHFR gene: 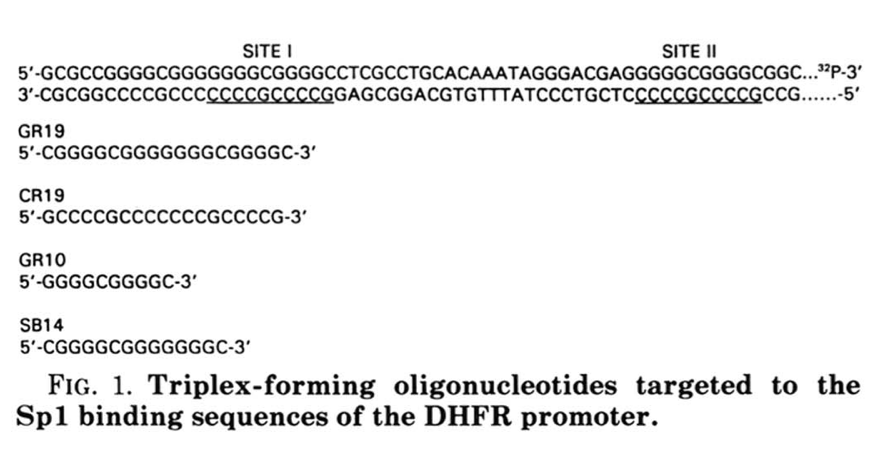 In this work the oligonucleotide GR19 was shown to bind in a triple helix to SpI binding site I in the DHFR promoter (CR19 was used as a control). Triplex formation was detected by gel shift, and the specificity was confirmed by DNase I footprinting.

This effect is part of the regulation of DHFR - the transcript from a minor upstream promoter binds to the major promoter, see: 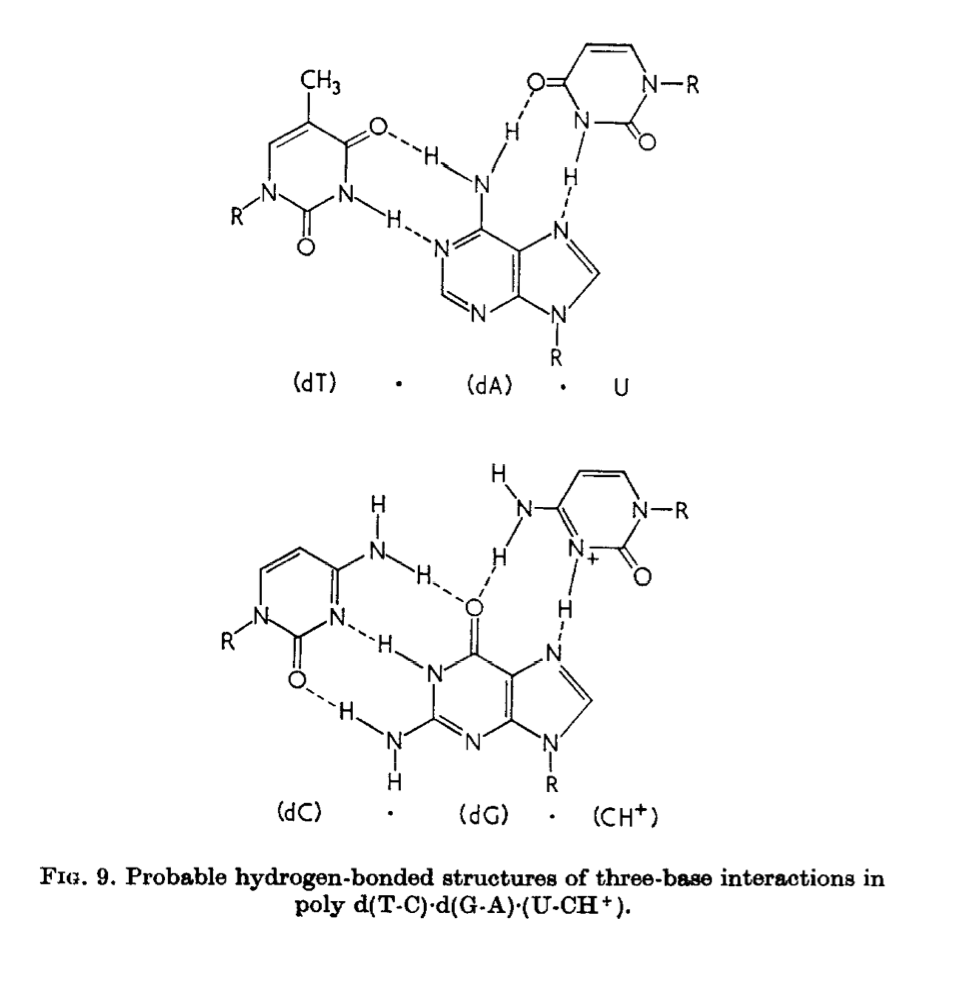 Not the answer you're looking for? Browse other questions tagged rna or ask your own question.