What are the main differences between tubers and taproots?

As one who prefer a vegan diet in general I read a lot about B12; in many places (for example) Wikipedia, something like this was written:

In the past, humans got Vitamin B12 from eating the roots of "short plants" that absorbed the vitamin from bacteria which produced it near to their roots.

This led me to assume that either tubers or taproots (as well as a fibrous root system) have Vitamin B12 absorption by dedicated receptors and if one has it and the other doesn't here is yet another difference.
An interesting side note: Tubers are always under soil while roots in general, aren't necessarily; as with aerial roots.

What are the main differences between tubers and taproots?

They are actually completely different plant parts: a taproot is the central root of a taproot-system plant while a tuber is an engorged modified underground stem called a rhizome.

According to "Plant Identification Terminology: An Illustrated Glossary" (Harris & Harris, 2001)1: 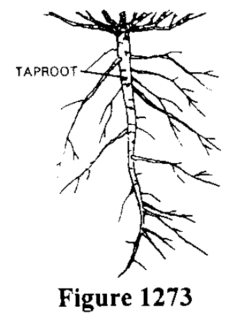 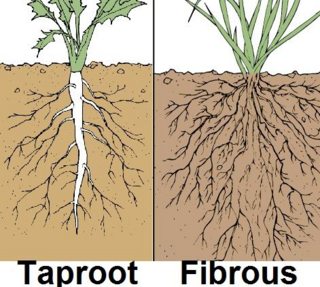 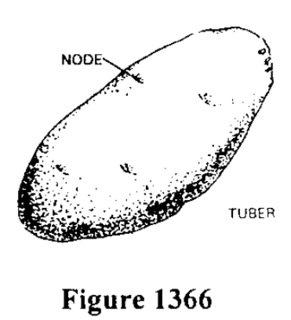 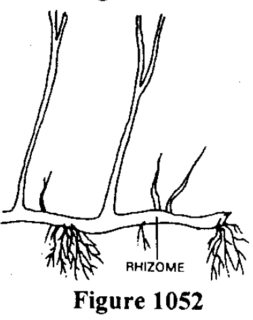 See here for a photo of a potato plant showing a young tuber and an older tuber growing on the end of a rhizome.

Tubers-are swollen regions of stems that store food for subsequent growth. The potato is an example. It is a stem because it has many nodes called eyes with spaces between eyes known as internodes. Potato tubers develop at the end of swollen underground stem structures, rhizomes.

Eyes of potatoes are really axillary buds which contain several small buds at each site. These buds can expand to form shoots which grow on to make whole plants.

You can explore histologic, anatomic, and physiologic differences of stems vs roots more generally to understand broader differences between the two plant parts.