I have a little challenge with what my lecturer said in class. I disagree with explanation but don't know how to convince myself. Please review and tell me your opinion.

He said and I quote

I disagreed because his explanation didn't account for the red eye f1 female generation and the white eye f1 male generation.... I proposed that the female parent was heterozygous for the eye color trait..... Hence a cross shows that the phenotypic ratios for either eye colors for any sex is 1/4...In response he acclaimed there's no dominance since it's a deviation from medellian principle.

Drosophila follow the same sex determination as in humans, XY for males, XX for females. The eye colour is sex linked, that is, the genes for eye colour are only carried on the X chromosone in this case, not the Y (there are other linkages that are only carried on the Y, but that's not the case here). The wild-type colour, red, is dominant over the white eye colour. When speaking of inheritance of eye colour in drosophila males specifically, you don't need to consider dominance or recessiveness as males only get one copy carried on the X - either the wild type red, or white, there is no interaction between alleles. The dominance and recessiveness only comes in to play with the eye colour of females, as they get two copies, one on each X they get from the parents, in which case the heterozygous will appear red eyed, as will the homozygous for the red eye allele.

For the image: In this cross we have a heterozygous red eyed female (XWXw) crossed with a white eyed male (XwY). In the offspring you see that half of the females would be heterozygous for red eyes, thus presenting as red eyed, and half would be homozygous for white. In the males half would be red eyed and half white eyed as there is no dominance or interaction between alleles as they only have the single copy on the single X chromosome they have inherited.

With all that in mind, you are right, you will only get white eye males in the F1 generation if the mother in a cross is heterozygous for the eye colour trait. 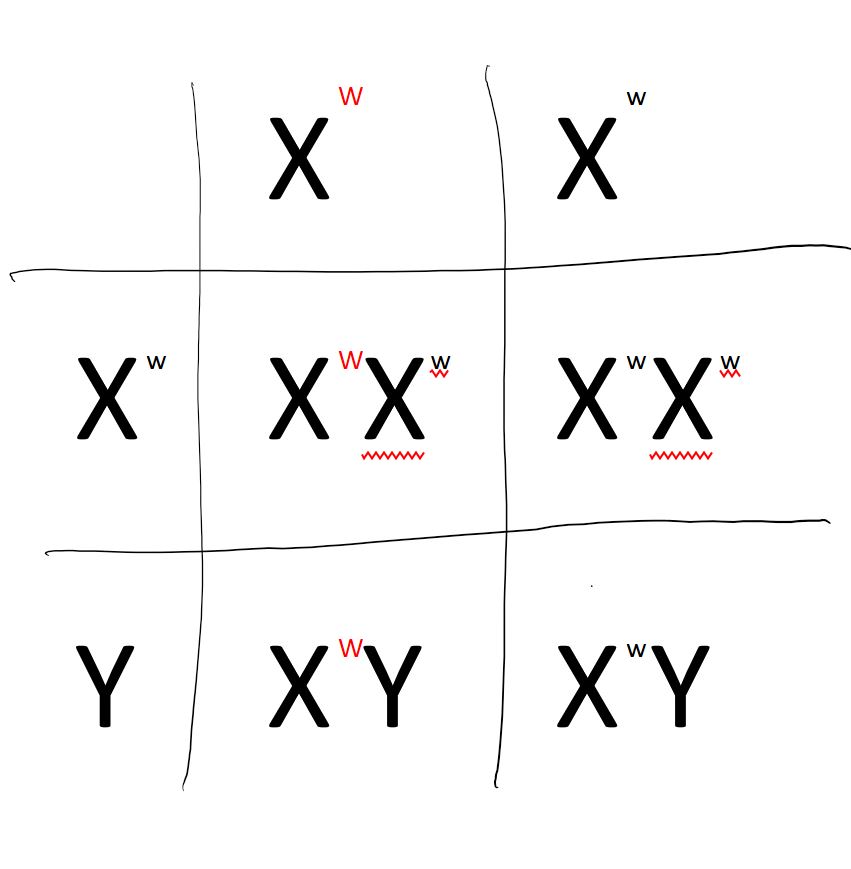 Not the answer you're looking for? Browse other questions tagged human-biology genetics evolution molecular-biology or ask your own question.