Are there organisms which have compartments of different body temperature?

I was wondering if there are organisms which have compartments(inside the body) with different body temperatures. To clarify are there organisms which have tissue/organs which are surrounded by something (other cells, tissues) which have an other temperature.I'm not talking about fluctuation in body temperature, such as in ectotherm organisms. I have never heard about something like this and nor I could find information or articles about this (the reason why this question doesn't provide much background research). However I'm still wondering if there are organisms like this (or at least come close to this)?

Ps. please edit this question or comment if you can provide more background information regarding this topic

For most of the multicellular organism; different part of body would exist in different temperature; however there are more extreme/ drastic examples too.

Bombardier beetles; a group of beetles; that have a specialized reaction chamber in the body; where they can produce a hot and noxious reaction-mixture. They project it towards the enemy; and can throw by bending their pygidial region to wide range of directions. They do it as a defense mechanism. 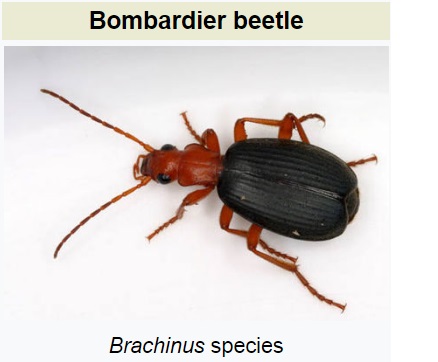 The reaction mixture can attain a temperature up to 100°C , more than enough to cause thermal death of normal protoplasm. But the reaction take place in a specialized compartment inside their body... and nothing else happen to the life of the beetle. 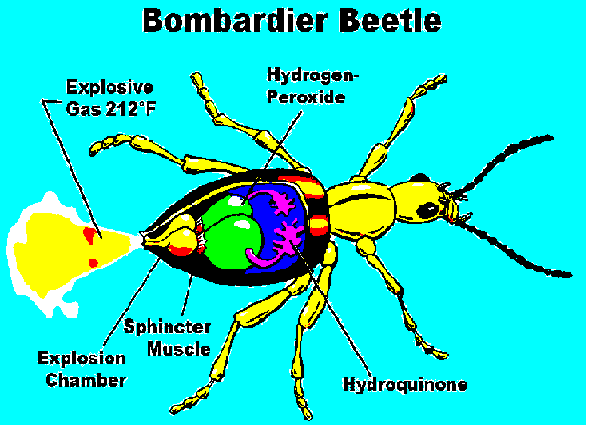 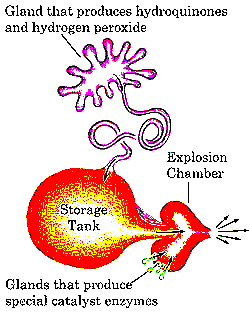 more detailed diagram of the gland, however, diagrammatic. 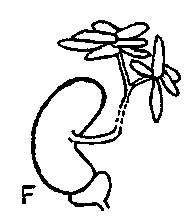 This paper includes a simplified diagram of chemical reaction in the chamber. 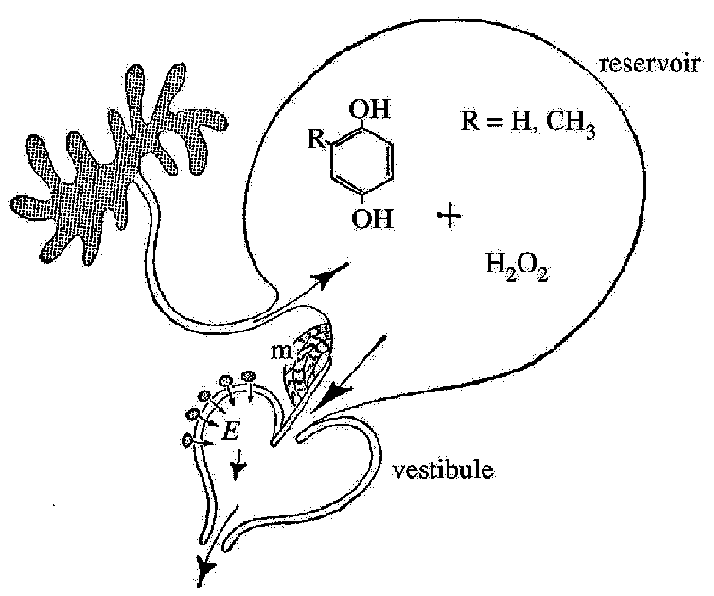 Here is an image from BBC showing bombardier beetle in action. 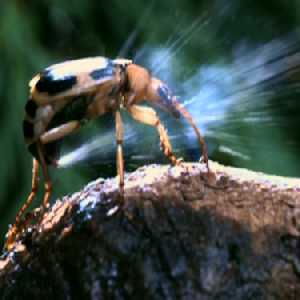 As @kmm suggested, the scrotum is a common "compartment" that is commonly a few degrees lower than the core temperature.

A key concept is the core temperature. That's only in the core.

I'm not sure if I understand your use of "compartments". Can an arm or a leg be a compartment? By definition, it is. A compartment is a section. A body part fits that definition.

Decades ago, I realized something fascinating about body parts and body temperature.

I had rescued a pregnant Siamese cat. In the litter she birthed, every kitten was a light ivory color everywhere. Over the next few weeks, the limbs, ears, tail, and face of each kitten darkened. At the time, my field was Molecular Biology, and my theory was simple: coloration in this breed was due to a temperature-sensitive enzyme. The kittens had come from an environment that had a constant (the core) temperature throughout: the uterus. Therefore a lower-temperature-sensitive enzyme would be inactive. After birth, their extremities were cooler, allowing the enzyme to produce melanin in the newly growing hair.

While I couldn't prove it in my cats, after some searching I found that someone else had already proven it in similarly colored rabbits.

So, yes, different sections (or compartments) of the body can have different temperatures.

48
What's the maximum and minimum temperature a human can survive?
2
Temperature Tolerance In Relationship To Body Temperature
8
Does body temperature affect human lifespan?
6
Which organs in the body are responsible for measuring temperature?
4
Why are low temperatures lethal?
6
Why do crows sit on treetops even when it is cold?
1
human body in an environment where temperature is above body temperature