What strange jelly-like thing is shown in the photo?

What is shown in the pictures below? The photo was taken at the Australia's south coast (Queenscliff). The length of the thing is no longer than 50 cm... It doesn't move and has jelly-like consistency... My guesses were either some product (egg cluster or excrement) coming out of a mollusk, a torn part of some kind of sea plant or a part of a jelly-like creature... 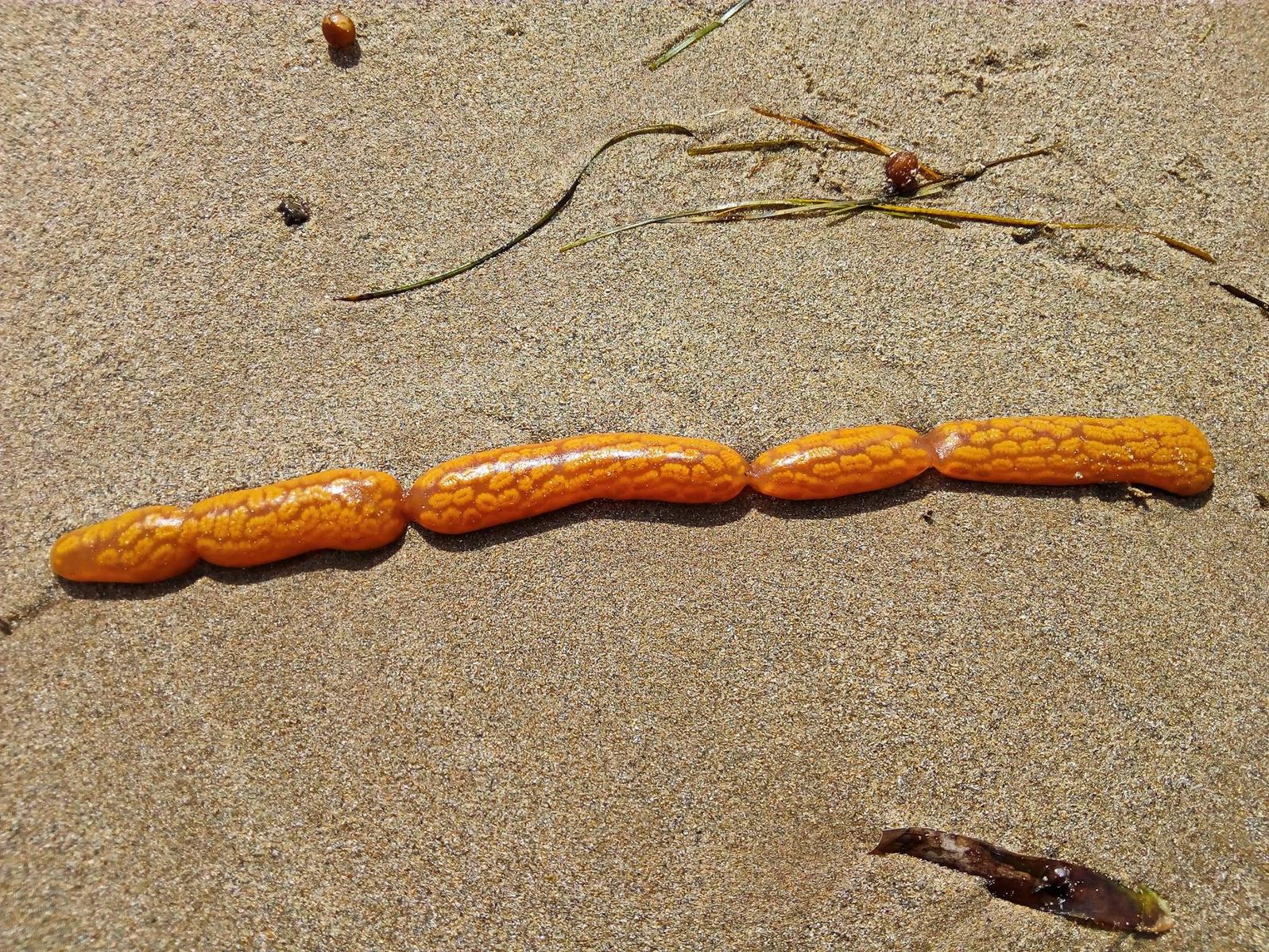 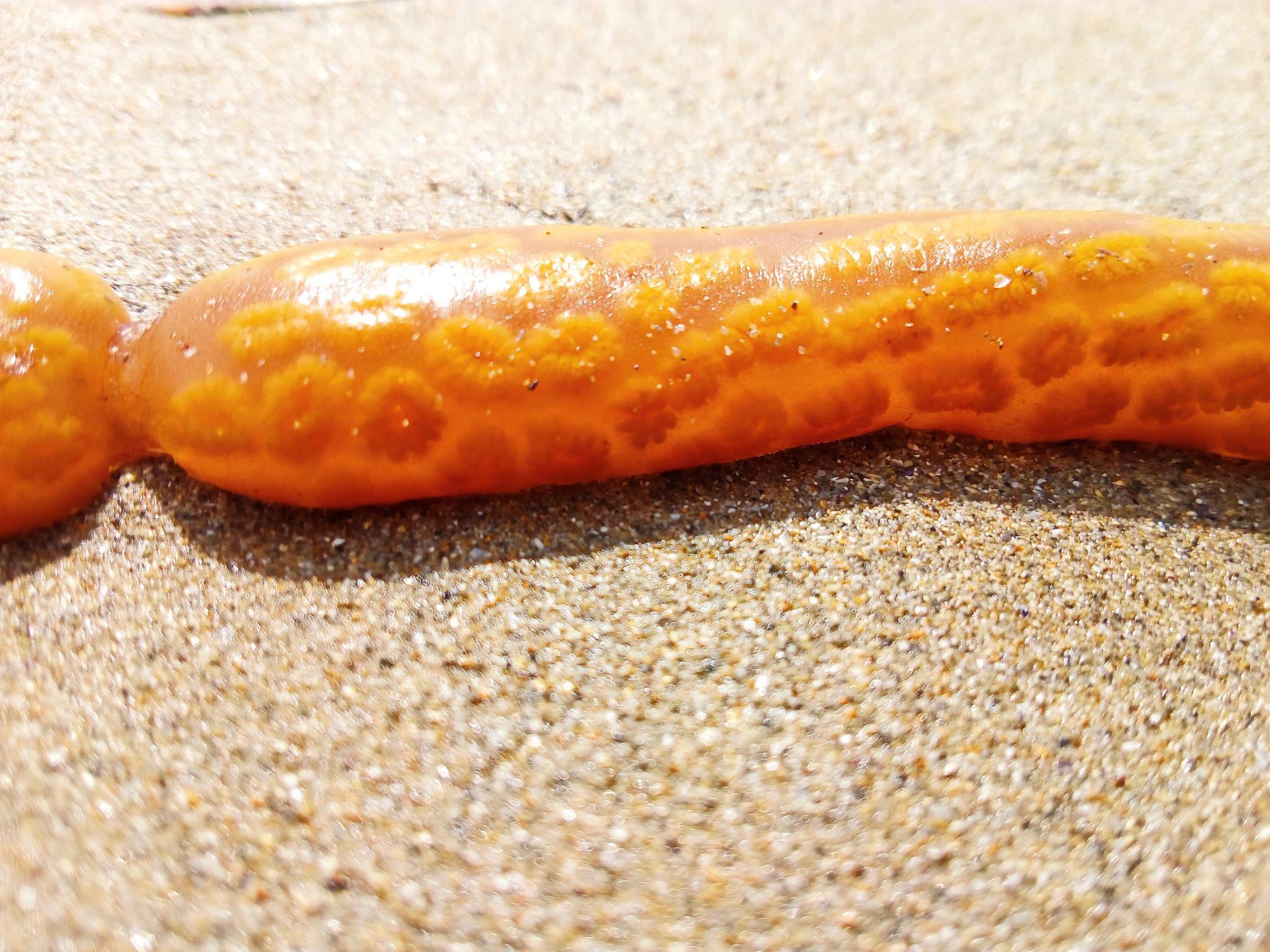 I agree with @Gerardo-Furtado's comment that what you most likely have here is a colonial tunicate (or sea squirt) from the genus Botrylloides.

According to images and information available via the Taxanomic Toolkit for Marine Life of Port Phillip Bay$^2$, it appears as though you have a specimen of Botrylloides perspicuus (aka B. perspicuum). 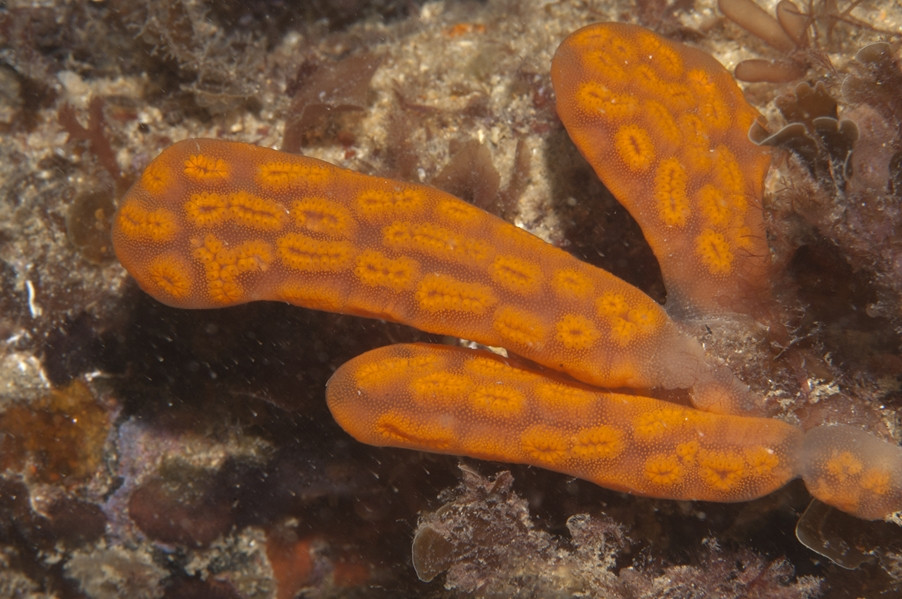 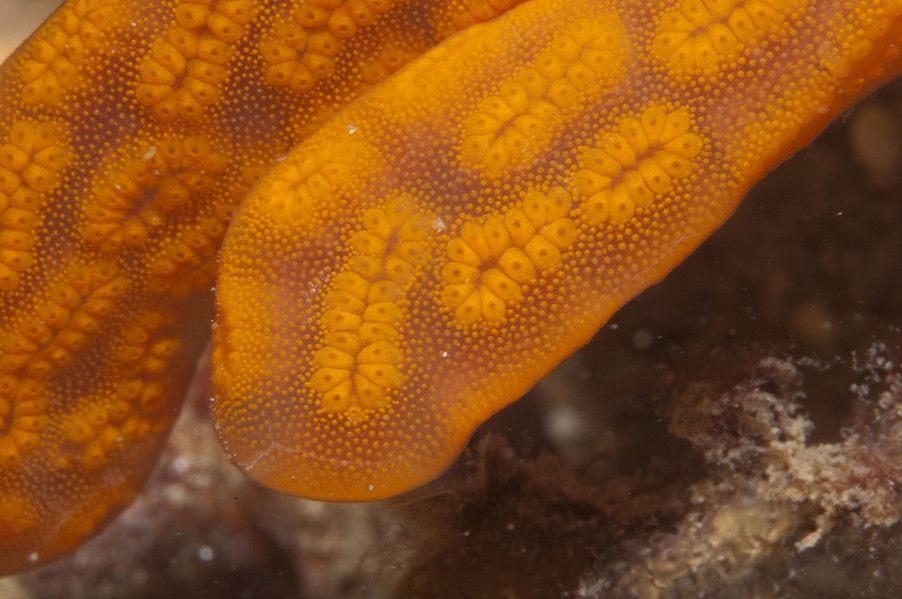 Not the answer you're looking for? Browse other questions tagged species-identification zoology marine-biology or ask your own question.

6
What is this long, thin and segmented insect I found in my house in India?
4
What kind of fish is this (Florida, USA)?
2
What is this whitish jelly incrustation on a plastic tube?