Are glycoproteins and glycolipids present only on the cell surface membrane?

I haven't read this being stated explicitly, however whenever I read about proteins and glycoproteins this seems to be implied. For example, in this Wikipedia article,

Lipid and proteins on the cell membrane surface often have short carbohydrate chains protruding out from the cell surface, known as glycolipids and glycoproteins.

My question is, is this the case? And if so, why would they only be present on the cell surface/plasma membrane. Would they not be useful elsewhere in the cell for example for vesicle trafficing as receptors for targetting sequences?

One idea I have is that, to the best of my knowledge, the enzymes for glycosylation are present in the endoplasmic reticulum and Golgi lumens (oligosaccharyl transferase in ER, etc) so glycosylation would only occur on the part of the protein/lipid that is topologically outside of the cell, however this brings up more questions:

Since you asked three questions, I'll answer them one by one.

No, glycoproteins have many functions and are certainly not restricted to cell membranes.

Some examples of glycoproteins in blood include fibrinogen, antibodies, miraculin, etc. See this:

Fibrinogen (factor I) is a glycoprotein in vertebrates that helps in the formation of blood clots.

For a more detailed list of glycoproteins, see this wikipedia article.

On the other hand, glycolipids are found only on cell membranes. See this:

Glycolipids are lipids with a carbohydrate attached by a glycosidic bond. Their role is to maintain stability of the membrane and to facilitate cellular recognition. The carbohydrates are found on the outer surface of all eukaryotic cell membranes.

Protein targeting or protein sorting is the biological mechanism by which proteins are transported to the appropriate destinations in the cell or outside of it. Proteins can be targeted to the inner space of an organelle, different intracellular membranes, plasma membrane, or to exterior of the cell via secretion. This delivery process is carried out based on information contained in the protein itself. Correct sorting is crucial for the cell; errors can lead to diseases.

There are differences between cell membrane and organelle membrane, which makes them distinguishable for targeting factors.

Glycosylation is a post-translational modification or proteins.

Post-translational modification (PTM) refers to the covalent and generally enzymatic modification of proteins during or after protein biosynthesis. Proteins are synthesized by ribosomes translating mRNA into polypeptide chains, which may then undergo PTM to form the mature protein product.

Only certain proteins require glycosylation, that is why they are translated by ribosomes connected to golgi apparatus or endoplasmic reticulum. If glycosylation enzymes are present everywhere in the cell, then every protein that encounters them would get modified and, possibly, non-functional. Thus, there are special compartments in the cell for such purposes.

EDIT: To answer the questions you asked in comments:

We aren't sure about that yet. There have been a couple of studies to find out whether there could be glycoproteins in mitochondria, one of which is this:

If there are glycoproteins in mitochondria, they could be at many other places too inside a cell.

Glycosyltransferases (GTFs, Gtfs) are enzymes (EC 2.4) that establish natural glycosidic linkages. They catalyze the transfer of saccharide moieties from an activated nucleotide sugar (also known as the "glycosyl donor") to a nucleophilic glycosyl acceptor molecule, the nucleophile of which can be oxygen- carbon-, nitrogen-, or sulfur-based. 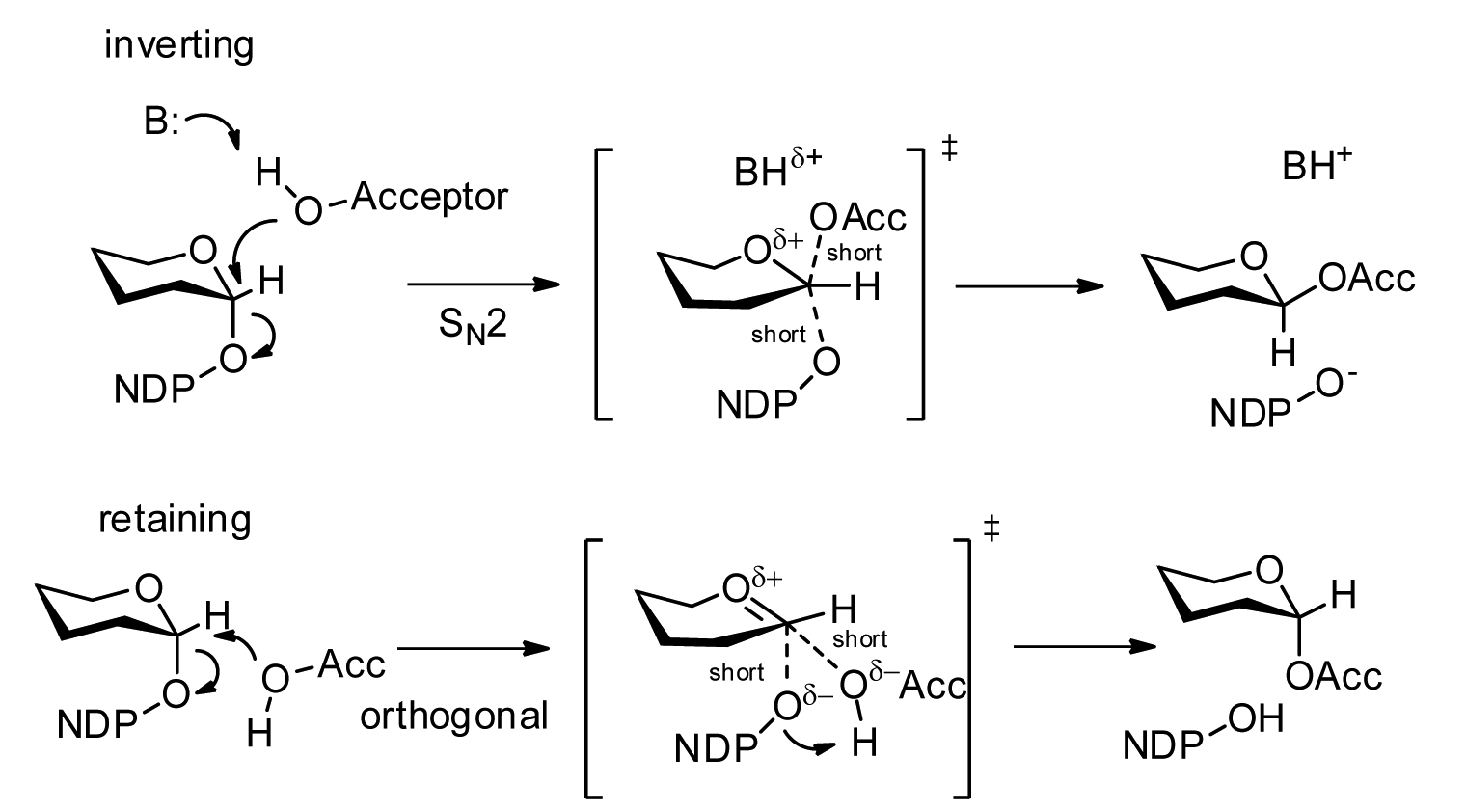 5
Simple diffusion of lipid-soluble molecules through phospholipid bilayer -- does anything get "stuck" in transit?
1
Bacterial capsule vs. slime wall
7
Permeability of Plasma Membrane
2
Plasma Membrane Proteins and Cytoskeletal Attachment
1
How is the cell membrane protective?
2
How do viral envelopes contain molecules coded for by viral genes when they are derived from the host cell's plasma membrane?
2
Examples of passive membrane transport proteins that only transport in one direction and their mechanism
1
Understanding the general dynamics of protein diffusion in cell plasma membrane