What kind of hawk is in this picture?

I found this hawk(?) sitting on a fence near a small duck pond with a fountain near my workplace in Fort Smith, Arkansas, USA. There are some wooded hills (deciduous) nearby. It let me get within 3 meters or so before flying up to a tree across the pond. Based on measurements made of the fence it was sitting on, I'm guessing a height of 50 cm (20 inches) head to tail, I assume it'd have a wingspan of 60-70 cm perhaps (24-28 inches). 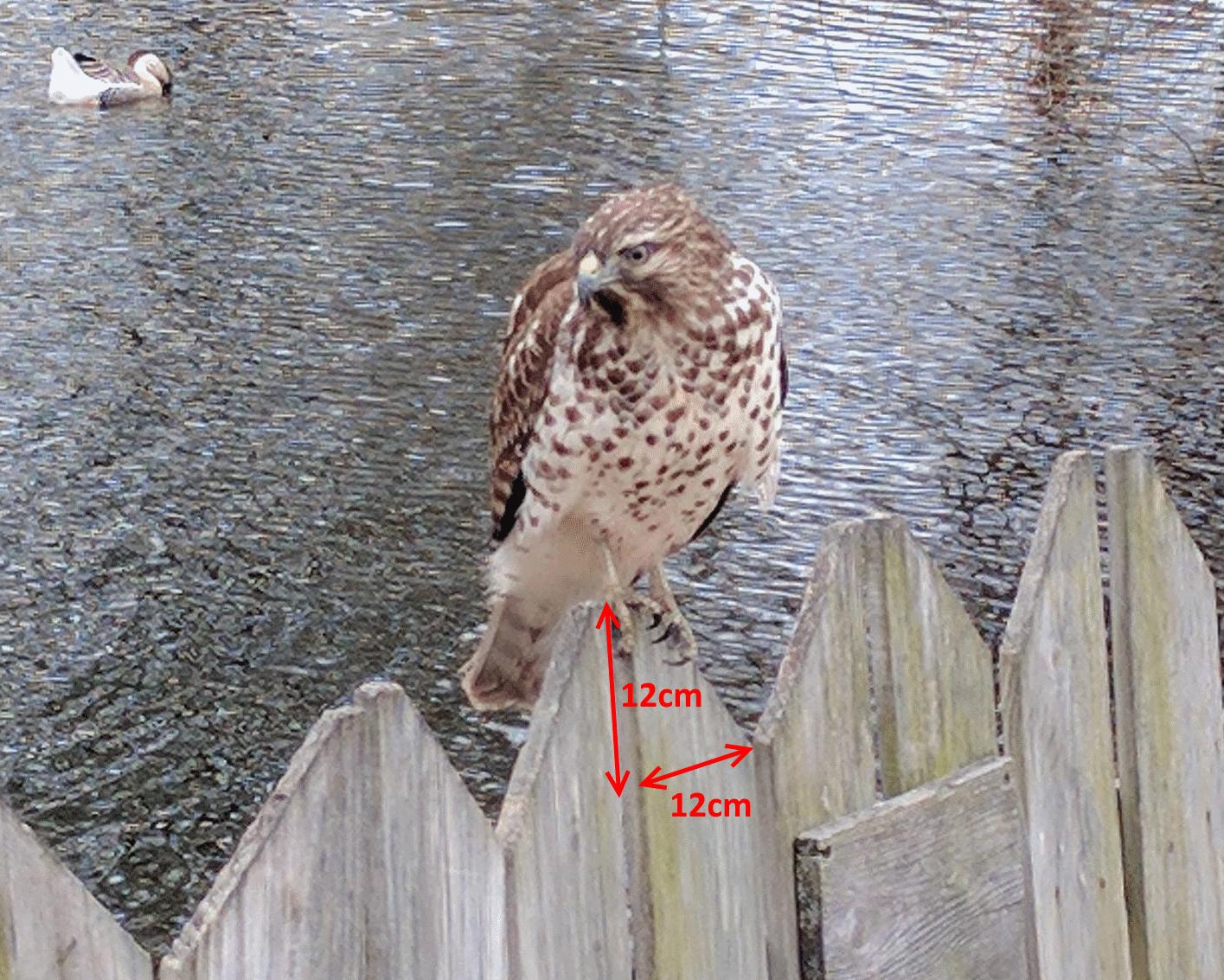 My best guess it either the Red-shouldered Hawk or Red-tailed Hawk. Unfortunately, I couldn't get a good picture of its back/tail. Any idea what species this is? I came across the bird during winter.

It looks very much like an immature red shouldered hawk.

Red shouldered hawks are smaller and like deciduous forests, like perching on wires, branches, etc. Red tailed hawks are usually birds of open spaces. They hunt from lower down than red tails, and they're often found near water (especially rivers and swamps), as they like frogs and snakes.

Limited to a phone for a while and can't do much (I'm a dinosaur) but info and pictures here.

11
What is this raptor on a building in California?