I live in France. I've just found several (8) of these in my living room, close to an oak cupboard and my Christmas tree, a cut Abies nordmanniana (supposedly grown in France).

Their body is around 5 mm (1/5 in) long. On the tissue they walk easily (1st picture), but on the glass of the jar they can't even stay upright and fall upside down (2nd picture).

(At first I was afraid they would be woodboring insects, which I've never seen, but WP taught me the latter are beetles, and these beasts aren't beetles, right?) 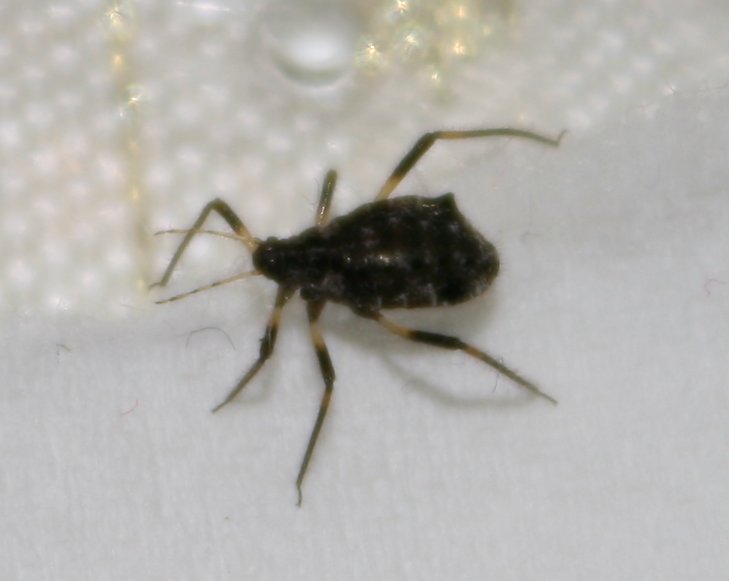 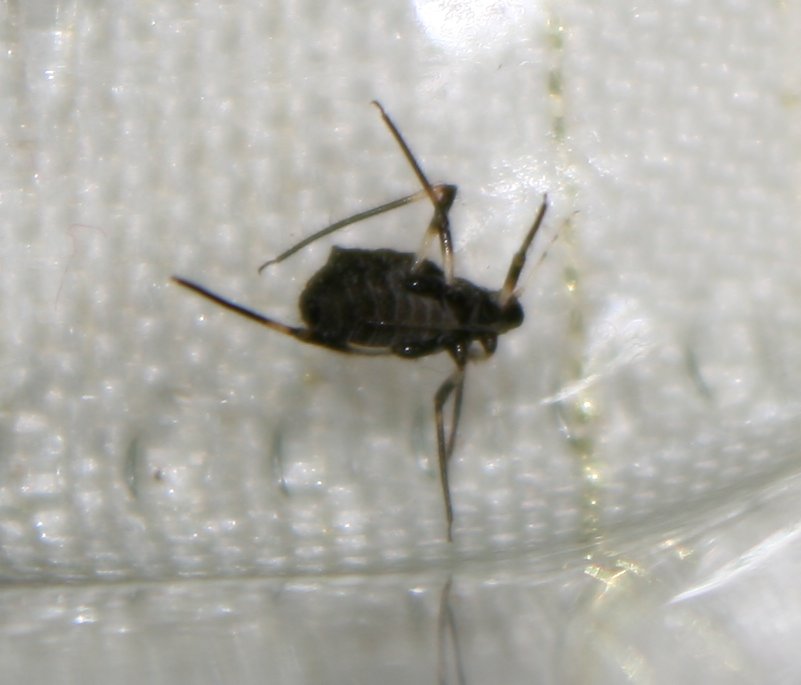 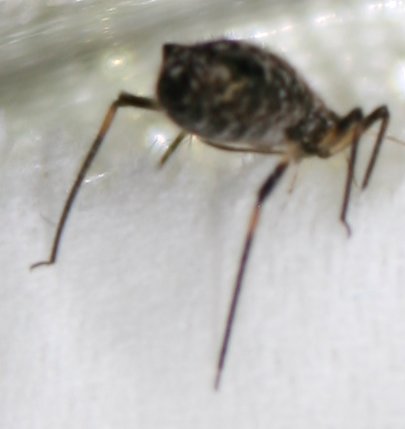 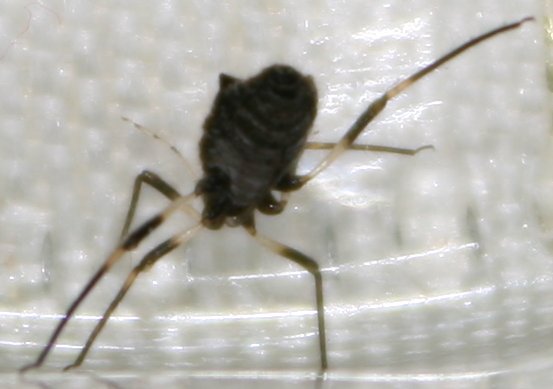 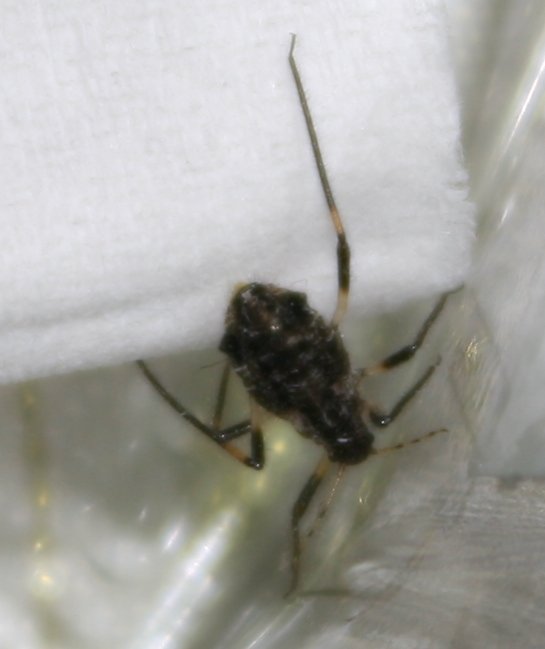 I think these are Hemiptera, and I doubt they are pests. They probably came from the christmas tree (which usually brings hundreds of arthropods into your house). It is a bit hard to see from your pictures (blurry, no clear underside), but my initial guess would be a nymph from Hemiptera (True bug), for instance from the Coreidae family (look at a google picture search at nymphs for some examples). An alternative could be nymphs from Psocoptera), which can look a bit similar. A clear difference between them is in the mouthparts, where Hemiptera have a rostrum (a "straw", sucking mouthparts), which should be seen from the ventral side, while Psocoptera has biting mouthparts. Your second ventral picture seems to show a long rostrum along the underside, which would point directly at Hemiptera. I don't know of any indoor Hemiptera pests (except ones that might attack house plants), but I might be mistaken.

This is just shown as an example, and is not likely to be the correct species, but here are the nymph stages of the common Coreus marginatus, just for comparison: 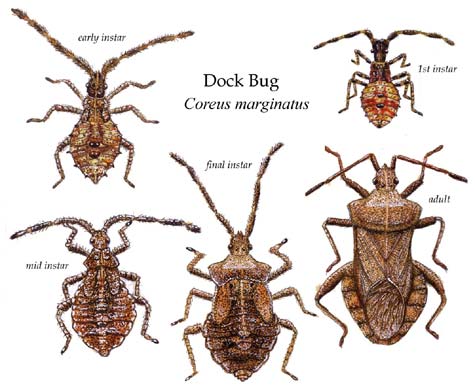 Here is a picture clearly showing the rostrum (see arrow):

Another possibility could be that they are aphids. This is still within Hemiptera (but not Heteroptera), and they also have a rostrum. Aphids have a pair of "tubes" (cornicles) coming out of their backs where they can extrude defensive compounds, and your first picture shows something that might be cornicles (the pointy things towards the back). However, to me, they seem to lie towards the side and look like the type of spikes or thorny sides that many Heteroptera have (a suborder of Hemiptera). Your individual also seems to have flattened edges of the hind body, which e.g. many Coreidae have. Again, clearer pictures would separate these possibilities. It would also be useful to see the number of antennal segments clearly.

EDIT
That said, I looked at some pictures of aphids living on coniferous trees and they can be fairly similar to your specimen. I actually think Cinara confinis is very likely (or another species in the same genus). This species is circumpolar, found in France, and often lives on Abies: 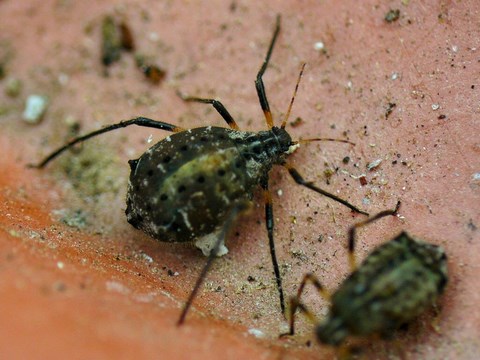 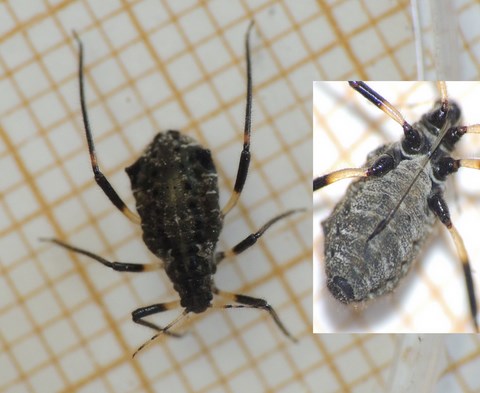 This is what I have found...

The genus is Ptenothrix, but that may be incorrect. I found a photo of a species (Ptenothrix renateae) that looks similar to yours, but almost definitely not it (http://bugguide.net/node/view/610295/bgpage). In comparison it does have the same: ovular body, number of legs, thinness of legs, stripes on legs and antenna. However, the differences (and the reason that I believe this is not the same species as yours) are; though your insect has long anntena in comparison to its head it is not quite as long or thick as this species; the hind legs of your insect seems to be slightly longer; your insect is a different shade (which of course can happen amongst the same species).

Consequently, I believe that the Ptenothrix renateae species is located in a similar location to your insect; I am confident they are in the same order and probably family too, though I am not sure about genus.