Reading annotations from a plasmid map

Can anyone explain why inside plasmid mapping software the annotations are layered under each other, I am confused as to why there are essentially two layers within the map, for example in the image below.

The bottom red layer is annotated as "DsRed2" and the top yellow is "LacZ-DsRed2 fusion expressed in E. coli". Does this mean that the red layer is inserted into the original LacZ gene or some sort of mutagensis...? Any explanation would be real helpful. 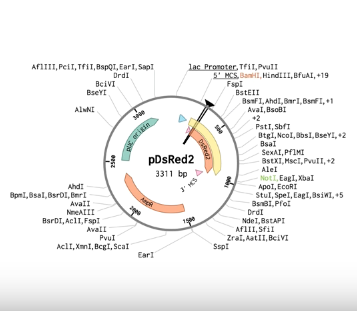 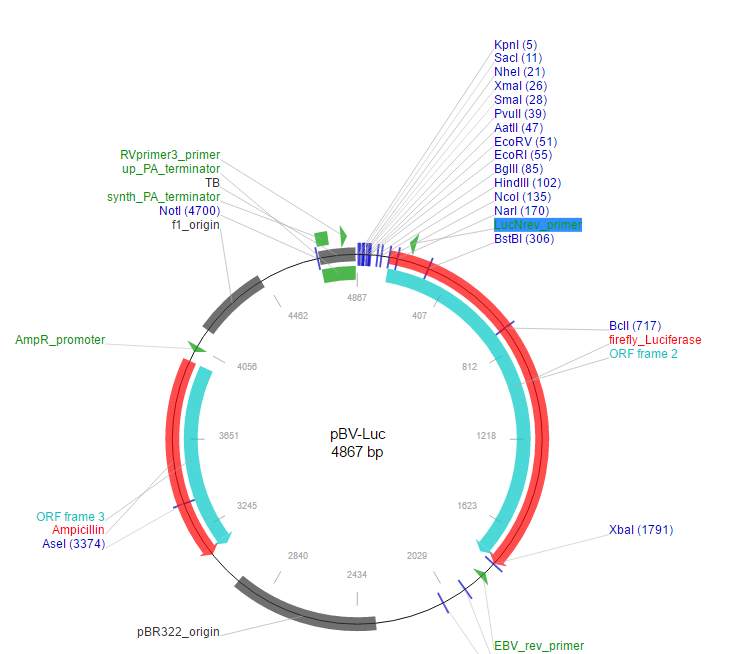 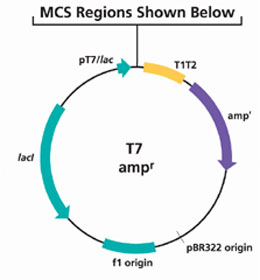 Keep in mind that the plasmid map is made by someone, and probably not perfect. They're also made by programs that let you annotate everything everywhere, even overlapping stuff.

In silico, I assume that the DsRed part and the Lacz parts were present, perhaps copied from some other plasmid map including annotation. After that, someone decided it was a good idea to annotate the complete ORF (in yellow).

What I think this means in reality (just guessing from the map, which is just coarse schematic picture): there's a part of Lacz still present in the plasmid (in pink, second lane) which is fused (in frame) to the DsRed gene (red). Together this gives the fusion gene marked in yellow. Also notice the part (terminator?) in pink that's in the third lane.

Not the answer you're looking for? Browse other questions tagged bioinformatics plasmids or ask your own question.

1
Plasmid maintenance
4
blue/white screening - results are opposite as expected
3
Identifying the origin of replication of an unannotated *E. coli* plasmid
2
Plasmid: Empty Backbone?
3
Plasmid choosing
1
Plasmid addiction system in high-copy number plasmids
2
Large plasmid ligation: do I need alkaline phosphatase?
3
How do you read the gene insert domains on a plasmid from Addgene?