Why don't we build up an immunity to sore throat?

We often get sore throats once or twice a year, and it clears in a few days sometimes without any antibiotics. I was wondering why doesn't our body become immune after clearing a sore throat?

Sore throat is most commonly attributed to pharyngitis, or the inflammation of the back of the throat called the pharynx.

Sore throats can be caused by many things. (e.g., see here, summarized below):

First off, a sore throat can be the result of many things unrelated to illness:

As a result, at least 30+% (higher in adults) of reported sore throat cases (and supposedly many more unreported cases) are not due to any type of illness.

Further, a number of pathogens can cause a sore throat:

It turns out that pathogen-caused pharyngitis is fairly common. Supposedly 10% of adults with sore throats have strep, and around 70% of children pharyngitis cases seen by doctors are either virally or bacterially caused.

It turns out that sore throats are fairly common; Jones (2004) determined that about 7.5% of people have a sore throat in any three-month period. Further, on average, adults get a sore throat two to three times a year and children about five times a year (Tamparo 2011 and Rutter & Newby 2015), so your personal experience is fairly average.

Because viral causes and non-pathogenic causes make up an overwhelming percentage of overall sore throat cases, it shouldn't be surprising that most sore throats clear up without the use of any antibiotics.

As for those that are caused by pathogens:

Bacteria and viruses both mutate fairly quickly (see Antigenic Variation, Antigenic Drift and Antigenic Shift), so it shouldn't be surprising that you're capable of having an immune response to pathogens throughout life.

So not only are there a number of pathogens that can cause sore throat, but each of these pathogens can mutate. That leaves you with a fairly sizable number of potential invaders that can illicit a sore throat.

Depending on the kind of foreign invasion, two different immune responses can occur in either of these 2 broader "systems": either a humoral response involving antibodies or a cell-mediated repsponse. 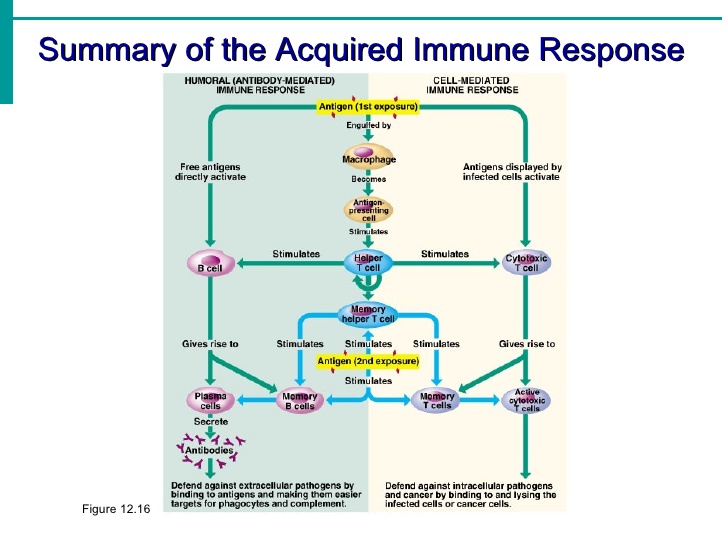 A general feature of the immune system is that these mechanisms rely on detecting structural features of the pathogen or toxin that mark it as distinct from host cells (see Chaplin 2010 for a review). The mechanisms permitting recognition of pathogenic/toxic foreign structures can be broken down into two general categories:

The important take-away from all this, though, is that your immune response relies on structural "markers" on pathogens in order to recognize them. This is true for both innate and adaptive immune responses. If the physical/structural properties of a pathogen change (due to antigenic processes and mutations as mentioned above) your immune system will be slower (and possibly ineffective) in responding to an attack.

Not the answer you're looking for? Browse other questions tagged human-biology immunology bacteriology pathology immune-system or ask your own question.

39
Why don't we develop immunity against common cold?

2
Are there any viruses or bacteria which have evolved to withstand higher temperatures due to fever
3
Are B Cells unique to an individual's immune system?
11
What causes feeling of feet falling asleep to be delayed?
14
Why does the protection afforded by some vaccines last longer than for others?
3
Can suppression of the immune system help cure chronic diseases?
0
How is histamine useful against allergies?
4
Why do we have such a wide range of responses to pathogens and carcinogens?