What are the discerning characteristics, missing from the other rows (Superfamily, Subfamily, Genus, Species)?

Basically I want this knowledge so I can work towards being able to separate, categorize (catalogue) and/or identify new or unknown species, etc. 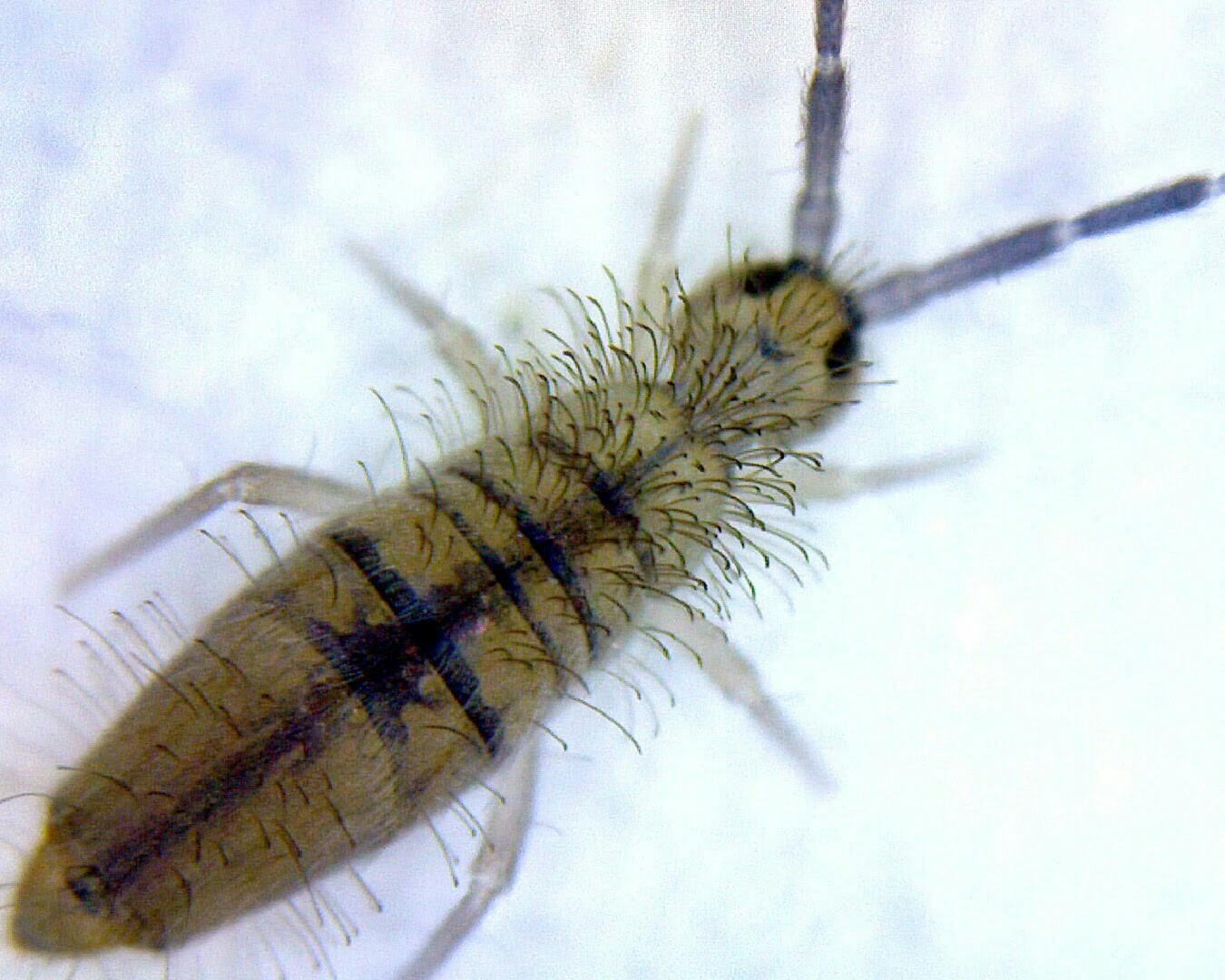 Sources: Image; photographed by myself. Text; transcribed from my own hand-written notes. Most likely (originally) gleaned and adapted from publicly available, online information. It may contain errors or inaccuracies.
Resources: Check out Bugguide.net and Collembola.org.

Okay, the question has been put on hold, preventing answers from being posted (very irritating and obstructionist policy for those seeking answers, I might add). So I will attempt to clarify. 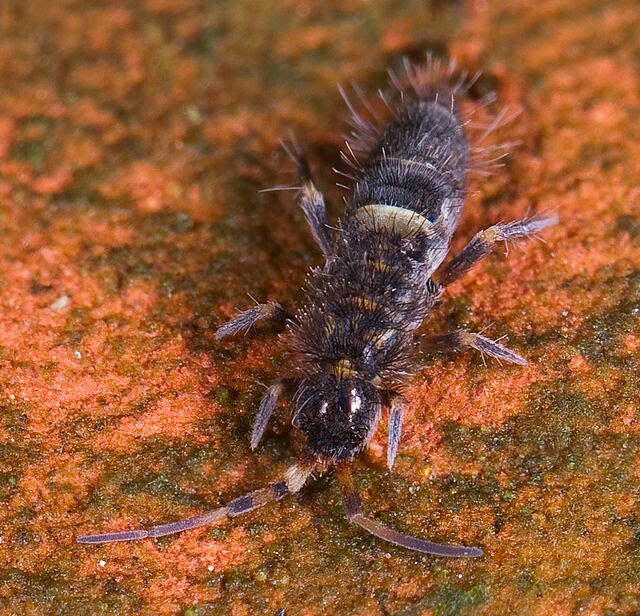 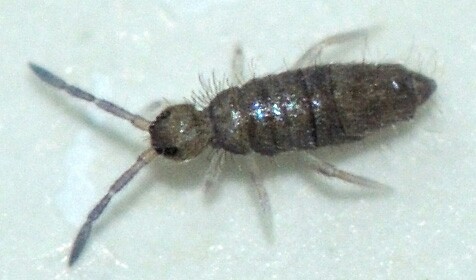 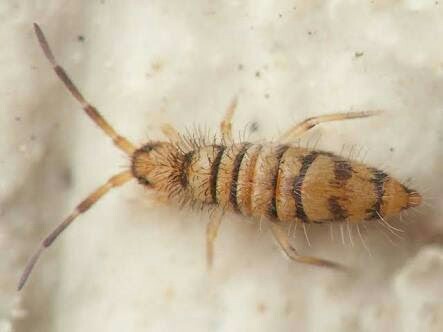 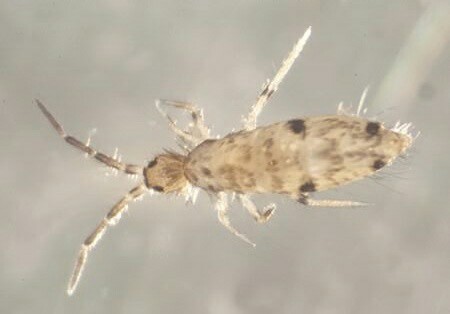 The diversity of these specimens; span not only multiple species, but multiple genera. Yet, despite the fact that they each exhibit relatively distinctive combinations of patterns and colours across their cuticle (epidermis, surface epithelium), setae, scales, etc. they all look pretty much identical.

This seems to be the equivalent of declaring a homo sapiens of African descent; a different species to a homo sapiens of Irish descent, on account of their superficial aesthetic differences (most notably regarding melanin; the pigments that determine the colours of a human's skin, hair[s], and iride[s] (eye[s]), and so on). Which, at first seems absurd. But for those of you who disagree, observe the differences between (for instance): Exhibit X vs Exhibit B & Exhibit Y vs Exhibit E. Similar variations between individuals of the same species are not uncommon in the least.

Thus, my question: What are the discerning taxonomical differences between various species and genera of the Arthropoda known as Collembola (aka Springtails)? 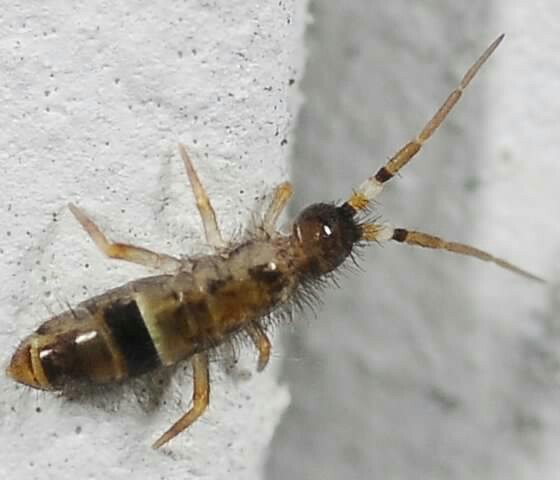 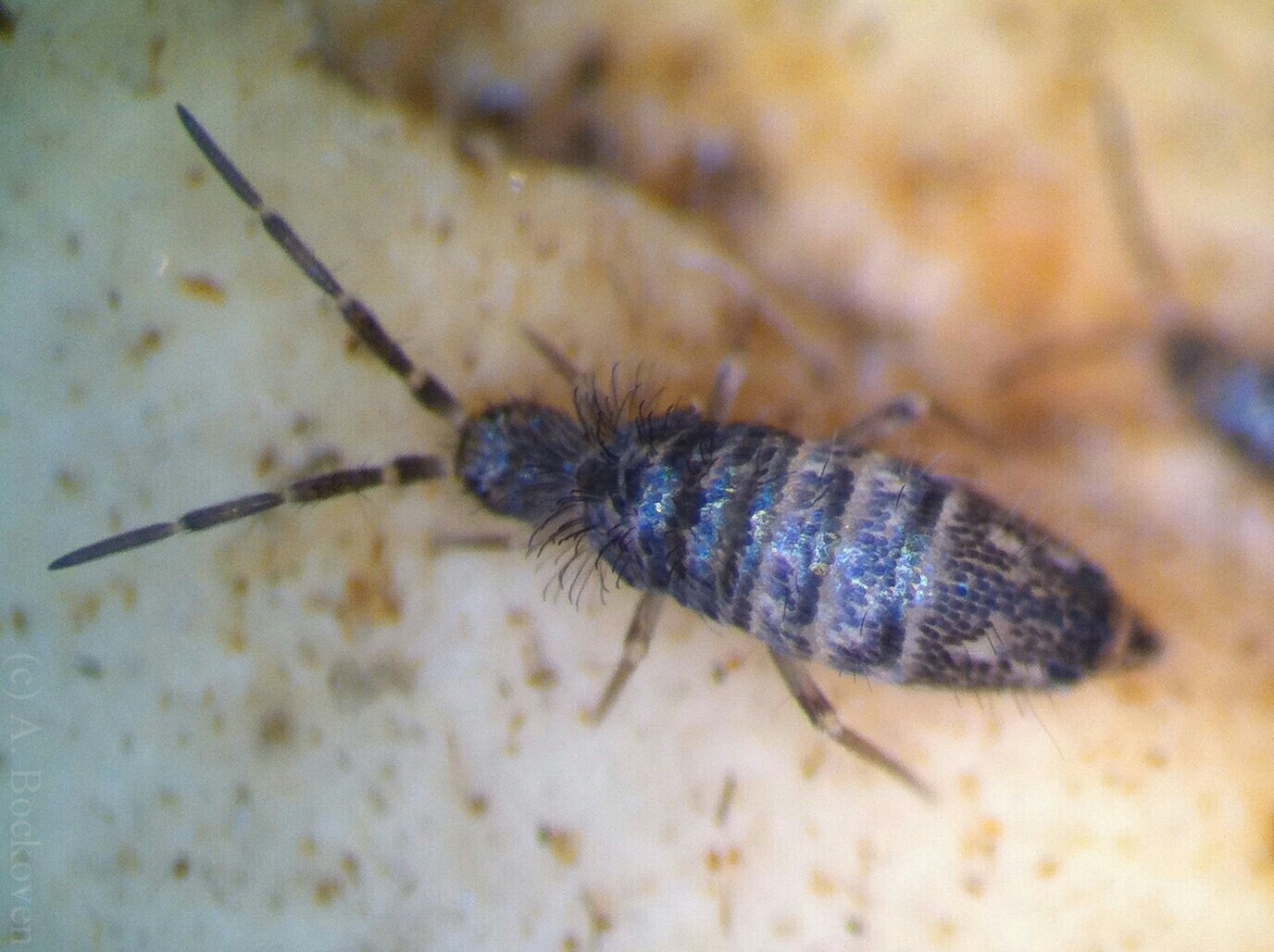 The third column doesn't contain distinguishing characteristics at all -- they are the first word of the vernacular (or common) names for those groups on Bug Guide. Specifically, Bug Guide lists order Entomobryomorpha as Elongate-bodied Springtails, and family Entomobryidae as Slender Springtails -- so I think you're just looking at truncated data that's misleading you!

What you're looking for a taxonomic or identification key, which gives you set of yes-or-no questions that will allow you to identify an individual to a particular taxonomic group. Know Your Insect has a taxonomic key that allows you to identify insects to order Collembola, which provides exactly the sort of distinguishing characteristics you're looking for: "This illustration shows two characteristic features of members of this order: the collophore (center), a tube-like structure used to secrete fluids; and the furculum (lower left arrow)." Note that this resource refers to this group as an order, not a class -- that's not uncommon among different taxonomic resources. Wikipedia refers to this group as subclass Collembola!

Unfortunately, it doesn't look like there's a freely available taxonomic key for species within this group, unless you buy a specialized guide like A Key to the Collembola (Springtails) of Britain and Ireland.

Not the answer you're looking for? Browse other questions tagged species-identification entomology taxonomy classification arthropod or ask your own question.

5
Online course on Plant Taxonomy and Physiology
1
What is actually systematics? What is the difference between it & taxonomy?
4
Application of Latin names for Taxonomy
5
Do common terms for animals such as amphibian or reptile fall somewhere in taxonomy levels?
2
Is amphibians being descended from fish reflected in the animalia taxonomy?