What kind of event would cause the current Mitochondrial Eve to be replaced by a new one?

Apparently all living humans are matrilineal descendants of a single woman who lived 200.000 years ago. She is called Mitochondrial Eve.

But at the time she lived there was a different matrilineal ancestor that all living humans shared. And between then and now I imagine many other women have been Mitochondrial Eves of the human population that lived at a particular time.

What I'm wondering is what kinds of events would cause a different, more recent matrilineal ancestor to become the Mitochondrial Eve of all living humans?

One scenario I can image is that the human population is on the brink of extinction and literally only a few people survive. Because there are so few people alive, I imagine that the chance that they share a more recent matrilineal ancestor is high.

The same questions could be posed for Y-Chromosomal Adam and the most recent common ancestor of all humans, I guess...

One possible scenario would be that a particular woman develops a mutation rendering her much more 'fit' (in the evolutionary sense) than her peers. For the sake of argument, lets take the very simplistic case of an X-linked recessive mutation causing the women who bear it to have say 10 children at each birth. If this mutation is then transferred to the offspring, it will very quickly spread across the entire population.

If this continues for a few generations, the crushing majority of the earth's population will be the descendants of that one woman who carried the original mutation, she would be the new mitochondrial Eve.

I want to stress that this is nothing but a very simplistic thought experiment. Such a mutation is i) very unlikely, probably impossible, ii) likely to render the carrying individual less fit rather than more as each birth would be exhausting, increasing the chances of dying during child birth.

If you take a snapshot of this process at one point in time (e.g., contemporary humans), you can use this estimated time to say how long it would take to accumulate the present differences - that is when the line began. Due to the continual extinction of extant mitochondrial lines, there is some point in the future where if we were to take the snapshot we would estimate that the mitochondrial eve was alive right now.

What would need to happen for a single woman's mitochondrial genome to be in all living humans ?

All other women would suddenly or gradually need to be eliminated from the gene pool. No other woman could enter the gene pool of this future humanity. So the most likely scenario is one where we would have to be reduced to a single woman at some point.

Genetic isolation was brought up, but the words 'all living humans' doesn't really say 'isolation'. In isolation, there are other people still carrying on somewhere else. Here we are talking about only isolation in the sense that the breeders are the only ones left to reproduce.

Even so, any human woman will still be descended from MEve. That original Eve would still be the mitochondrial Eve, though the genomic record pointing to her would have disappeared.

A completely New Eve could happen if there were a woman unrelated to MEve were to come along, and her offspring were so much more successful than all other women that over time only this woman's daughters were chosen as mothers. She would be incredibly successful- like all her children were 6'6" and much smarter, attractive etc etc, then the rest of the gene pool could dwindle leaving only 'new Eve'. This could happen say if we got some Neanderthals going. They don't seem to be particularly likely to take over though.

This is similar to the scenario where one female lineage simply out-competes all other female lineages to assume the mantle of M-Eve. This seems less likely to me. This lineage would have to enjoy an advantage would have to out-weigh all over variants that exist at the time and would ever emerge over the following generations before our new M-Eve's final domination. Given the number of genes and possible variants, in the entire genome, that is statistically really improbable.

As far as a new Y Adam, this sort of thing nearly happened for men. Just to remind, the Y chromosome is transmitted exclusively from father to son, so a Y Adam would be the only ancestor of all men on the face of the planet.

A national geographic sponsored survey of genomes found that in central asia 8% of all men have the same Y chromosome. Over all humanity, 0.5% of all men have the same Y chromosome. The genetics point to the Mongol Warrior King, Genghis Khan whose campaigns across Asia to the doorstep of Europe included him bedding with one or more different women from the conquered peoples every night, one of whom is reputed to have killed him. Not incidentally killing many men too, eliminating much future competition for his progeny.

Its a little easier to imagine in the case of a new Adam only because a one man can have hundreds or even thousands of offspring in his lifetime. Even then, Male psychology seems to bring it up more than is rational. Its still extremely improbable (not going to happen). 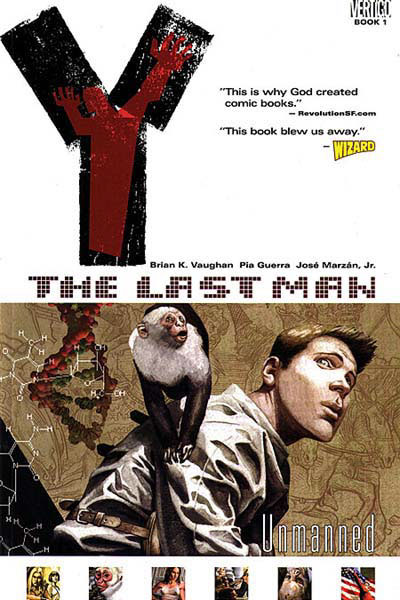 Its also worth noting that few species have been able to come back from such a small gene pool and number...

Here's a tree of human Y chromosomes. You can see that fat grey blob which are descendants of GK. 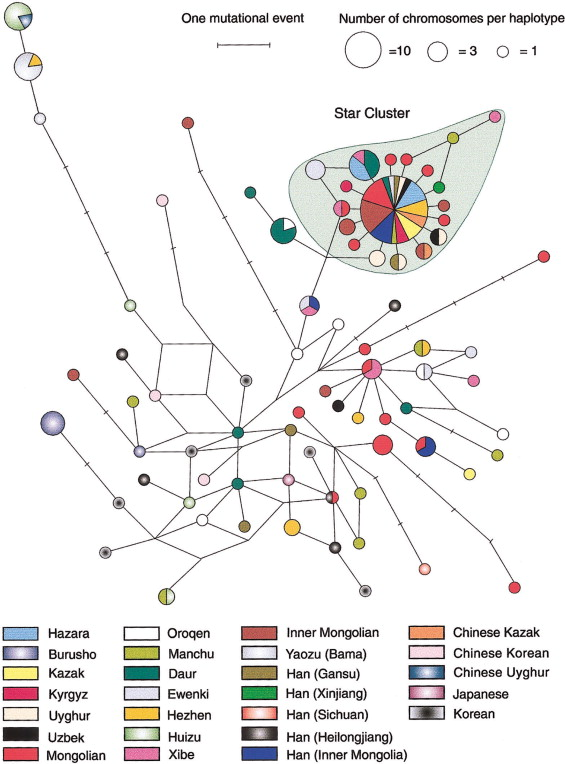 Not the answer you're looking for? Browse other questions tagged genetics dna human-genetics or ask your own question.

6
What is a Mitochondrial Eve and Y-chromosomal Adam

5
Is better healthcare a bane to the long-term survival of the human race?
6
What is a Mitochondrial Eve and Y-chromosomal Adam
18
Why do we assume that the first humans were dark-skinned?
2
Genetics and blue eyes
5
How is it known that Homo sapiens and Homo neanderthalensis interbred?
3
Rationale behind Most Recent Common Ancestor (MRCA)?
0
Does mitochondrial eve have to exist?