Dorsal vs Posterior and Ventral vs Anterior 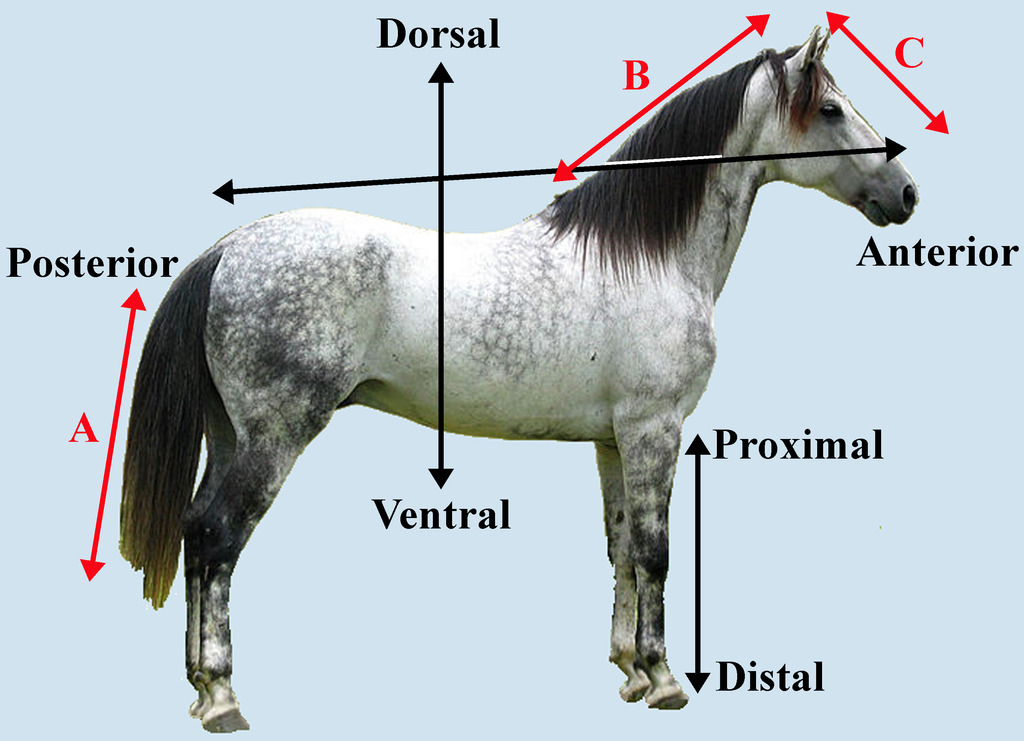 This page on wikipedia gives a good synopsis of these concepts.

The confusion lies in the fact that many websites on anatomy discuss/describe/define these terms in relation to humans. However, in quadrupeds and fish (and birds), Anterior/Posterior lies orthogonal to Ventral/Dorsal and are instead synonymous with Cranial(Rostral)/Caudal. Examining the etymologies of the 4 terms in question will demonstrate why there seems to be an inconsistency in their usage:

Based on the body orientation of the organism (often associated with forms of locomotion), these terms can sometimes overlap (as in bipedal humans) but often lie perpendicular to each other (as in quadrupeds, fish and most birds).

Think of ventral (Latin venter = "belly") as being associated with the belly side (with belly referring to "swelling" or "inflating") -- or typically the side of the organism containing the digestive and respiratory organs. Dorsal (from Latin dorsum meaning "back") refers to the body region/"side" opposite that of ventral (and typically called the "back").

Depending on the orientation of the organism, these terms may be synonymous in some instances but be orthogonal in other instances). 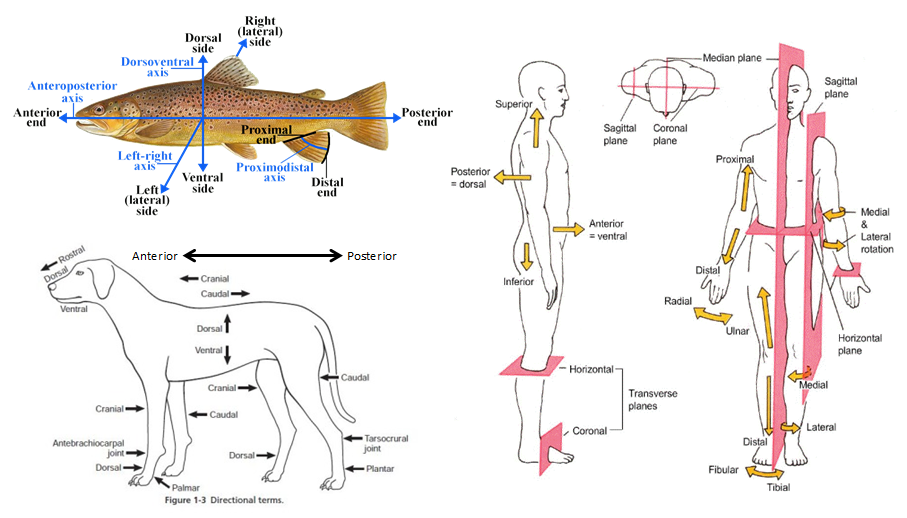 Sometimes anterior/posterior would be synonymous with ventral/dorsal, as is the case in humans or other bipedal organisms.

In other instances (e.g., in quadrupeds, fish or birds), posterior/anterior lies relatively orthogonal to the dorsal/ventral orientation. In these cases, dorsal/ventral is instead synonymous with superior (from Latin superior, comparative of superus "that is above," from super "above") and inferior (from Latin inferus meaning "low" or "below"). 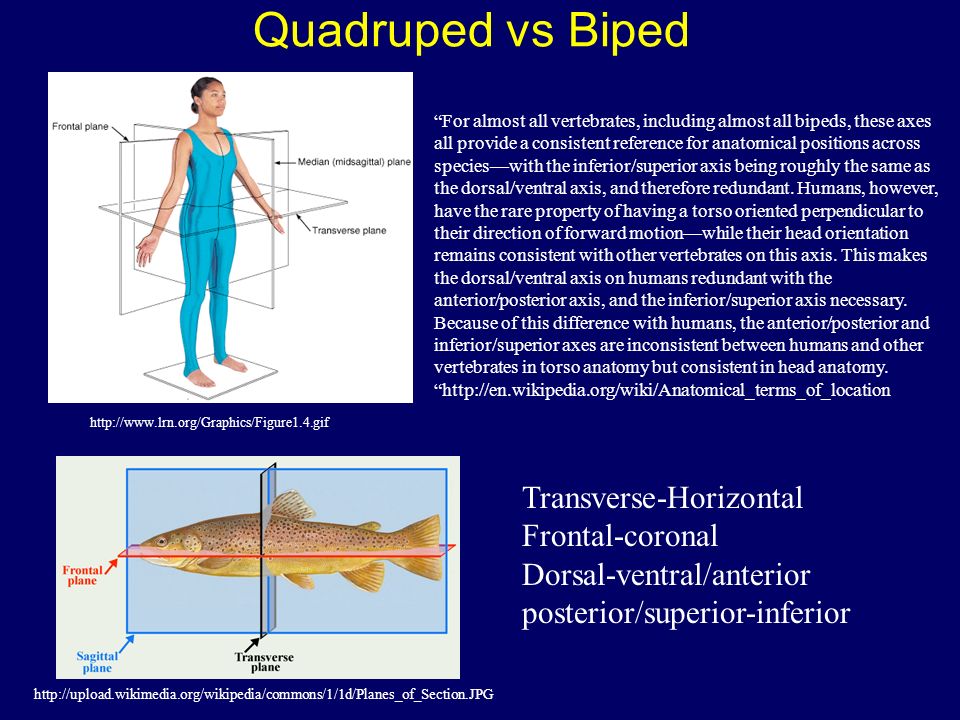 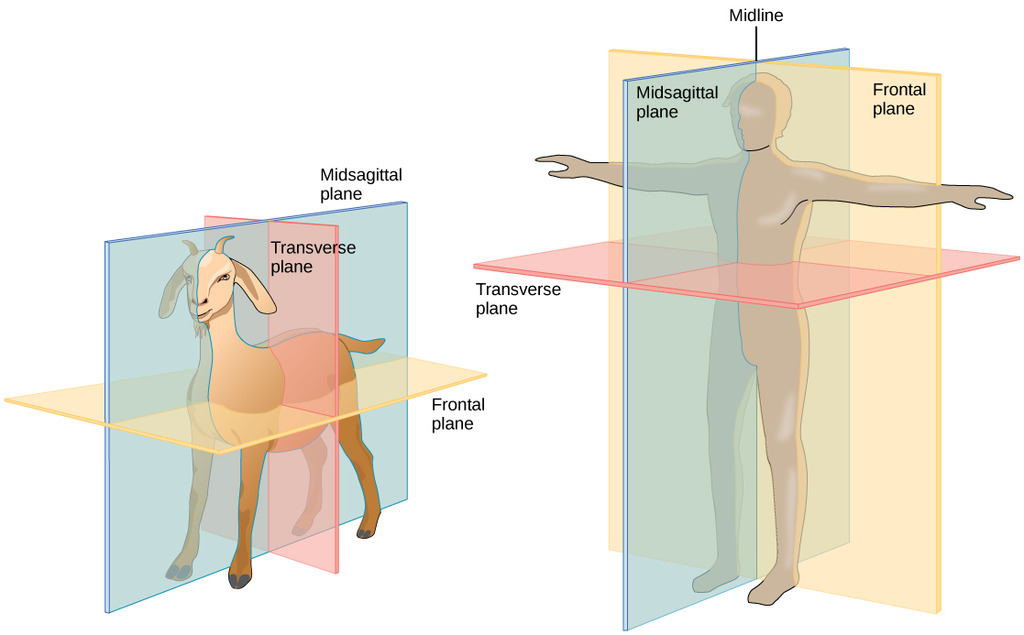 Although these terms differ between shapes/orientations of organisms, using such terms for more specific body parts (e.g., heads or feet) are not always as inconsistent.

This approach to anatomical positional terminology only works with bilaterally symmetrical organisms. See here for terminology usage for other organisms.

13
Using anatomical terms for human organs and parts of plants

1
Structure of adenoids
0
For the human head, which direction is anterior, and which direction is ventral?
2
Identifying internal structures of dissected fish
13
Why is the opposite of plantar flexion called "dorsiflexion"?
13
Using anatomical terms for human organs and parts of plants
4
Hormonal terms Somatotrophin or somatotropin?
2
Why does exhaled air still contain oxygen?
0
Can a hinge joint technically allow rotatory motion?
0
Is the central sulcus the boundary between basal and alar derivatives?