Can you help identify this species? 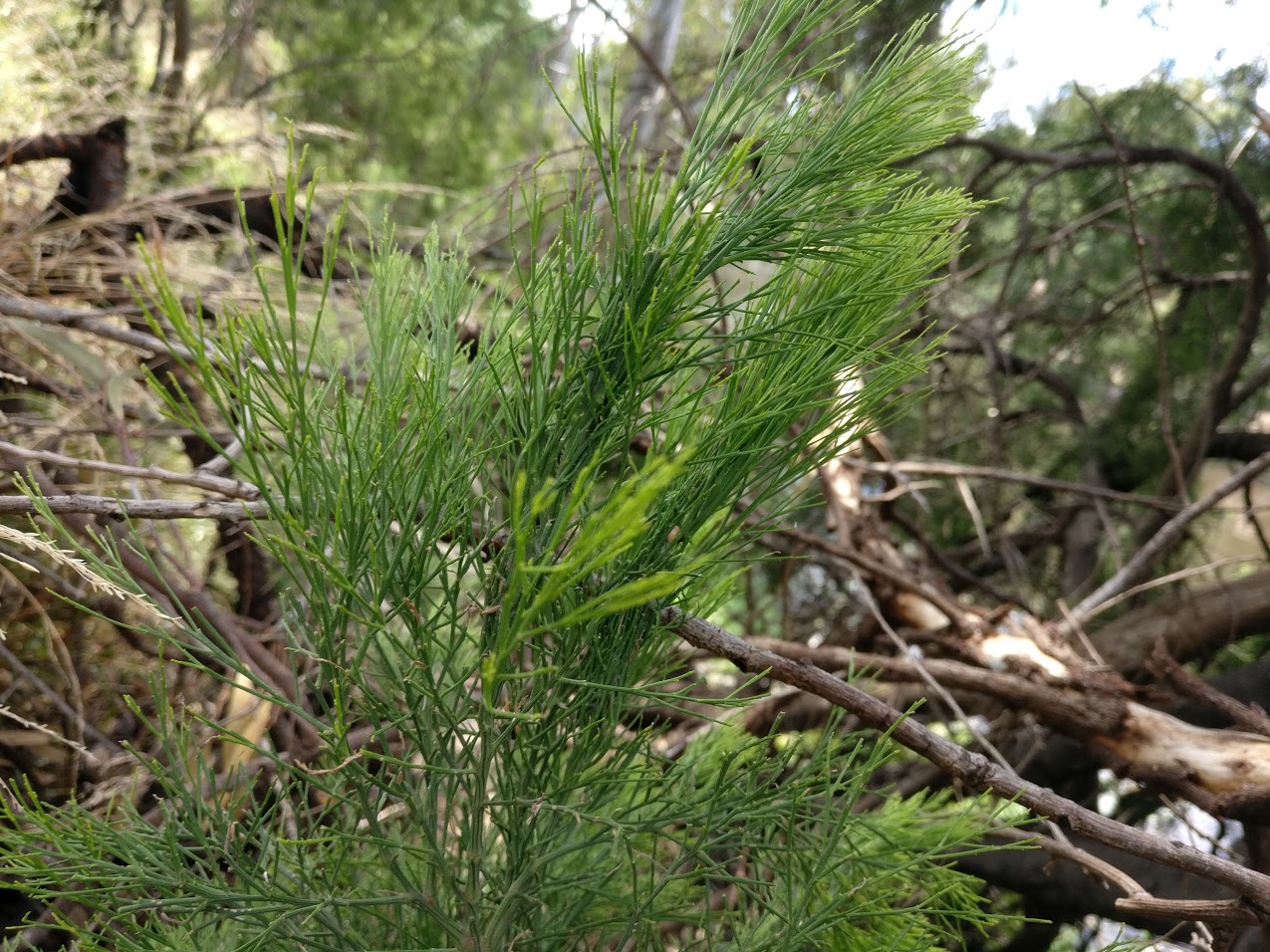 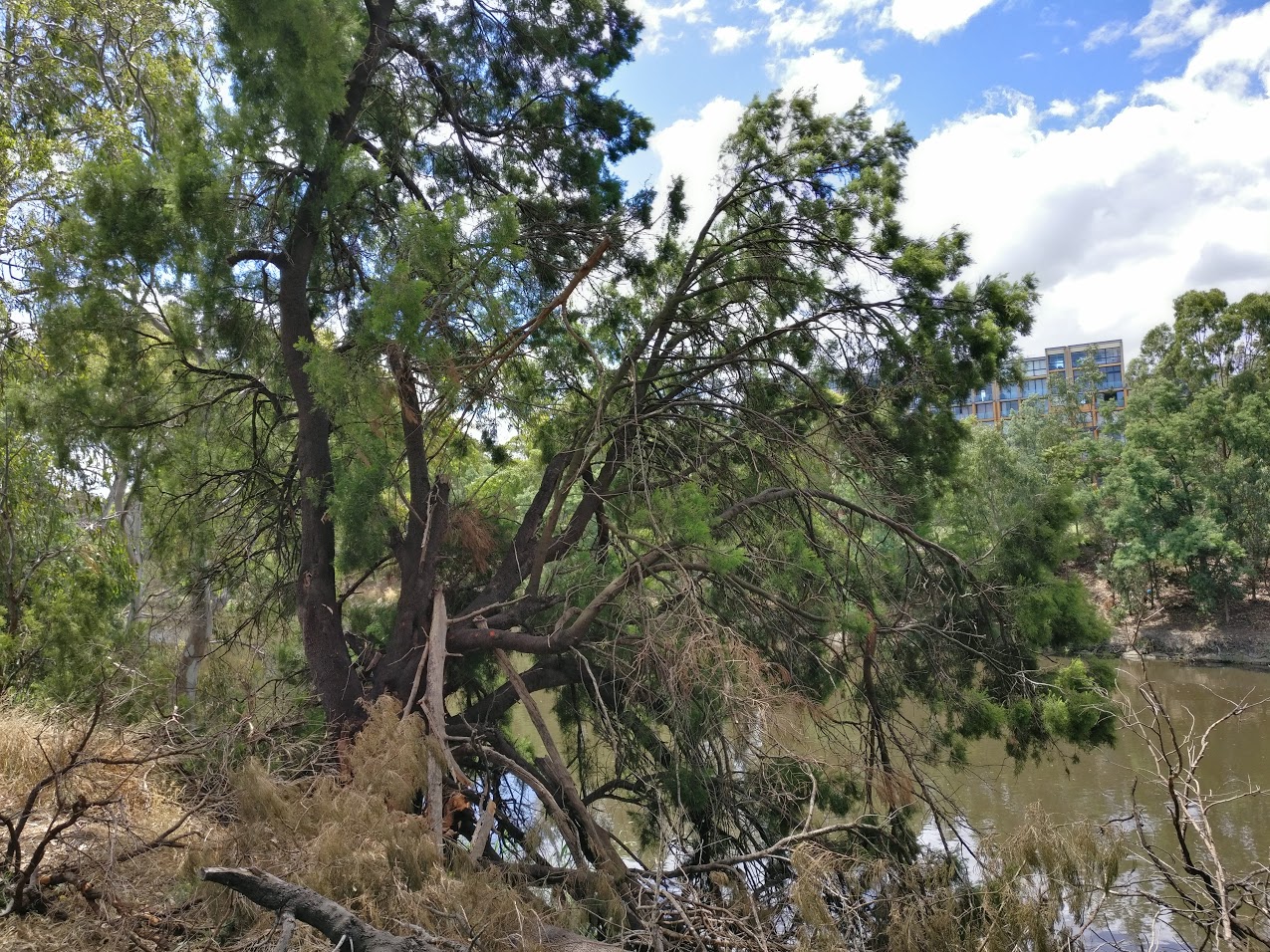 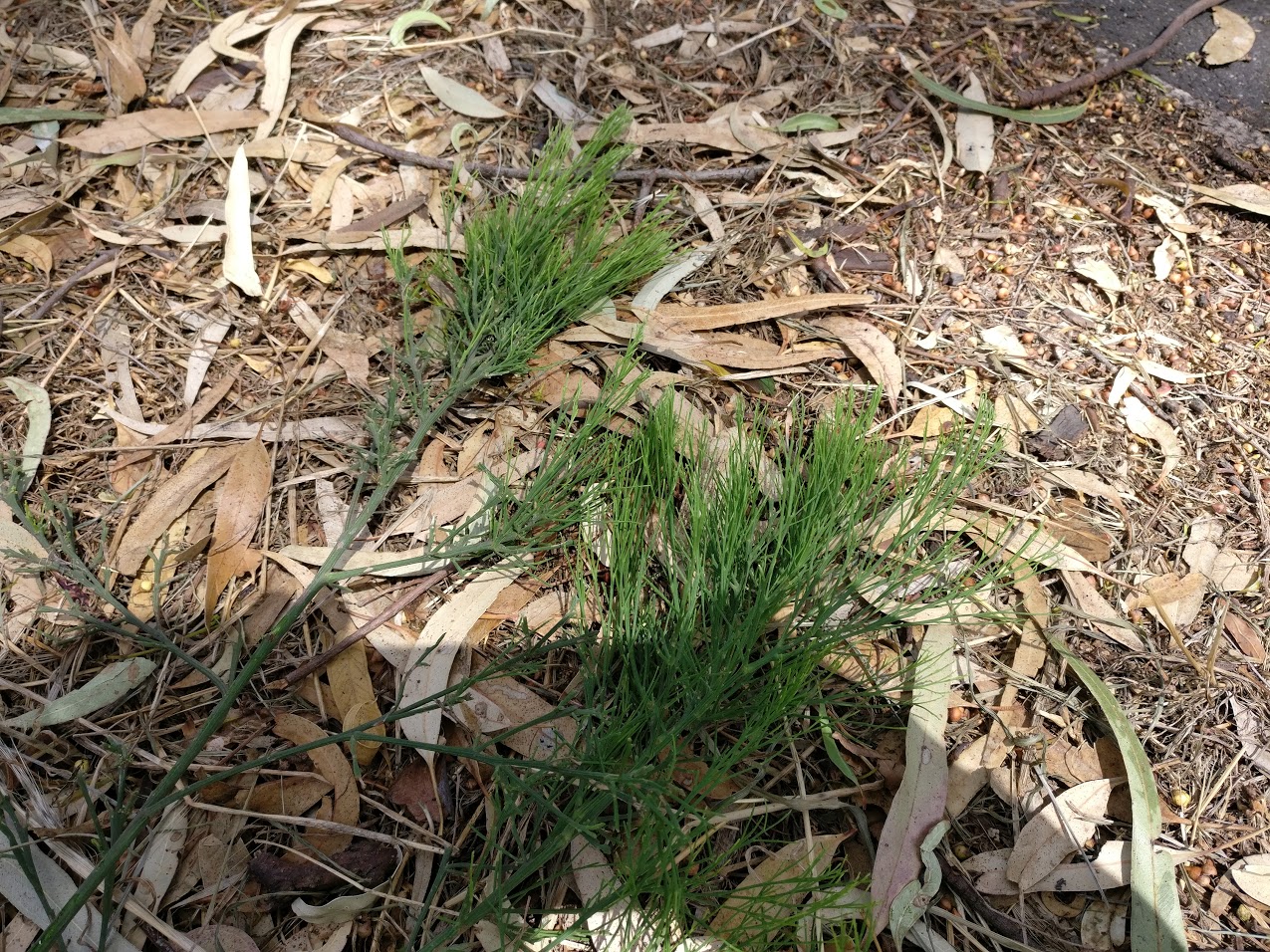 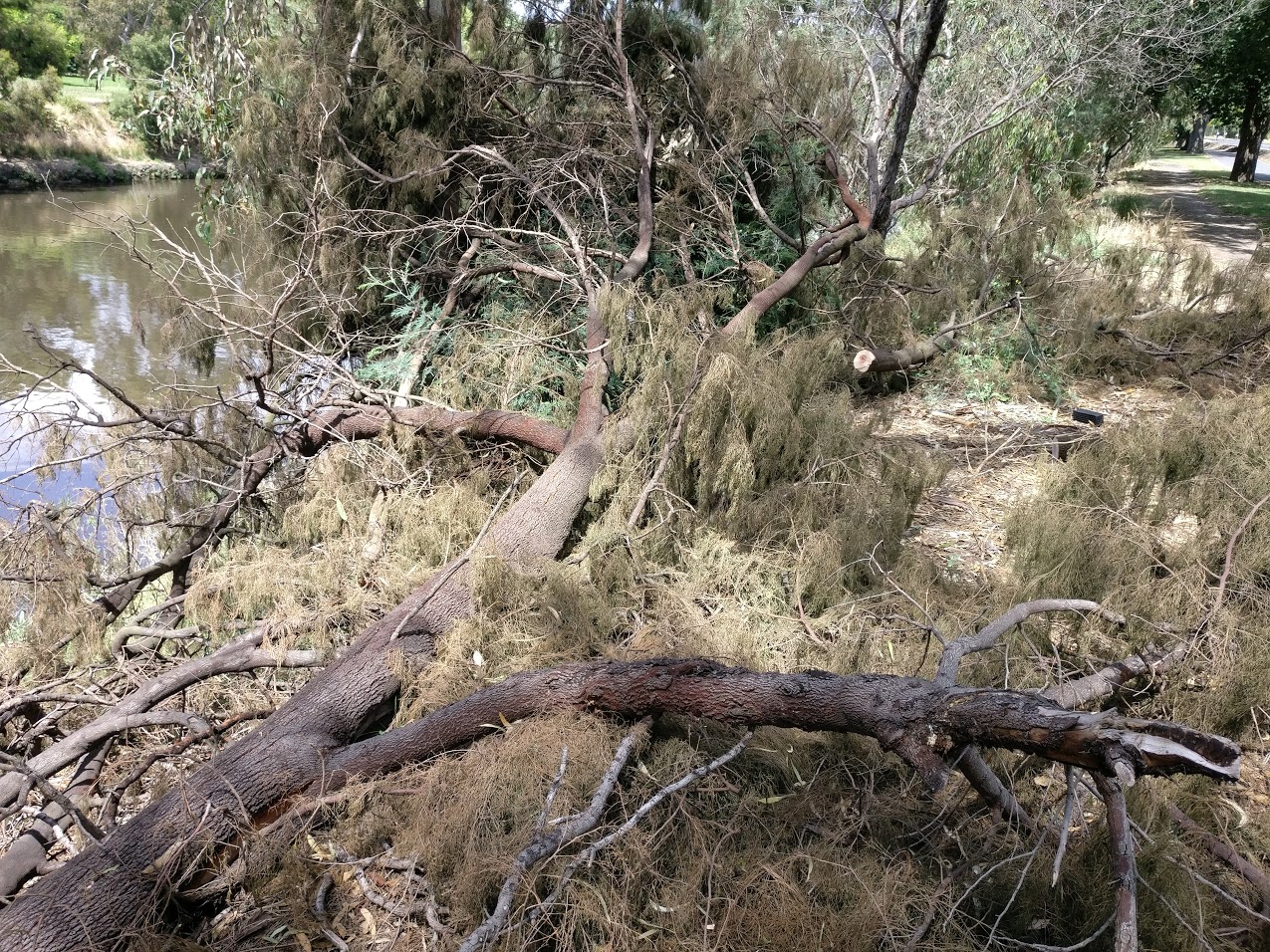 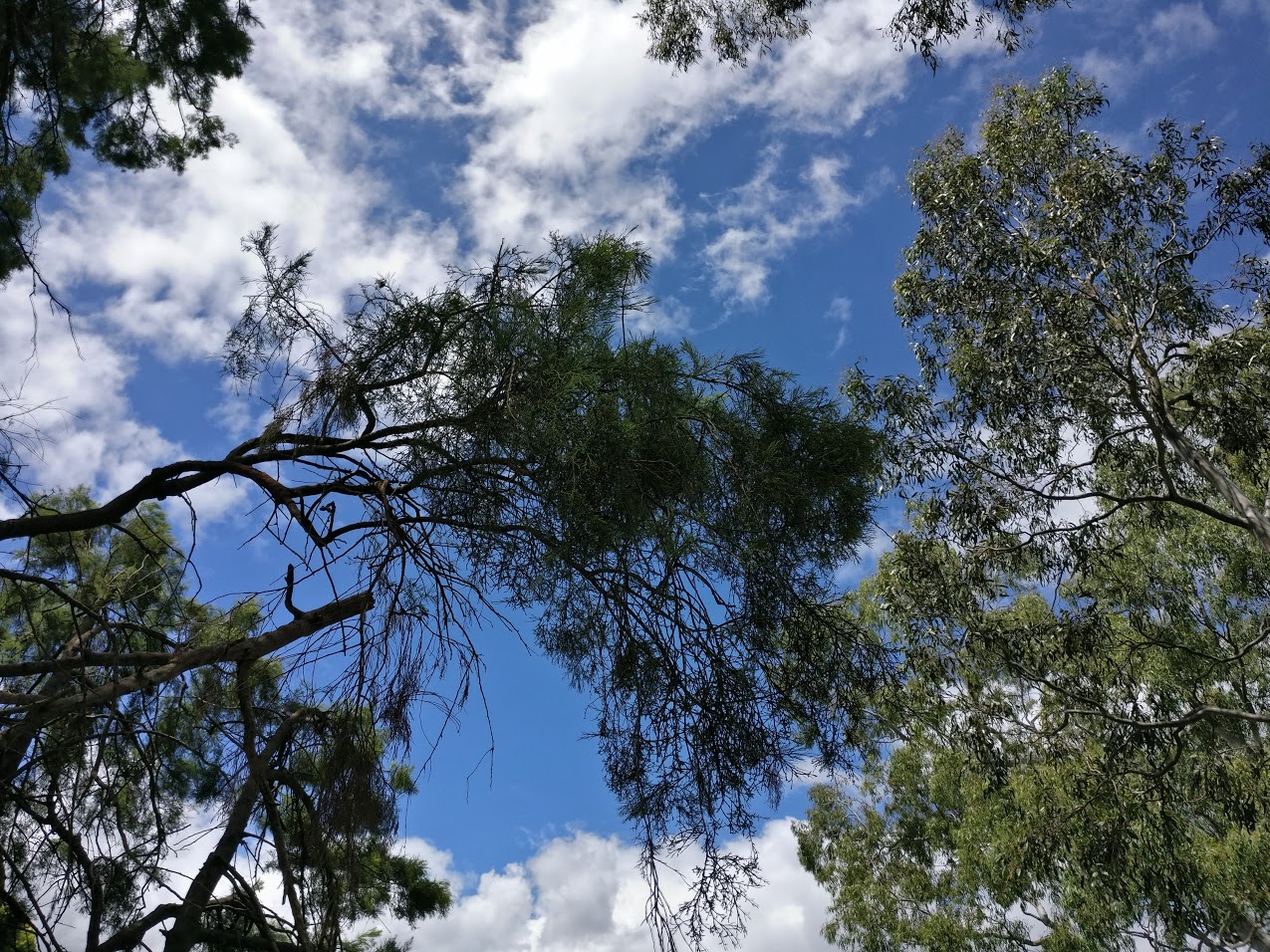 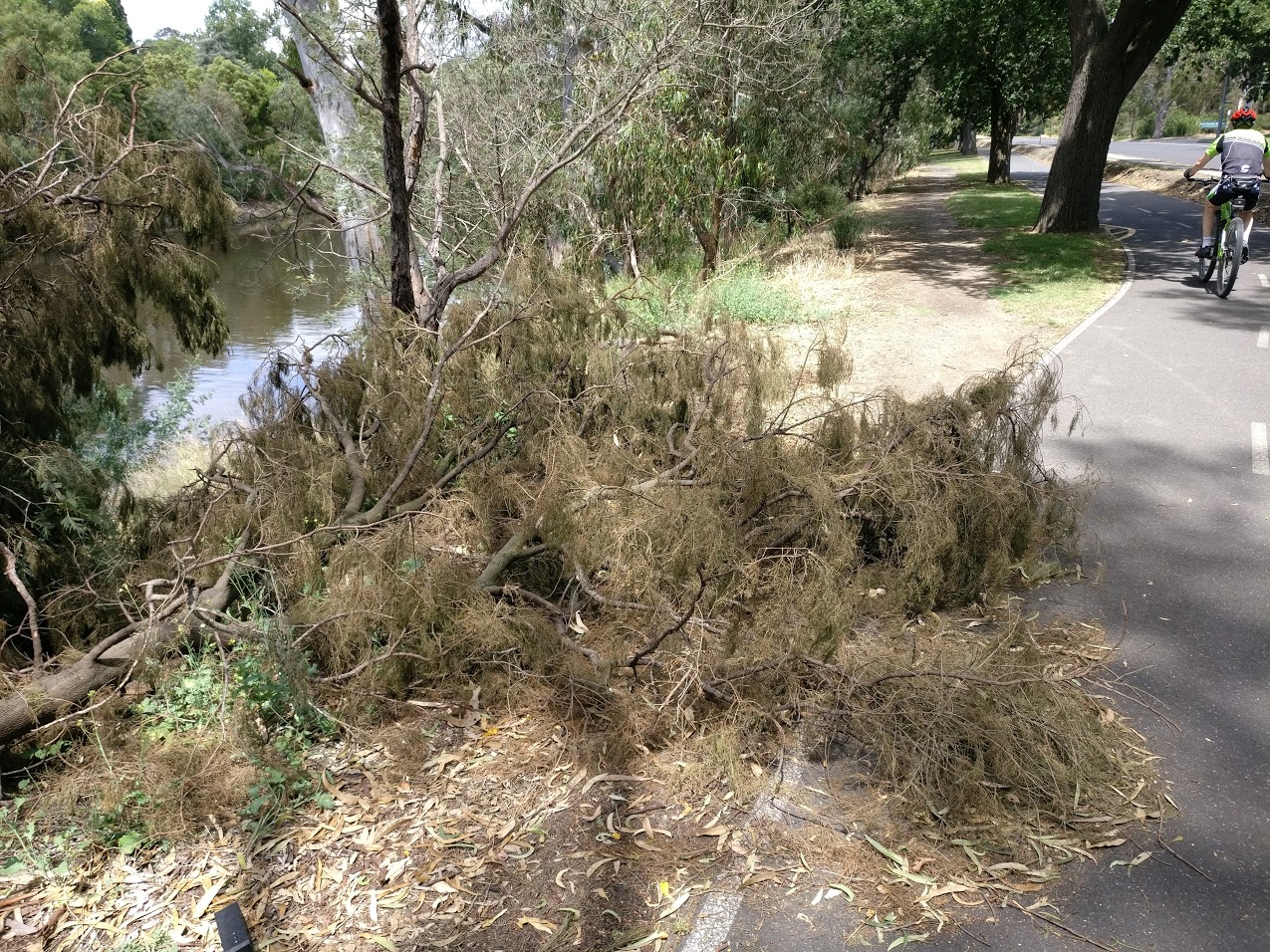 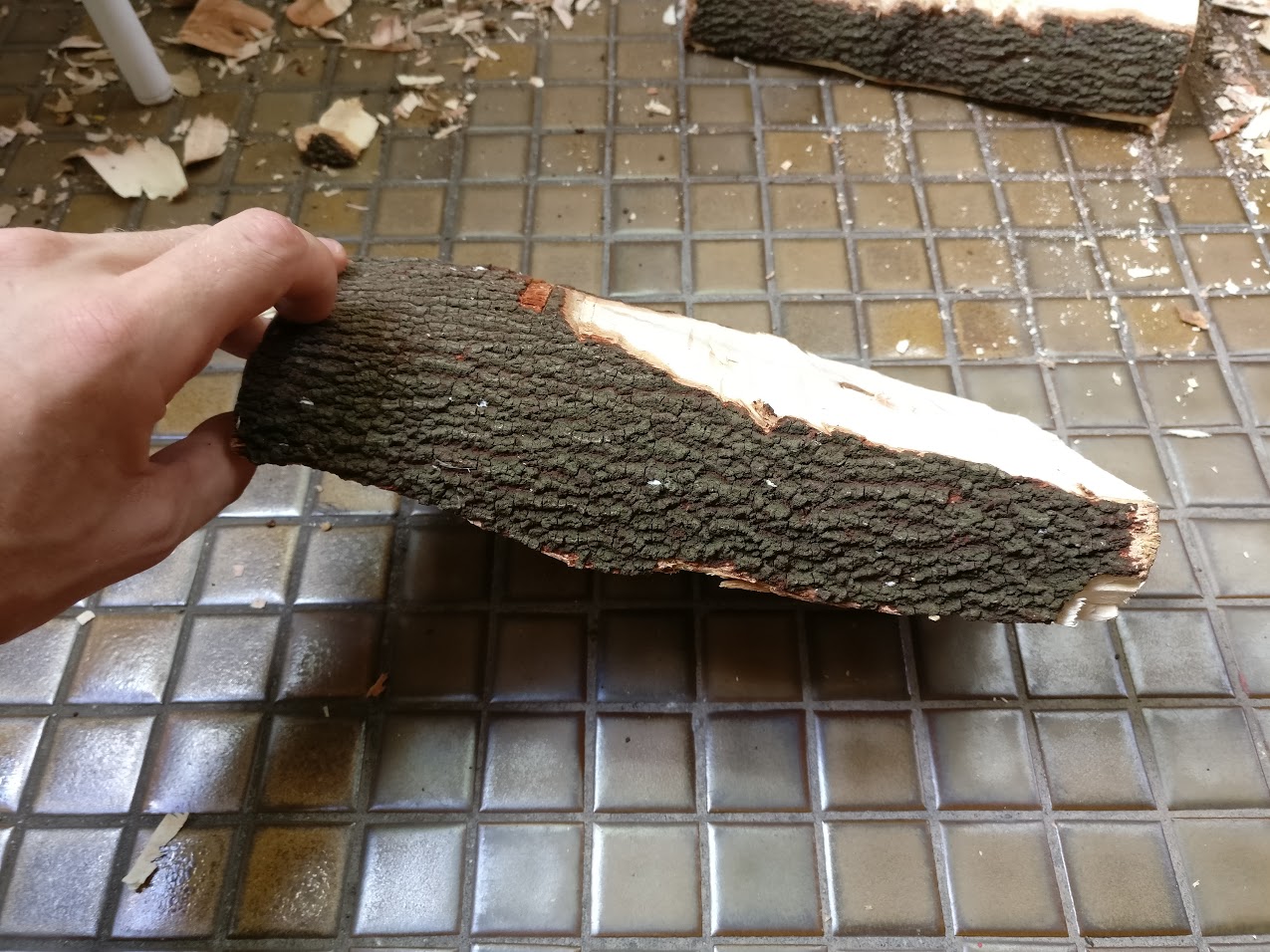 (Link to imgur album with all images)

It was growing next to the Yarra River (maybe 10 meters from the bank) in Melbourne. At first I thought it was a type of pine however this page says Australian pines at not actually true pines. It does look much like some of the images of Australian Pine Casuarina equisetifolia

However the Wikipedia page for Casuarina equisetifolia says there are 2 subspecies, equisetifolia and incana. Equisetifolia is only found in Southeast Asia & northern Australia so that rules that one out. Incana is found on the east coast of Australia (eastern Queensland, New South Wales) - could it also be found as far down south as Melbourne?

I've also compared it against all the pines on this site as it specifically shows Australian species.

From there I thought it looks a bit like a Port Jackson Cypress Pine Callitris rhomboidea but the needles look longer and narrower.

I think it also looks a little like a Narrow Leaved Wattle Acacia linearifolia if you ignore the yellow flowers.

I'm carving a spoon out of some of it's wood so would like to know for sure what species it actually is. Any help greatly appreciated.

I went back to the tree to get some more photos but the whole tree had fallen in the river! 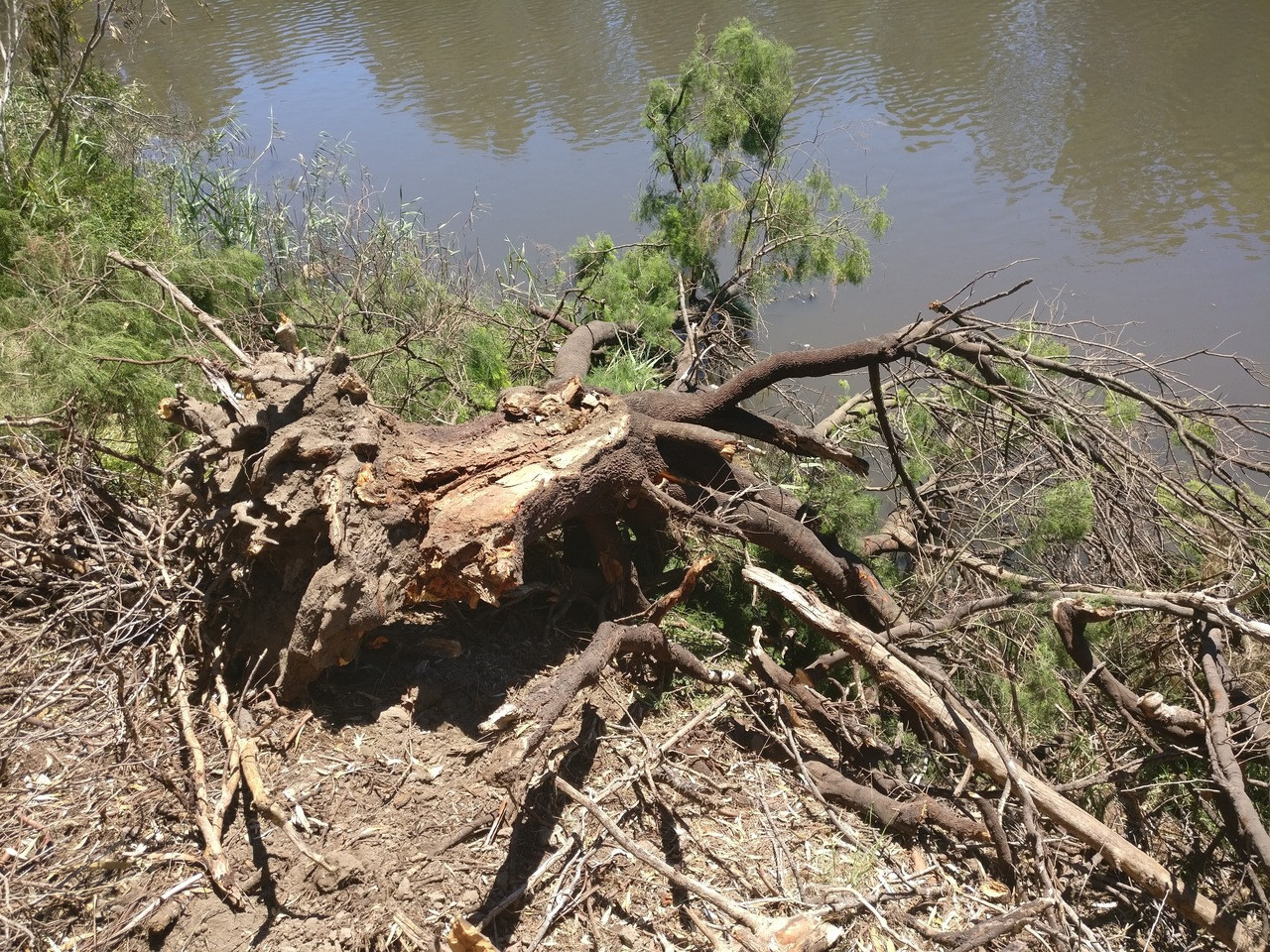 I did get a branch off it however to get a close up of the nodes / internodes but I could not find any seeds or cones. 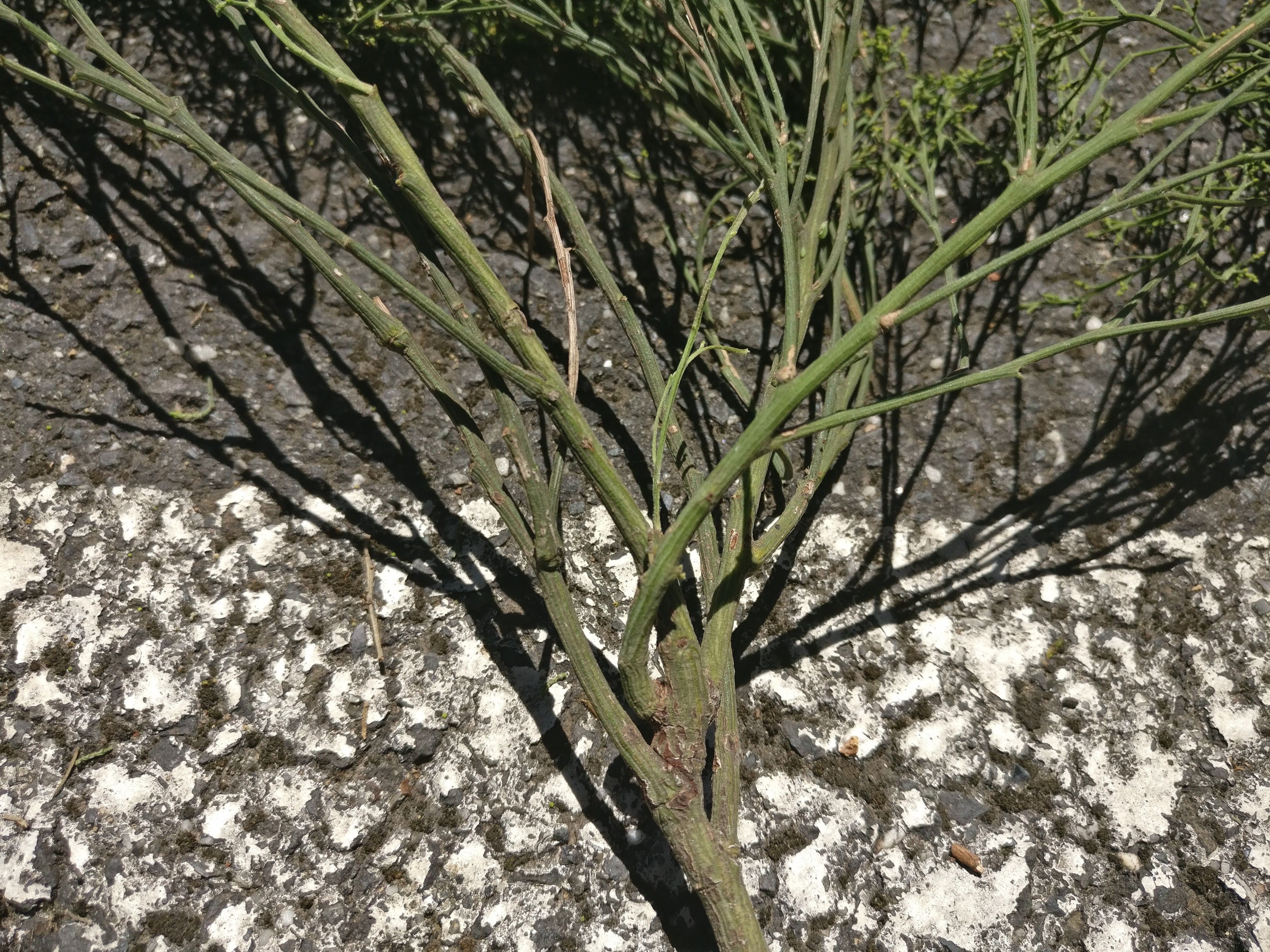 I've tried to get a close up of the apical portion (the top bit right?). My twig sample has started to dry up a bit so this is the best I could get. 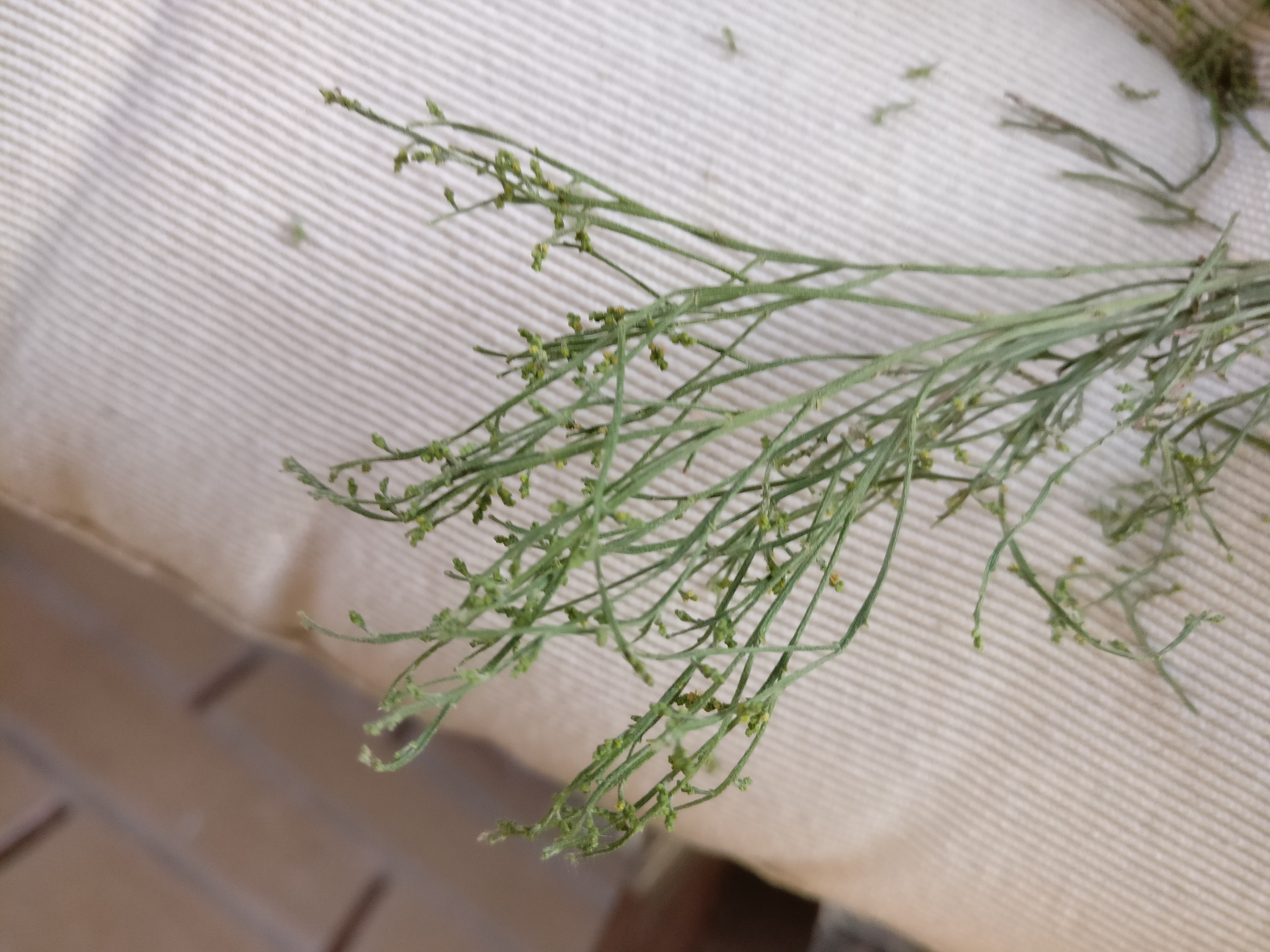 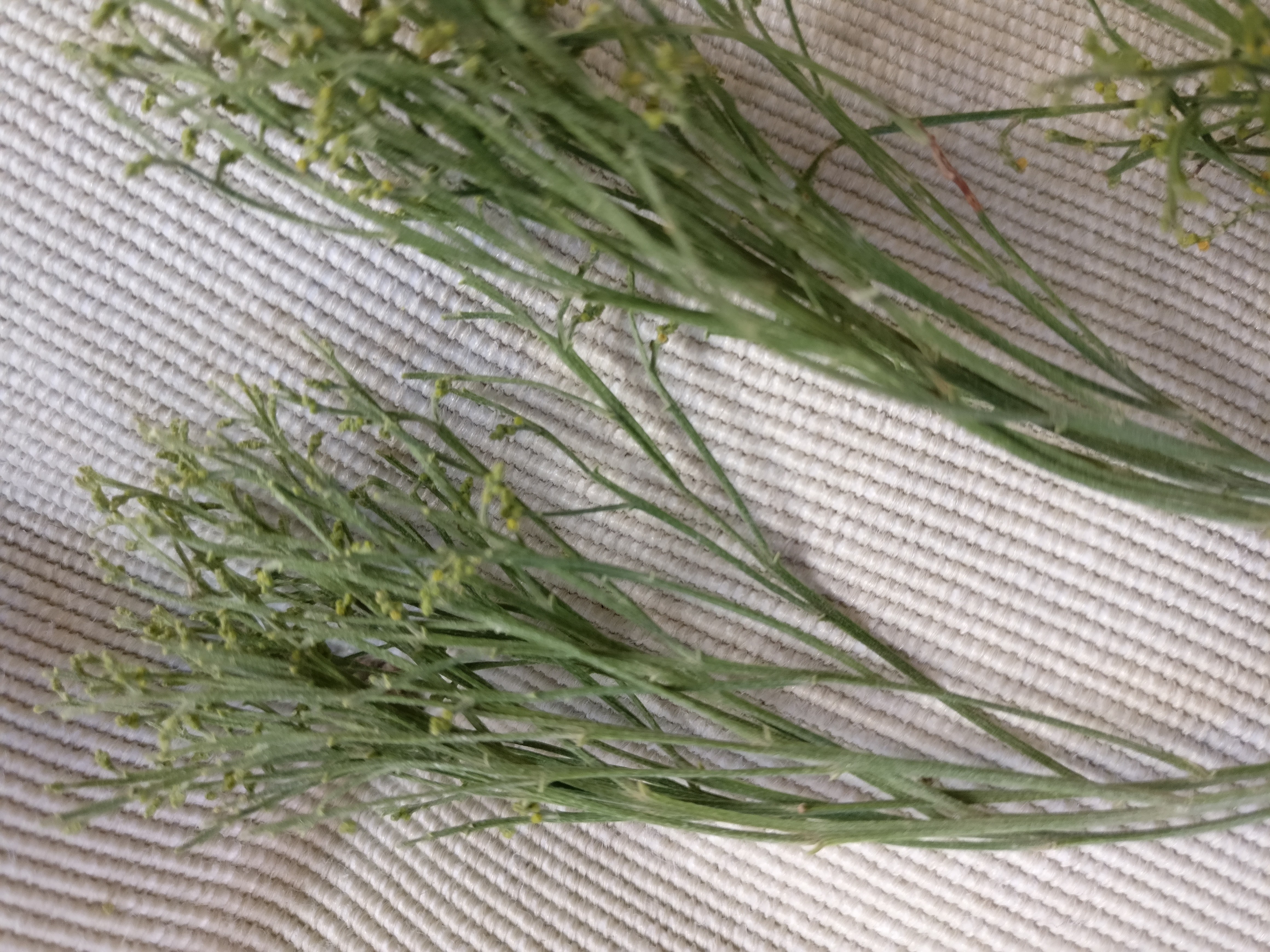 Due to my last pictures being rather fuzzy I got out the DSLR and the tripod. These photos are very high res and around 8mb each so may take a while to load... 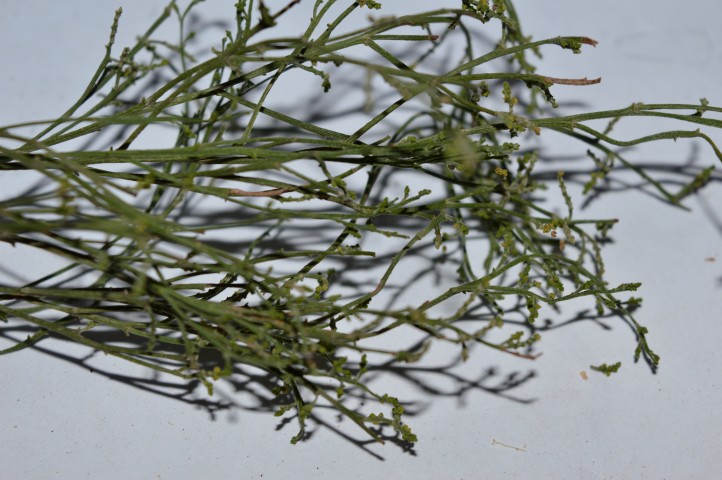 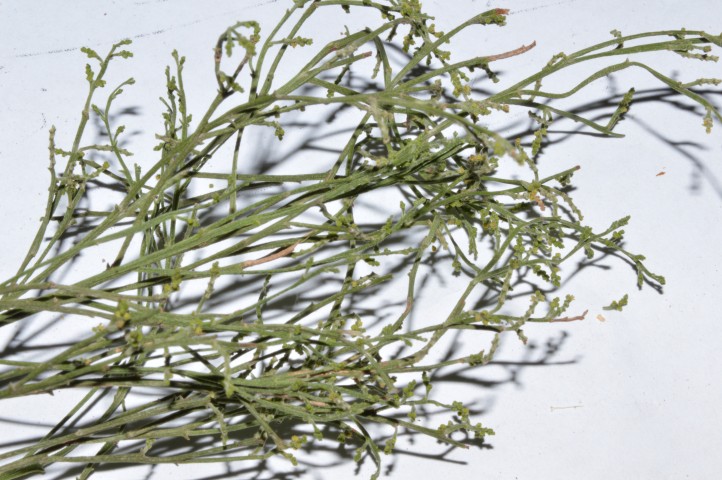 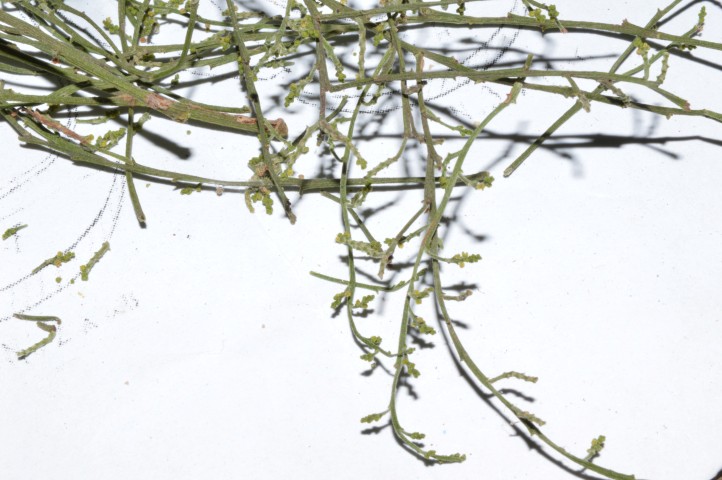 I did some research following the latest answer on species of Exocarpos. I believe it is Exocarpus cupressiformis as well.

You can refer to this Australian website for a key to determine the actual species of Exocarpos : http://plantnet.rbgsyd.nsw.gov.au/cgi-bin/NSWfl.pl?page=nswfl&lvl=gn&name=Exocarpos#4

Also, as I researched, I found other Exocarpos species to mismatch with your images, except for two; Exocarpos cupressiformis and Exocarpos strictus. One mismatch of E. strictus was with the way flowers were arranged in your last few pictures.

Find below the pictures of flowers of E. cupressiformis (First) and E. strictus: 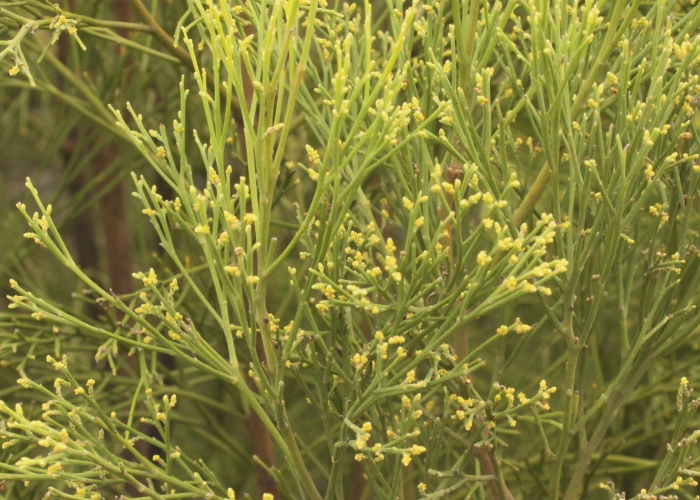 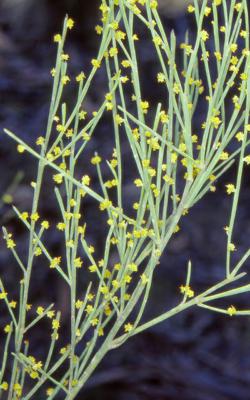 You can see that E. strcitus has the flowers blooming on stem edges and not at all on tips. In contrast, your images show flowers clustering at tips just like E.cupressiformis.