Worm found inside of wahoo

A fisherman from Hawaii wrote the following:

This Fat juicy worm lives inside of every Wahoo that I catch. Inside the stomach. Right at the junction to the intestines. Sometimes there are two.

What is this parasite? 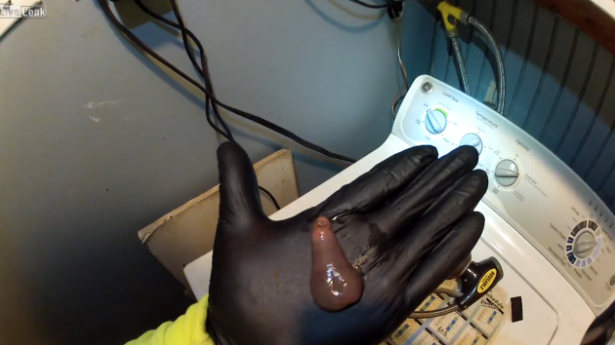 It is a platyhelmith parasitic to Wahoo fish, feeding on its blood and found inside the stomach. It makes 98% of Wahoo's parasitic infections.

It is a fleshy worm that varies in size and shape; with extended worms the size of a mans finger and contracted ones about the size of a walnut.

It requires two hosts to complete its lifecycle; a snail and a wahoo fish.

A picture from National Geographic Society

Not the answer you're looking for? Browse other questions tagged species-identification ichthyology parasitology or ask your own question.

3
What are all possible vectors for unicellular human parasites?
11
Small worm living in some kind of cocoon, what are these animals?
4
How do taenia form a species?
18
Help identify this worm-like thing
3
Black/dark-red smooth West African worm, full of red blood
1
Prokaryote or just a small worm
6
What is this white/translucent with brown back, larva/worm creature I found, in the UK, on my lettuce?
1
Identifying very tiny worm
6
What are these creeping cacti tendrils?