Can you help with insect identification? (Outback Australia)

This was in my child's shoe that was left outside. They got it out of the shoe and it went on the wall where they measured it. The body is approx 3 cm and from head to tail it's 6 cm. Any help would be greatly appreciated!

We are in central Australia in the Outback. 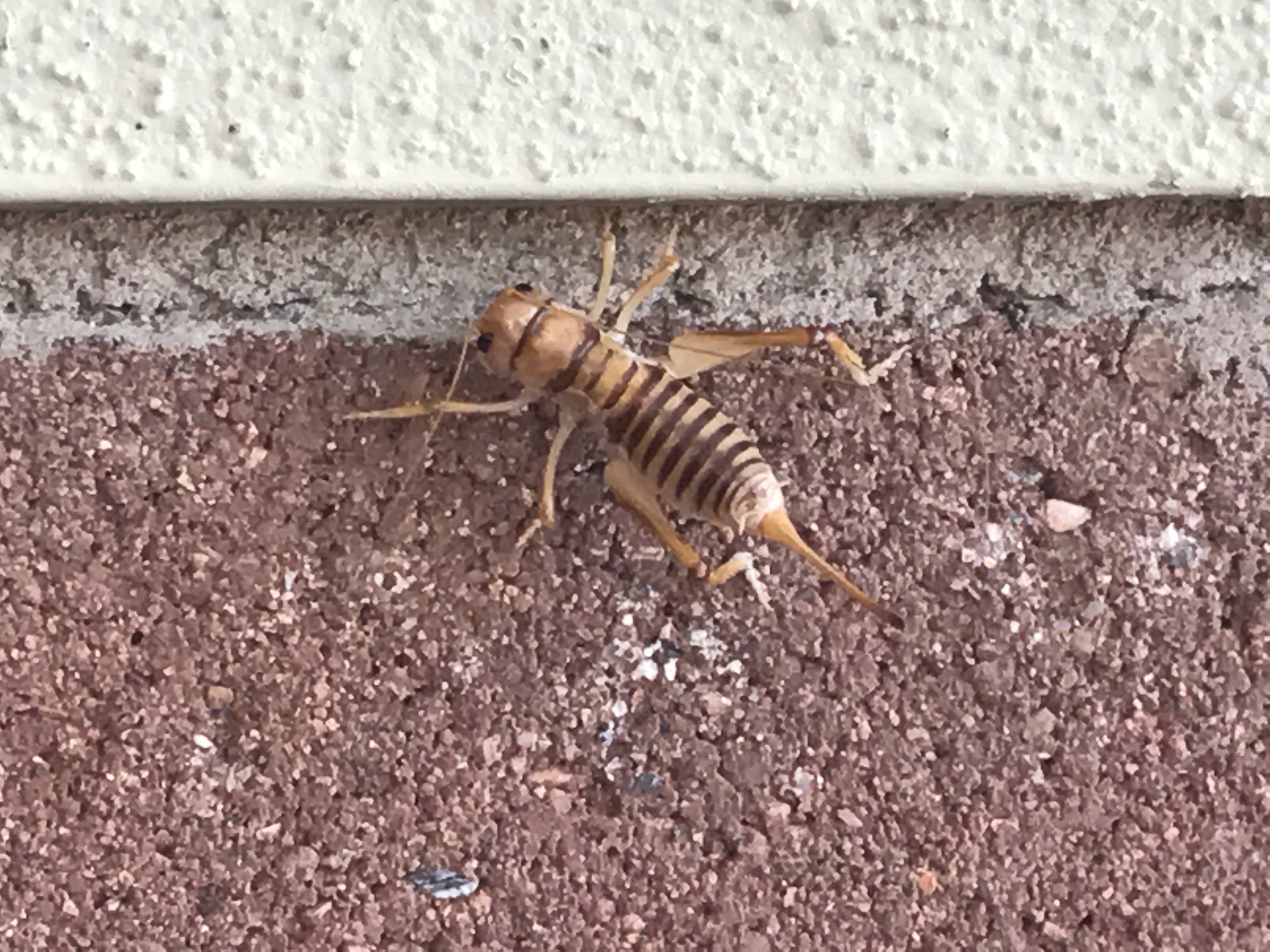 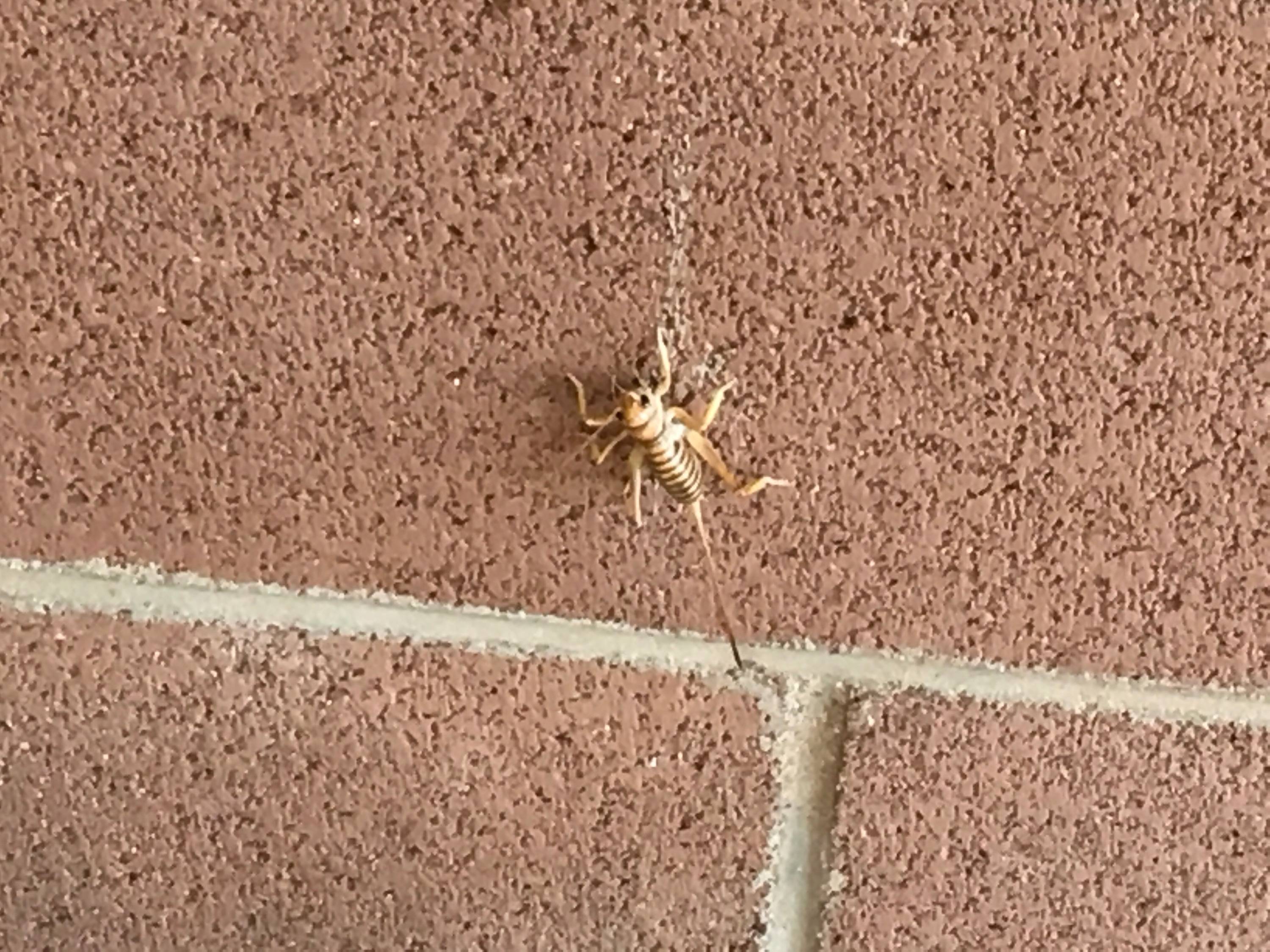 species-identification zoology entomology
Share
Improve this question
edited May 23, 2017 at 15:29

This is a member of the family Anostostomatidae, but given its sex is unlikely to be placed further (many Orthoptera are best identified on the basis of males, including this family). There don't seem to be internet-based identification tools for the group (but the page http://bie.ala.org.au/species/urn:lsid:biodiversity.org.au:afd.taxon:a8042a0a-f34e-4ae3-ab86-5306b9176774#gallery shows a number of specimens and living examples, the latter usually taken only to family); Chapter 5, "Australian king crickets: distribution, habitats and biology (Orthoptera: Anostostomatidae)" in the book The biology of wetas, king crickets and their allies appears to be the best option I've seen that might allow a further identification.

The insect you have is commonly known as a Weta. The Weta covers over 70 species, two superfamilies (Stenopelmatoidea, Rhaphidophoroidea) and two families (Anostostomatidae and Rhaphidophoridae).

I believe this is from the Superfamily Stenopelmatoidea and Family Anostostomatidae. Let me let me tell you why.

The two families are separated based in part of their anatomy of the ovipositor - to be non-technical: the stringer-looking projection on its butt. This is a tubular organ through which the female insect deposits its eggs. 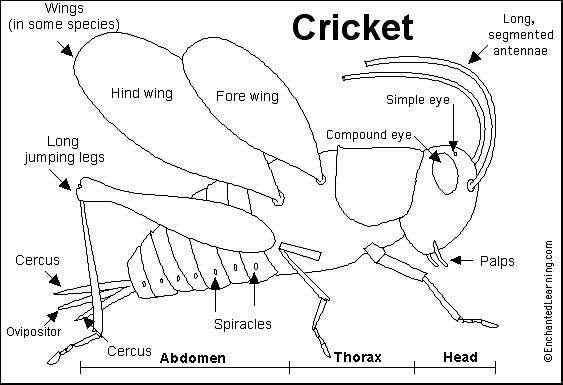 From “The Biology of Wetas, King Crickets, and their Allies” the main differences between Rhaphidophoridae and Anostostomatidae are as follows:

Anosto-stromatidae are characterized by dissimilar ovipositor - The lower part of the upper upper valae are inserted in special furrows of the lower valvae.

If we take a look at your first picture again, you will notice that there is a furrow going around the ovipositer. This why I believe it is from the family Anostostomatidae. 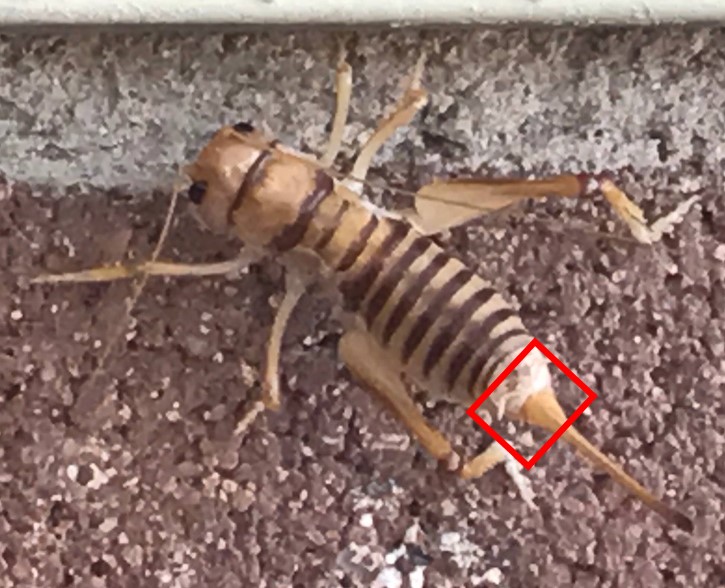 Finding the correct genus is a little more difficult. Nearly all 70 species of Weta are located in New Zealand and Australia. Here is a pretty good summary of the different Weta Species. I would say this is a female tree Weta, more specifically the Hemideina femorata. 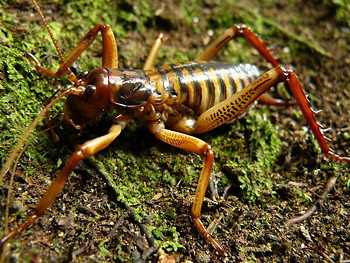 Interesting side note, the Giant Weta is considered to be one of the heaviest insect in the world, with one female weighing in at 2.5 oz!!

Graham Chiu had it right, he's just posted a picture of a male (they are highly sexually dimorphic) - the female is lighter in colour and has an ovipositor, while the male is dark with curved cerci. The book that has been mentioned a few times (The biology of wetas, king crickets and their allies) is a great resource, I have it on my desk at the moment actually. I am studying a close relative of these creatures, the Wellington tree weta (Hemideina crassidens) and the females look very similar to these ones - see my profile pic for one of my girls! We get weta in the city when they belong in the bush, they travel in vehicles, on clothes, on other animals, they're pretty good at getting around, so I wouldn't be surprised if one managed to make its way to the outback. 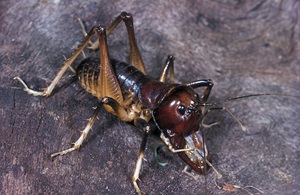 8
Species Identification: Waterborne larvae, Texas USA
5
Can you do better than "Sock-Wasp"?
16
Australian Tree Identification - maybe pine?
2
Help identifying an insect (I think it was an insect)
4
I really need some help with a plant identification