What is the difference between "Bisphosphate" and "Diphosphate" in biochemistry? 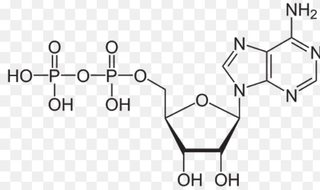 As you can see in the above structure of ADP(Adenosine di-phosphate), the two phosphate groups in the compound are directly attached to one another. So it is named as di-phosphate. [Source] You can see this table for more examples.

Not the answer you're looking for? Browse other questions tagged biochemistry terminology or ask your own question.