What kind of (cinnamon?) tree is this?

This tree was found in the rainforest on subtropical Japanese islands. At first I thought that it was a camphor tree, which are indeed common in Japan. However, the leaves are slightly different and elongated, and the fruit has a sharp tip and is much larger than that of camphor trees. The bark is very aromatic and smells like good cinnamon, perhaps a bit peppery. Any ideas? 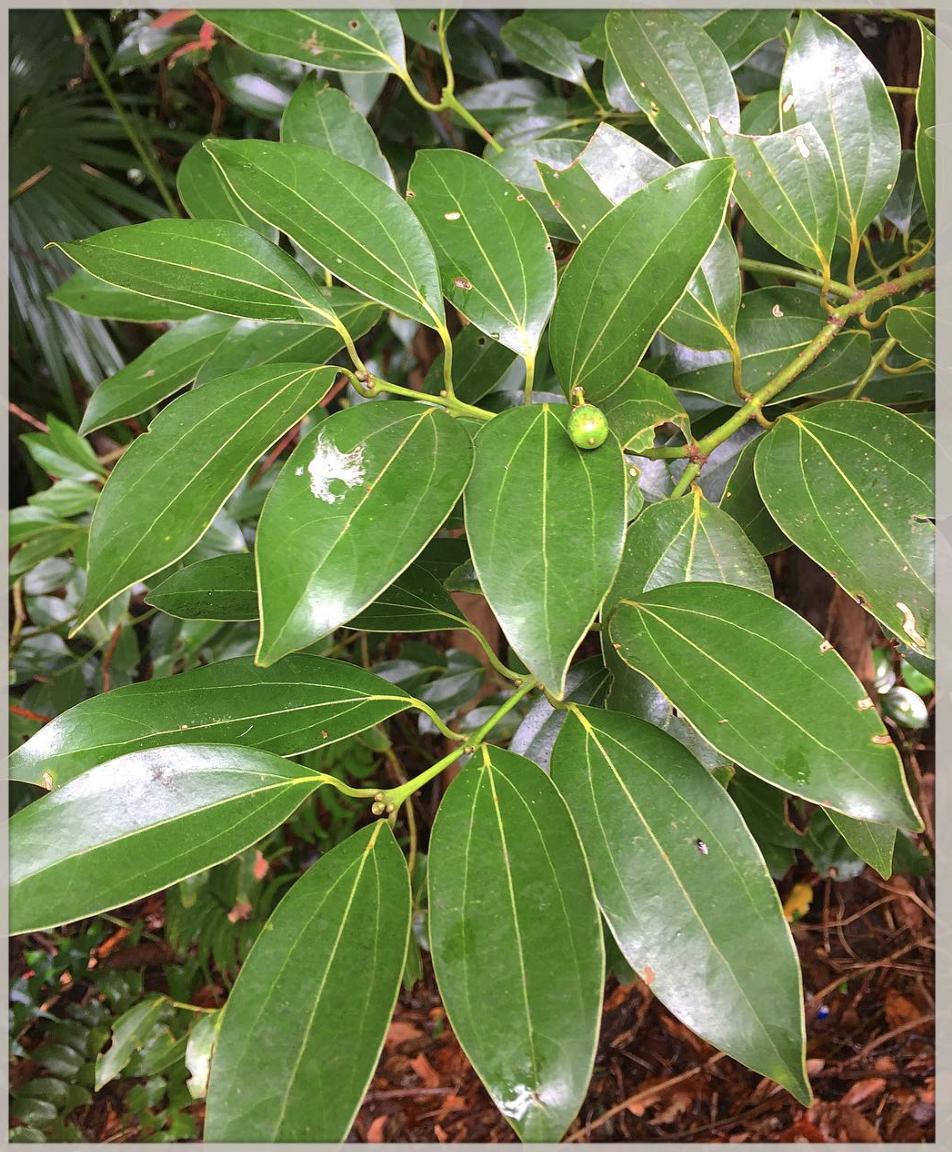 This is the Japanese cinnamon, Cinnamomum tenuifolium, or "Yabu Nikkei" in Japanese. It smells like cinnamon and is found from the middle of Honshu (Fukushima prefecture and southward) throughout Shikoku, Kyushu, Okinawa, and into China. It is the native and more commonly found cinnamon species in Japan that grows wild in forests. The other species is Cinnamomum sieboldi, which was introduced to Japan in the early 18th century from its native Indochina via China. C. tenuifolium is distinguishable from C. sieboldi by its much more symmetrical arrangement of leaves, as depicted in your photograph.

This page also details the differences and similarities to other related species in Japan, however it is only in Japanese: