Why is a magnesium ion essential for ATP activity in enzymic reactions?

The Wikipedia entry on Magnesium in Biology includes the following:

ATP (adenosine triphosphate), the main source of energy in cells, must be bound to a magnesium ion in order to be biologically active. What is called ATP is often actually Mg-ATP.

I don't understand why magnesium is essential for breaking the high energy bond in ATP?

As far as I know there are two main reasons for this:

In general, Mg2+ interacts with substrates through inner sphere coordination, stabilising anions or reactive intermediates, also including binding to ATP and activating the molecule to nucleophilic attack (wiki) 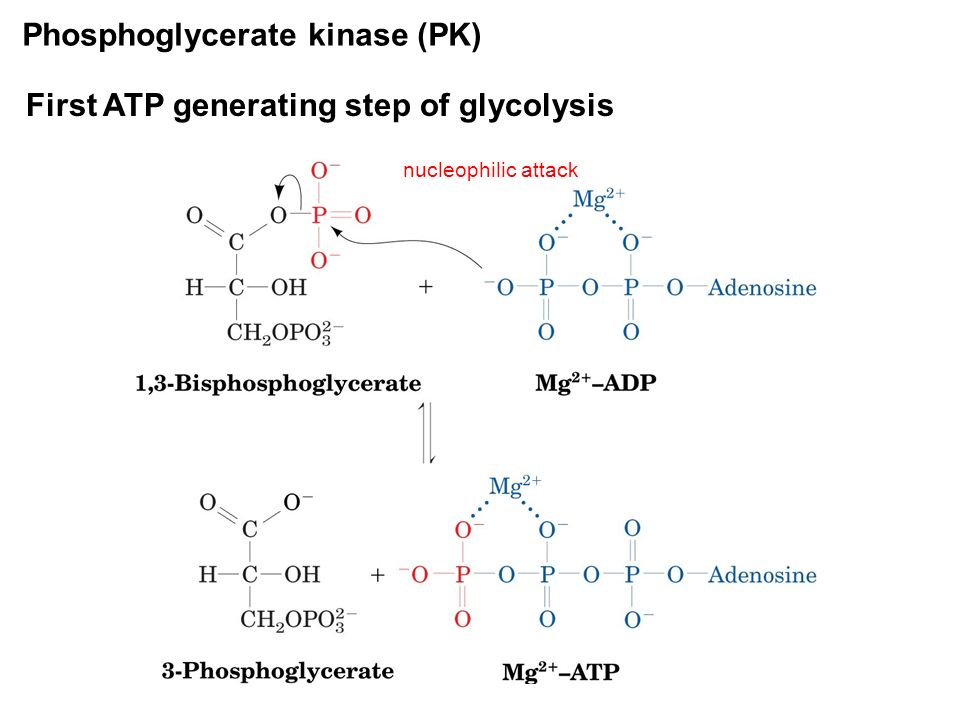 - assists in the leaving a pyrophosphate group and may also facilitate the cleavage of the bond between the α- and β-phosphates by its electron-withdrawing effect. (source)

wouldn't the presence of mg hinder release of phosphate?

As with all reactions this is dependent of the concentration of the molecules involved as stated here:

The Gibbs free energy change (ΔG) due to ATP hydrolysis depends upon the concentrations of the various participants in the reaction. When the concentrations are farther from their equilibrium values, the absolute value of ΔG is greater. Under “standard” conditions (i.e. concentrations of 1M for all reactants except water which is taken at its characteristic concentration of 55M) the Gibbs free energy of ATP hydrolysis varies from -28 to -34 kJ/mol (i.e. ≈12 kBT, BNID 101989) depending on the concentration of the cation Mg2+. The dependence on Mg ions occurs because the positively-charged magnesium ions help to stabilize the ATP molecule. However, in the cell the conditions are never even close to the standard state values. (source)

The answer by Rick Beelo discusses the role of magnesium ions in relation to catalytic mechanism, but does not include a more general and long-accepted role of the ion. This is to hold the triphosphate ‘chain’ of ATP in a specific conformation and in this and other ways to enhance the binding to the enzyme, an essential initial step in the catalysis of any reaction involving ATP. Thus, in a section of the standard undergraduate text book, Berg et al. one finds the following:

How does the binding of the magnesium ion to the nucleotide affect catalysis? There are a number of related consequences, but all serve to enhance the specificity of the enzyme–substrate interactions by enhancing binding energy.

Second, the interactions between the magnesium ion and the oxygen atoms in the phosphoryl group hold the nucleotide in well-defined conformations that can be specifically bound by the enzyme…

…Third, the magnesium ion provides additional points of interaction between the ATP-Mg2+ complex and the enzyme, thus increasing the binding energy.

This latter point can be seen in the 3D structures of ATP bound to enzymes, illustrated in Figure 9.50 of that edition, where the ATP interacts with an Asp residue through two water molecules bound to the magnesium ion:

Not the answer you're looking for? Browse other questions tagged biochemistry molecular-biology metabolism enzymes energy or ask your own question.

3
Why magnesium ion is needed for activity of G-proteins?
0
In which reactions of glycolysis is magnesium involved?

25
ATP cost for gene expression
3
How does the cell regulate different metabolic pathways?
6
What is the ultimate source of ADP/ATP in humans?
14
Origin of the biochemical term, Pi (inorganic phosphate)
0
What are the (evolutionary) advantages of secondary transport?
3
Why magnesium ion is needed for activity of G-proteins?
1
How important is getting enough glucose for maximal brain performance / cognition?
0
What is the role of pyrophosphatase in RNA polymerization?
0
In which reactions of glycolysis is magnesium involved?