Neuroscience of temperature regulation and perception

The hypothalamus is known to be important in the regulation of body temperature, but I'm curious whether anyone knows about the neurocircuitry of perceived temperature. It seems like there could be a difference between how warm/cold someone feels and the temperature to which their body is trying to adjust. Intuitively, I'd imagine that any apparent difference in these has to do with some sort of delayed feedback that is experienced before the autonomic nervous system can kick in. Does anyone know something more about this?

I've found a good resource for this--an open-access review by Nakamura, "Central Circuitries for Body Temperature Regulation and Fever." In it, the author provides a nice summary figure of the circuitry involved in temperature regulation (see below). As I suspected, the hypothalmus is pretty central to temperature regulation. I had forgotten about the involvement of the peripheral nervous system in responding to environmental temperatures, which, now that I think about it, makes some amount of sense, but is still pretty interesting. It appears that there's a difference in the specific circuitry and neurotransmitters used in responding to warm and cold temperature (especially GABA v. 5-HT), so I think a reasonable hypothesis regarding the basis of individual differences in the perceived temperature of an external environment might be differences in peripheral 5-HT systems (in addition to differences in body composition). Perhaps someone with a background in the peripheral nervous system could speak to this better than I can, but single nucleotide polymorphisms (SNPs) leading to differences in central 5-HT systems has been an active area of research in the neuroscience community of late (e.g., Nordquist & Oreland, 2010, Gonda et al., 2010), which I think lends some face validity to this idea. 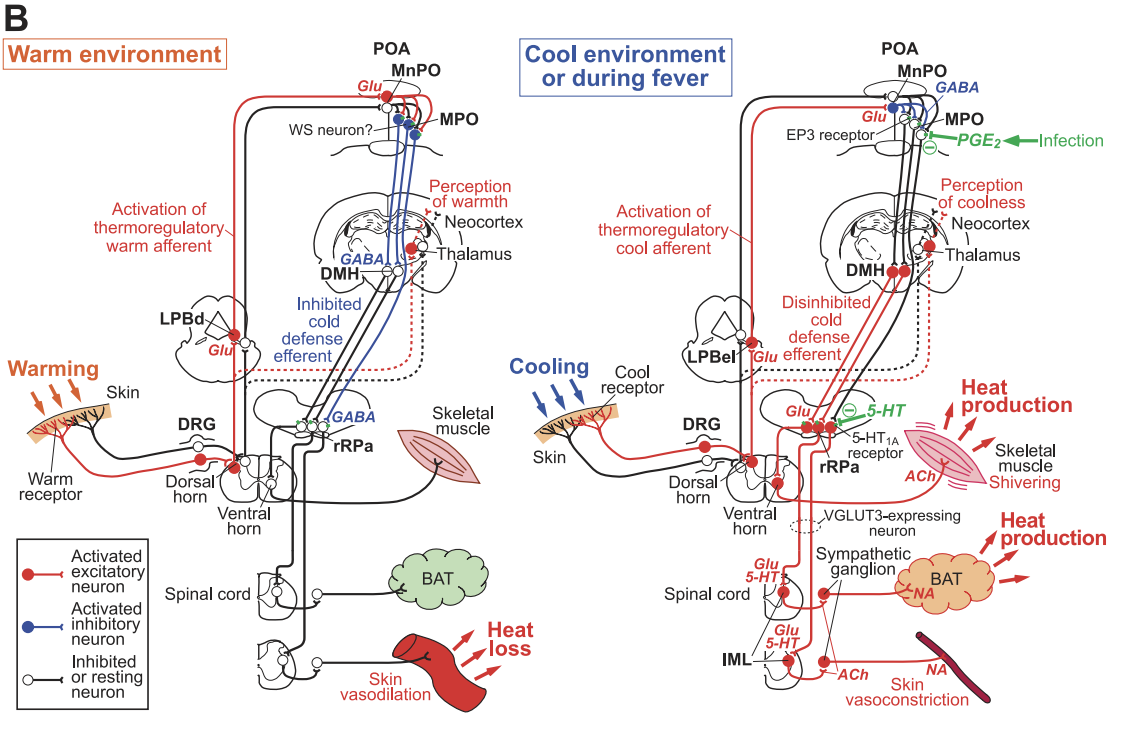 Not the answer you're looking for? Browse other questions tagged neuroscience temperature or ask your own question.

25
How is temperature sensed?
2
Temperature Tolerance In Relationship To Body Temperature
7
Does body temperature affect human lifespan?
2
Scrotal temperature and vascularization
2
Evolution, self organization and neuroscience
8
Why humans have the temperature they have?