Determining net charge of amino acid at given pH

I am trying to calculate the net charge on an amino acid, but I seem to be doing it wrong. The question I am trying to answer is "In a pH 7.0 buffer, what will be the charge of Methionine?" We are referred to a table that gives us the following information:

Yet my answer book says that the net charge would be zero! Are 5.74 and 7.0 "close enough" that we can consider net charge to be zero still? If so, what is the standard permissible 'fuzzy' range? If not, then what is going on here?

You are right in your reasoning: at any pH for any titratable group, there is a distribution between the protonated and deprotonated species. We can calculate this distribution and therefore the average charge of the species with the Henderson-Hasselbalch equation:

Plugging in the numbers, we get:

To state it another way, ~99.9981% of the carboxyl groups are in the deprotonated (negative) state and ~99.3872% of the amino groups are in the protonated (positive) state. The average charge of methionine at pH 7 is simply the sum of these mole fractions, accounting for the charge of each species, and is approximately equal to -0.006109. I assume your textbook is rounding.

You can plot these functions to see how charge varies with pH: 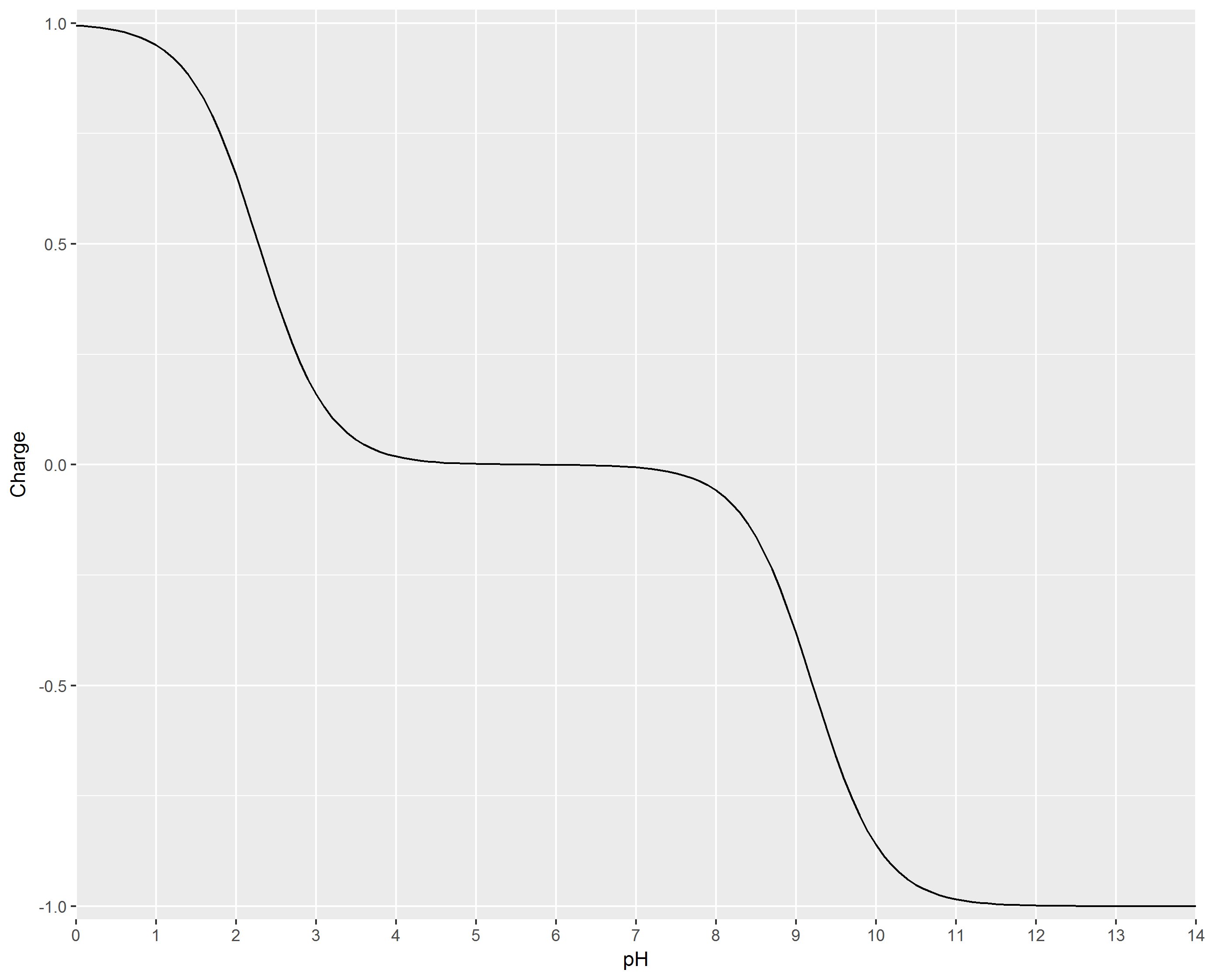 Not the answer you're looking for? Browse other questions tagged biochemistry ph or ask your own question.

4
Amino acid profile of GPCRs
4
Essential amino acid codons
3
How do CO₂ and carbonic acid (H₂CO₃) work in buffering the blood?
4
Amino acid compatibility
5
What are 'acid stable' amino acids?
1
How do you calculate the charge on a polypeptide chain with changing pH?
0
Numbering amino acid residues